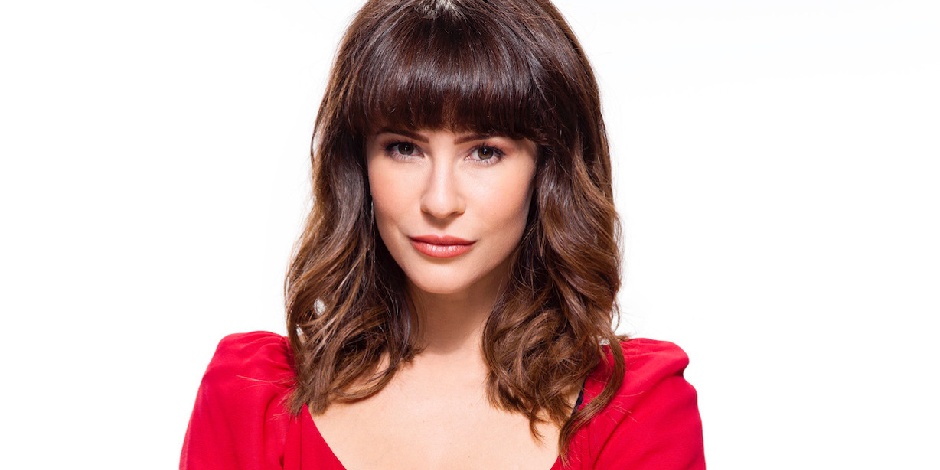 Linsey Godfrey is a popular actress from the United States who is known for her role as Caroline Spencer in the television series, The Bold and the Beautiful and as Sarah Horton in Days of Our Lives.

Where was Linsey Born and Raised?

Godfrey was born on 25th July 1988 in Bartow county in Florida, United States with the name Linsey Michelle Godfrey. She thus inherits American nationality and white ethnicity from her mother Char Giggs. There is no information regarding her biological father but she has a step-father named Ronnie Griggs.

Godfrey falls under the birth sign Cancer and she has straight sexuality. She grew up in a city called Stuart of Martin County in Florida. Godfrey was diagnosed with Hodgkin’s lymphoma when she was 18 years old and received 7 months of treatment.

Godfrey was educated in her hometown, Stuart where she completed her high school at South Fork High School. She then moved to Los Angeles to pursue her acting career.

How did Godfrey Start her Career?

Linsey Godfrey made her acting debut in 2005 with the tv series, One Tree Hill as Barbara. She made her breakthrough in 2012 with the regular role in the American tv soap opera, The Bold and the Beautiful as Caroline Spencer alongside Musetta Vander, Adain Bradley, and Anna Maria Horsford.

For her performance, she received 3 Daytime Emmy Award nominations and a Soap Awards France nomination. In 2018, she landed another regular role in the series, Days of Our Lives as Sarah Horton alongside Randy Hamilton and Geoff Pierson for which she was nominated with her 4th Daytime Emmy Award in 2019.

Godfrey made her film debut in 2008 as a short brunette girl in The House Bunny alongside Matt Barr. She landed her first main role in the 2013 thriller film, The Culling as Amanda. Following year, she starred in another science fiction horror film, Altergeist as Sarah. Her other film appearance is The Assignment, My funny Valentine, fatal Fashion, and so on.

Who is Godfrey in a relationship with?

Godfrey is currently in a relationship with American actor and musician, Breckin Erin Meyer. They started dating back in 2017 and in 2019 she aborted their baby which she confessed publicly.

Godfrey was previously in a relationship with actor, Robert Adamson back in 2013. She gave birth to her first child, Aleda Seren Adamson in 2014. She later broke her engagement with the Adamson.

In 2015, Godfrey got into an accident by moving a car causing a small injury in her ankles. In 2021, she was diagnosed with borderline personality disorder and bipolar 2.

Godfrey is a socialist and we can see her making several donations. She is an ambassador for NGO INARA.

Godfrey is a health freak. We can see her doing some intense workouts on her social media. Recently, Godfrey has cut her hair short. She also has tattoos on the back of her neck which she designed herself.

What is the current worth of Linsey?

Linsey Godfrey has a net worth of 600 thousand dollars as of the latest estimation. She has accumulated all her wealth through her acting career. She earns about 60 thousand to 120 thousand dollars for her per episode appearance so we can say that she is leading a successful life.