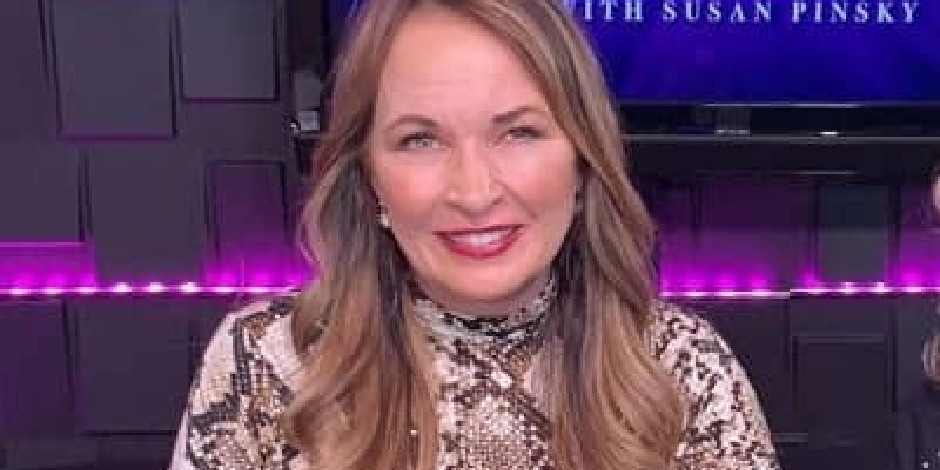 Susan is an American host for the show called Calling Out with Susan Pinsky. She is best known for being the wife of American media personality and addiction medicine specialist David Drew Pinsky. Her husband is also the host of the American current affair program, Dr. Drew On Call, and he is popularly known as Dr. Drew.

Pinsky was born on 22nd December 1959 in a coastal city of California state called Newport Beach. Her birth name is Susan Sailer, but later, she became Susan after her marriage.

Her family details have not been disclosed by her yet. She was born under the birth sign Capricorn. Born in the United States, she has American nationality and belongs to white ethnicity.

Check out the latest updates on Journalist Tracey Anthony

Where did Pinsky go to College?

Susan is an educated woman. She completed high school in her hometown. She joined Orange Coast College in 1987 and studies there for a year. She then attended Pasadena City College following years. After attended the class for a year, she attended the University of California, where she graduated with a Bachelor’s degree in History in 1991.

How did Pinsky start her Career?

Susan runs a podcast called “Calling Out with Susan Pinsky” with Simona Mangiante, an actress and model. She interviews several influential people on her podcasts. The show runs on her husband’s YouTube page called Dr. Drew, where there are 47.7 thousand followers. She is also working in Drew Pinsky Inc as a Vice President since 1992.

Pinsky rather gained fame because of her husband’s success. Her husband is well-known for his talk show “Dr. Drew On Call,” “Loveline,” “Your Mom’s House,” and several others. He talks about various health matters in his show.

In addition, he started releasing his own short series talking about sexual matters, drug addiction of celebrities, COVID-19 talks, several political and other matters. In 2008, he was awarded Larry Stewart Leadership and Inspiration Award.

Check out the latest updates on Meteorologist Melissa Magee

When did Susan and Drew Pinsky marry each other?

Susan first met Drew Pinsky back in 1984. Pinsky was already in a relationship with another guy, so the couple could not continue their relationship. But people who are meant to find their way together back to each other one way or another. The couple soon started dating and tied their knot on 21st July 1991.

In November 1992, Pinksy gave birth to not one or two but triplets. She gave birth to 2 sons and a daughter, namely Douglas, Jordan, and Paulina Pinsky. Pinsky is a great supporter of her husband. She is a proud mother and wife. Her Instagram caption is, “All I do is Dr.Drew!.” The couple currently resides in Pasadena, California, United States.

Pinsky is currently 61 years old, turning 62 in December 2021. She is a beautiful woman with brown hair, which she prefers to blonde sometimes. She has an average body build measuring 34-28-36 inches and possessing blue eyes. She stands 6 feet 6 inches tall, weighing 58 kg. She prefers to put on makeup and dress up.

Check out the latest updates on Allison Chinchar

What is the Current Ner Worth of Susan?

Susan shares her earnings with her husband, who has a net worth of $23 million as of 2021. She also makes her own earning, estimated to be around $900 up to $2 million, which she makes out as a host in her podcast. She is living a luxurious life right now in a mansion in California with her husband. The couple also owns a $1.9 million top-floor condo in Manhattan which he put for sale in early 2019.