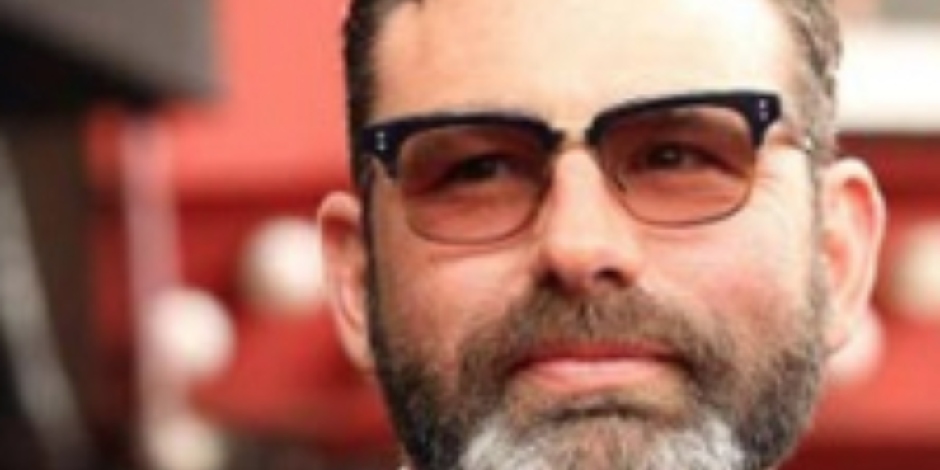 Where was Georges born and raised?

Georges was born on 24th January 1973 in a city in Australia called Perth. Not much information has been disclosed about his parents yet. He grew up in a wealthy family and he has kept her childhood secret. He does have a brother named Pierre Lebar.

Lebar has Australian and American nationality and belongs to white ethnicity. He was born under the star sign, Aquarius.

What does Georges Lebar do?

Georges Lebar is a poet and painter and he has released his own book, Pillowtalk in 2007. His book is a combination of painting and poetry. His second book is Six Inches Away which he released the same year. He has also experience in fashion designing.

Other than that, Lebar is the owner of a 60 thousand acres ranch. He inherited the ranch from his grandparents and it is situated in Douglas, Wyoming. He has also leased a part of his 60 thousand acres of land to other companies. He is filthy rich and he does not care about fame and social media attention. As for his husband, RuPaul is a huge social media celebrity as he runs the show RuPaul’s Drag Race.

Check out the latest updates on fashion Designer Shilpa Reddy

Georges Lebar is a well-educated man. He took fashion designing lessons in prestigious and famous cities like Paris, New York, and Miami. Since he came from a prestigious family, learning from prestigious schools and the university is a simple thing for him. He later chose painting and poetry for his professional career.

Who is the husband of Lebar?

Georges Lebar met his future husband, RuPaul Andre Charles back in 1994 in a dance club called The Limelight in New York. RuPaul was immediately attracted to Lebar’s tall and attractive height and immediately asked him if he could hug him. Things didn’t go any further than that on the bar that day. They met each other again on the private jet of famous English singer and songwriter, Elton John after a week.

Things started getting better between them and the couple started seeing each other. After secretly dating for 23 years, the couple tied their knot on 14th January 2017. Their marriage was also kept secret from public media and the cause for that was to protect their assets. Both of the couples are filthy rich and prefer to have free decisions of their own without any restraints.

As of 2021, the couple is still happily in an open relationship. They don’t have any children yet even though Lebar wasn’t to have one. RuPaul prefers not to have a kid right now due to his busy schedule. The couple themselves meet each other once every 3 weeks due to their busy schedules. He currently resides in Douglas, Wyoming, United States.

Georges Lebar is 48 years old as of 2021. He is 13 years younger than his husband. He stands 6 feet 8 inches tall or about 203 cm and weighs 95 kg or 209.5lbs. He has a slim body build and his towering height and droopy nose are some of his distinctive features. He was already 6 feet 8 inches when he was 12 years old. His sexual orientation is gay.

Check out the latest updates on Dayna Isom Johnson

Lebar is not a social media user. He has kept himself from any social media platform. As for his husband, RuPaul is a social media and television personality. He has over 4.2 million followers on his Instagram where he can be connected by @rupaulofficial. Till today, he hasn’t posted any pictures with his husband.