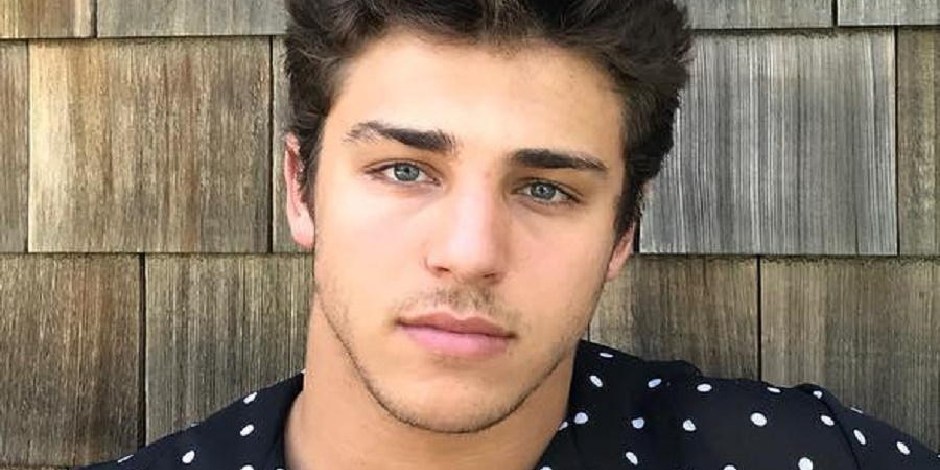 Tanner Zagarino is an American actor, wrestler, and Instagram star is popularly known for his appearance in ‘Literally My Life: By Eva Gutowski,’ ‘Day by Day,’ ‘Pool Boy Nightmare,’ and ‘Vinny Mancuso’s Rules for Good Business.’

Where was Tanner Born and Raised?

Zagarino was born on 19th October 1998 in Los Angeles, California, United States. He was born under the star sign Libra. He is the son of Elizabeth Giordano, a health and beauty influencer and actress, and father Frank Zagarino, who was also an amazing actor of his time but currently serving as a professional trainer. He has an older half-brother, Colton and Frank Jr. He has American nationality and white ethnicity.

Zagarino completed his high school at Mattituck High School. He is currently enrolled at the University of Pittsburgh. He specifically chose Pittsburgh university to improve his wrestling skills.

How did Zagarino start his Career?

Zagarino followed the footsteps of his parents. He started his first acting in 2015 by appearing in a short video called “Literally My Life: By Eva Gutowski.” He further then focused on his wrestling career.

He had already gained huge fame from his social media and modeling career, but he had the burning feeling to prove himself in the wrestling field despite all things. In 2017, he won the state championship, which motivated him to achieve more in his wrestling career.

During an interview with New York Wrestling News in 2017, Tanner Zagarino said, “Wrestling becomes a lot to deal with sometimes,….But I don’t think I could live without wrestling. I wouldn’t be as happy. After I won the state title, and that could be it. But I didn’t feel that way. I know I have a lot more wrestling in me. I haven’t peaked yet.”

In 2020, Zagarino made his television debut with the series “Day by Day” and the movie “Pool Boy Nightmare.” He also appeared in the short film named “Vinny Mancuso’s Rules for Good Business,” starring Vinny Mancuso, which he also took the privilege to write himself. In 2021, he made his short appearance in the tv series “9-1-1: Lone Star.”

Tanner is currently in a relationship with a model named Emily Hall. They have been together since 2019. They hadn’t posted any update about their current relationship yet except when they spent on County Line Beach in Malibu. We believe both couples are living a professional busy career right now.

Tanner is a fun and outgoing person. He loves surfing and traveling. He owns a black dog named Lieu. He also loves to play with small kids. We can see several photos of him spending quality time with his friends and family.

Zagarino is currently 22 years old, turning 23 years in October 2021. He is a fine young man possessing an amazing athletic body. He has an average height of 6 feet 2 inches. He is a wrestler, so he takes extra care of his physical proportions and makes sure it is always in top shape. He has brown hair and blue eyes. His baby smile is probably one of his distinctive features.

Zagarino has an estimated net worth of $1.5 million as of 2021. He makes his earnings from his modeling career as well as from his social media popularity. He has also started making his appearance in television fields. He is living a luxurious life right now.