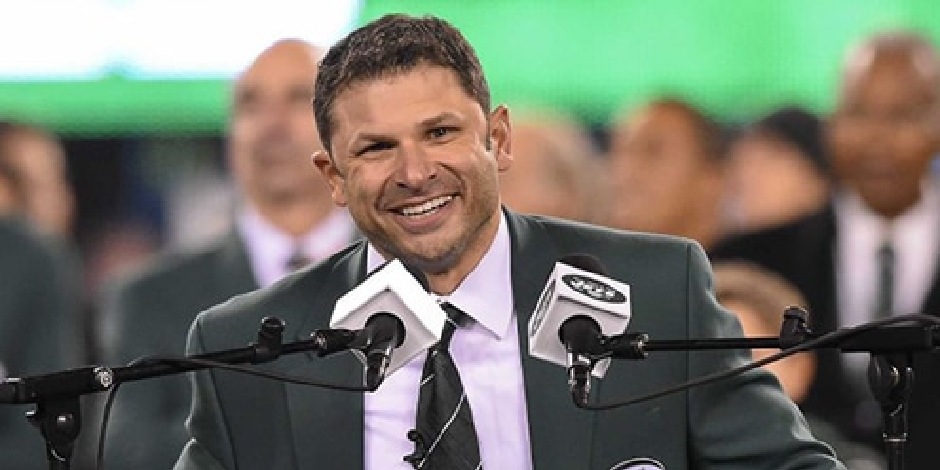 The committed best-giving player, Wayne Chrebet is a former American football wide receiver who has been with the National Football League of the New York jots from the year 1995 to 2005.

Wayne Chrebet was interested in football from a very young age and got involved in high school football at Garfield High School.  After he graduated from Garfield  High School, he then headed to attend the Hofstra University of Long Island. During his high school days, he was one of the top football players in the college, making him think about having a career in this field.

During Wayne Chrebet college days (i.e., from 1991 to 1994 ), Wayne had played so many college and school tournaments, including the single-game receiving yards record (245),  career (31), and touchdowns in a game (five). In addition, Wayne was a four-year letter-winner after receiving yards twice from Hofstra at the time of his Senior season in the year 1994. This also made him the first player in school history to amass  1,000 receiving yards in a single season.

How did Chrebet start his Career?

Talking about his NFL career, at first, this handsome hunk was not even considered for NFL prospect because of his weight. He was regarded as very fragile and inappropriate for playing in the team. After he secured a tryout for the Baltimore Stallions of the Canadian Football League, he got a cut after one day.

Wayne Chrebet was an underrated player from a long before. His potentials were judge time and again, resulting in him proving his talents time and again. Wayne got a big break from his career when he was considered for a walk-on opportunity with the NFL’s New York Jets ( he was one to train Wayne during his college days). Soon after that, he got his entry on the training camp 11th of 11 on the Jets’ wide receiver depth chart. At that time, the NFL team wouldn’t carry anyone more than the number 5 receivers into the season.

The process of underestimating Chrebet started when he got detained at the front gate as a security person thought that he is not one for training because of his fragile looks. He got his entry after the Jets team official summoned a verification for him to enter the camp. He showed his excellent skills during the training period and managed to enter in final 53-man roster team. During the 1995 match held with St. Louis Rams, he was the one to pull 8 receptions, breaking serval tackles on a scramble toward the goal line.

Very soon after that, on October 19, 1996, Wayne was seen hauling 12 receptions for 162 yards with five third-down conversions. After Chrebet caught the 18-yard TD pass from Curtis Martin with 52 seconds left, he gave his team a victory over Johnson’s team. Before his catch, Keyshawn Johnson stated that comparing Chrebet to Curtis Martin was like  “comparing a flashlight to a star.” After his breathtaking performance, the New York media provided  Chrebet the “The Green Lantern.”

Wayne Chrebet had caught passes from strong  13 different players throughout his career, played for several different head coaches, and worked for two different owners. Wayne got a formal honor from the New York Jets on “Wayne Chrebet Day for his great work and skills.”

This handsome 45 years old football player is not dating anyone right now. He is enjoying his life single, and we all can’t wait to get him to settle and give a start to his new life. But surely, single or married, Wayne is the crush of so many girls outside.

Wayne Chrebet has both Instagram and Twitter accounts of usernames @waynejchrebet and @waynechrebet, respectively. He is verified on Instagram and Twitter with 14.9 thousand and 23.3 thousand followers in each account, respectively.  His alluring pictures and tweets keep us engaged about his ongoing situations and projects, which we can’t really ignore.

As he, along with his work, is world-famous, he gets so many opportunities to shine, excluding from football matches. This adds so much to his yearly income and makes $13 million a year, which is a great amount. Apart from that, he owns a few luxurious cars and lands around New Jersey.