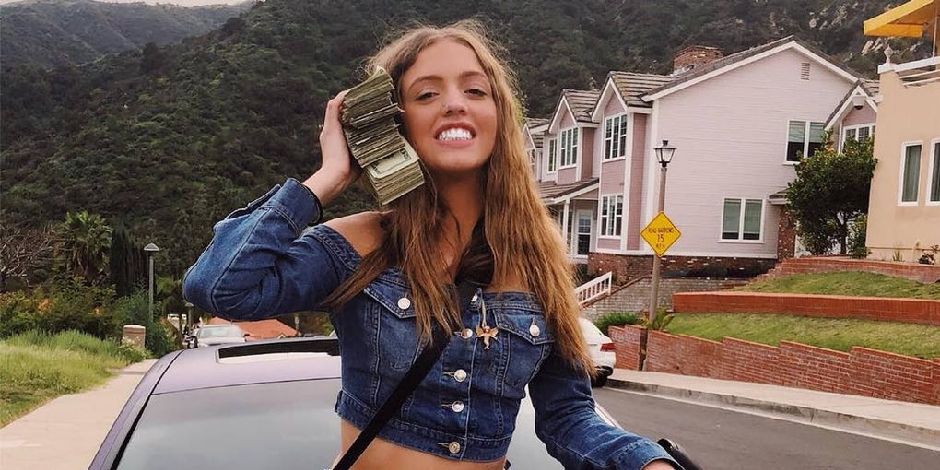 Woah Vicky is a famous American social media personality, famous for posting many beautiful and hot videos on her Instagram and YouTube channels.

Where was Woah born and raised?

Woah Vicky was born on 7 March 2000 in Atlanta, GA, as a daughter of a father, Steve Waldrip, and a mother, Carla Johnson. She has an older sister whose name is Kayla. Currently, she is at the age of 21, and her zodiac sign is Pisces, as she was born on 7 March.

Woah holds an American nationality, and as per her ethnic background, she belongs to the African-American ethnicity.

Woah Vicky grew up beautifully with her sister and mother, where her father never married her mother, Carla.  Her father, Steve, is an influential local real-estate businessman. However, more information about her family members is yet to be disclosed.

For her education, she attended Marietta High School, located in Georgia. After that, she also joined Penn Foster High School, from where she became graduated.

How did Woah start her Career?

Vicky established herself as a social media star as she has gained many followers and subscribers on her social media accounts, including Instagram, YouTube, and more. Because of her popularity, she promotes many bands and products.

Who is Vicky in a relationship with?

Previously, Woah was in a relationship with JJ, but the couple broke up later, and also she started dating Hakeen Newkirk. Later they also broke up because he dated another girl named Shayy Dee, as Vicky considered her like a sister. Currently, she is in a romantic relationship with a TikTok star Deivys Nicola, popularly known by D Rock. The couples started dating each other in March 2020.

They both have appeared in Woah’s YouTube videos, showing their love and affection towards each other. Currently, they are enjoying their romantic life.

To talk about Vicky’s physical statistics, she has a height of 5 feet 2 inches (157 cm/1.57 m) and a weight of 48 kg or 106 lbs. Her body measurements are 33-24-33 inches with a slim body type. She got a beautiful face with blonde hair and dark brown eyes. Her sexuality is straight.

Woah is active on Instagram with the tag name (“@imvoahvicky”), where she has 3.1M followers and posted 381 posts. In addition, she has posted many beautiful and hot pictures and videos on her Instagram account, which received many likes and comments.

Similarly, she also uses a Twitter with the tag name (“@RealWoahVicky”), where she has 23.5K followers and posted 3108 times.

Vicky also has a Facebook page named “Victoria mills”, where she has 298K followers and posted many beautiful and hot photos and videos that received well likes and comments.

Vicky has created her YouTube channel named “Vicky”, where she has 1.14M subscribers. She joined on YouTube on 25 September 2013 and started posting many videos, including dance, songs, pranks, make-up, fun videos, and more. The total views on her videos reached 68,579,759.

He mostly posted her videos with her boyfriend and also with her friends. She gained more popularity as YouTuber, as she has gained many subscribers and viewers. She is still working harder to get more fame and success as a YouTuber.

Woah uses a TikTok account with the tag name (“@realwoahvocky”), where she has 7.3M followers and posted many videos which received many likes and comments. The total likes on her YouTube videos reached 215.6M.

Check out the latest updates on Model Abbie Quinnen

A beautiful, active, and talented Vicky is a well-known social media personality, popularly known as an Instagram model. She is currently enjoying her standard and happy life with an estimated net worth of $300 thousand.