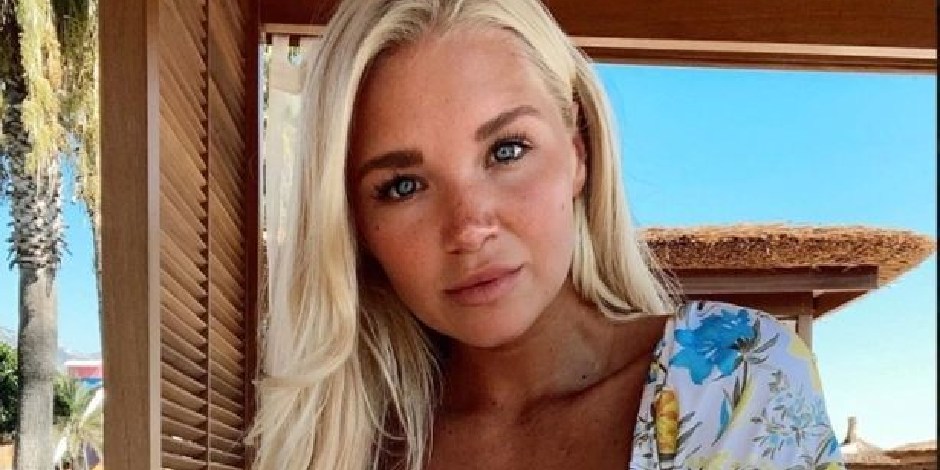 Abbie Quinnen is a British professional dancer and model who is popularly known for being the dance partner as well as the fiancé of well-known British dancer and choreographer, Alex Joseph Pritchard also known as AJ Pritchard. She is also known for her appearance in the musical film, Cats.

Where was Abbie born and raised?

Abbie Quinnen was born on 9th May 1997 in Claygate, England. She has not mentioned anything regarding her parents. She grew up with her older sister, Paige in England. She has British nationality and belongs to white ethnicity. She was born under the birth sign, Taurus.

Quinnen was educated in her hometown in England. She later took drama classes in London from Italia Conti Academy of Theatre Arts in 2013. In 2016, she joined The Urdang Academy. As of 2021, she is a university graduate and is now represented by Apollo Artist Management.

How did Quinnen start her Career?

Quinnen started dancing after finishing her training at Urdang Academy. Her dance variations include Ballet, Hip Hop, Ballroom, Contemporary, Street Dance, and many more. Maybe that’s the reason that AJ was impressed by her performance in the audition.

With her boyfriend AJ, Quinnen has performed in various dance stages and tours. She has also started her modeling career and made several photoshoots. She has also endorsed several brands following the success of her modeling career. She also received the opportunity to appear in the2019 musical film, Cats where she got the opportunity to work beside the stars like Jason Derulo, Taylor Swift, Rebel Wilson, James Corden, and many more.

Abbie Quinnen is currently in a 3-year longs relationship with British professional dancer, AJ Pritchard. The couple first met each other on the dance floor and started dating in 2018. It was AJ who fell for her after seeing her dance performance in the audition for “Get On The Floor Live Tour”. Quinnen was immediately selected in her audition and not only that but the couple immediately got close to each other.

Everything was going well until the January of 2021 when Quinnen suffered from a third-degree burn while the stunt for YouTube went wrong. She used to make her appearance on AJ’s YouTube channel and while shooting for one of the trick videos, the highly flammable liquid went all over her face and right hands.

Quinnen was hospitalized for several weeks. Thanks to the quick attempt of her boyfriend, she was able to recover from the incident. She is taking extra care of her skin and her doctor is amazed at the improvements of her skin.

As of 2021, Abbie is back to her original form and is focusing on getting back to her dance performance. She currently resides in Claygate, England.

Quinnen turned 24 years old in May of 2021. She is a beautiful woman with a slim body build having the measurements of 26-32-28 inches. She stands 5 feet 6 inches tall and has a bodyweight of 55 kg. She possesses blonde hair and blue eyes.

As a dancer, she takes special care of her body. She hits the gym regularly so that she is always in top shape and that it does not hinder her dance performances as well as her modeling career.

What is the current net worth of Abbie?

Quinnen has a net worth of over 80 thousand dollars as of 2021. Her major source of earning comes from her dancing career and her modeling career has also helped her to boost her earnings. She is living an amazing lifestyle covering herself with luxury branded goods of Gucci, Dior, Chanel, and more.