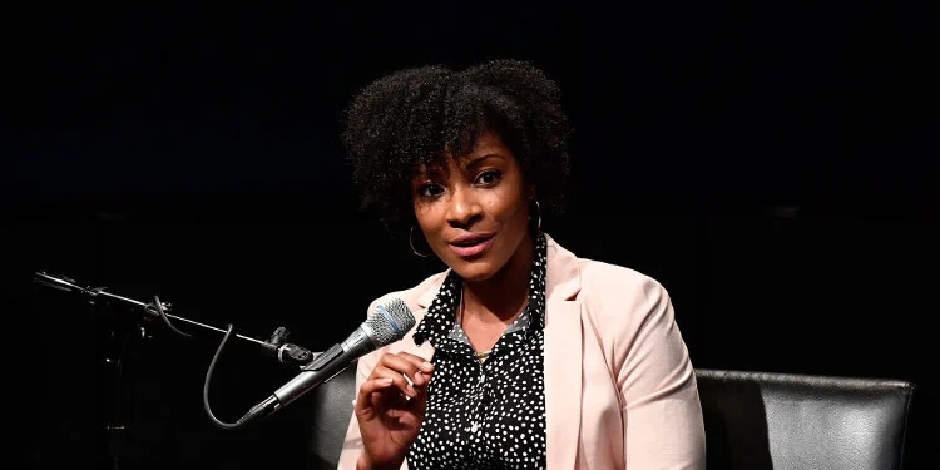 Zerlina Maxwell is a prolific writer and public speaker on rape culture, sexual consent, racism, and other related issues. She is also a political analyst, journalist, and commentator in the United States. She has a net worth of about $1 million.

Where was Zerlin born and raised?

Zerlina Maxwell was born on November 16, 1981, to the Maxwell family in the United States. Her parents are Yvette Maxwell (mother) and Professor Eugene Maxwell ( father). Her family includes her parents and her sister. Growing up her father had a nickname for her “Little Miss Question” due to her curious nature.

Zerlina Maxwell attended a local high school and went on to Tufts University to complete her education. Maxwell earned a bachelor’s degree in International Relations from Tufts University. She went on to Rutgers Law School in Newark to get a law degree.

How did Maxwell start her Career?

Zerlina was a victim of sexual abuse throughout her college years. Maxwell raised her voice and spoke out against it, rather than being discouraged and humiliated. Maxwell’s words resonated with others since she was a victim herself.

She became more courageous and determined in her speech as a result of it. She also encourages women all across the world to speak out against rape culture and sexual abuse.

She became more active as a speaker and writer as a result of the activities. She has been affiliated with several networks, including CNN, FOX News, and others.

She is a regular commenter on MSNBC and has written for publications such as The Washington Post, JET Magazine, The American Prospect, Black Enterprise, CNN.com, the Huffington Post, Salon.com, and Ebony.com.

You might also want to read about Allison Chinchar.

She also co-hosts a SiriusXM radio show called “Signal Boost” every week. In 2020, her new show debuted on Peacock TV called Zerlina. She also authored a book “The End of White Politics: How to Heal Our Liberal Divide” in 2020.

Zerlina Maxwell was awarded the Social media community activism award for #rapecultureiswhen in 2014 Maggie Awards for media excellence. Her Twitter account was chosen “A Twitter Voice to Follow” by The New York Times in 2012. It was also named one of the “Salon’s Twitter 50” and one of TIME’s “140 Best Twitter Feeds of 2014” in the same year.

Zerlina Maxwell weighs around 62 kg (137 lbs) and stands at 5 feet 5 inches in height. Even though she is in her forties, she still has a ferocious work ethic and workaholic mind. Not to add, Maxwell has a stunning physique, measuring 35-25-37 inches.

Zerlina spends most of her time in the gym, which has inspired her to be more active and healthier. Her body is curvaceous. Maxwell also has stunning dark brown eyes and curling black hair.

There is no concrete information bout Zerlina’s relationship status right now. Zerlina is still single and unmarried. In a tweet on November 28, 2012, Maxwell also revealed that she is not interested in getting married. The commentator appears to be focused on her profession as a commentator and active speaker.

Zerlina Maxwell manages to make time to update her fans and followers through social media. SHe is seemingly active on Instagram and Twitter. She has 48.4 K followers on Instagram. And on Twitter, she has about 17.8 K followers.

What is Zerlina Maxwell’s Networth?

Zerlina Maxwell’s net worth is currently under the wraps. When it comes to her earnings and pay, she has been tight-lipped. Her net worth is estimated to be approximately $1 million, because of her work with SiriusXM and other prominent ventures.

A program director’s yearly pay ranges from $73.4k to 156k, according to Salary.com.

Being a member of the media fraternity for so long has surely aided her in accumulating homes and cars. Whatever the situation may be, Zerlina is undoubtedly living a rich lifestyle with her loved ones.