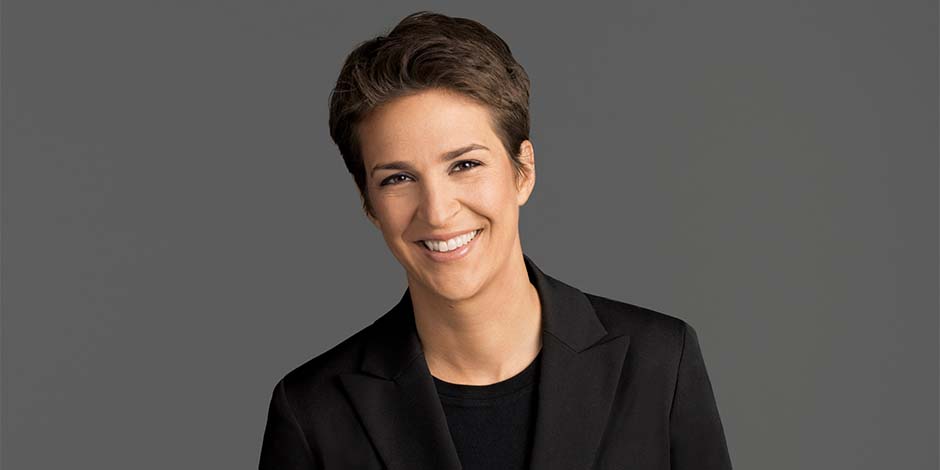 Rachel Maddie, who is best known for being the host of “The Rachel Maddow Show,” is a TV host/political commentator/author hailing from the United States of America.

Rachel Maddow’s full name is Rachel Anne Maddow. She was born to Elaine and Robert B. Maddow on April 1, 1973, in Castro Valley, California, USA. Her father worked in the military and was an Air Force captain who later worked as a lawyer, and her mother was a program administrator at a school. Her older brother is named David. 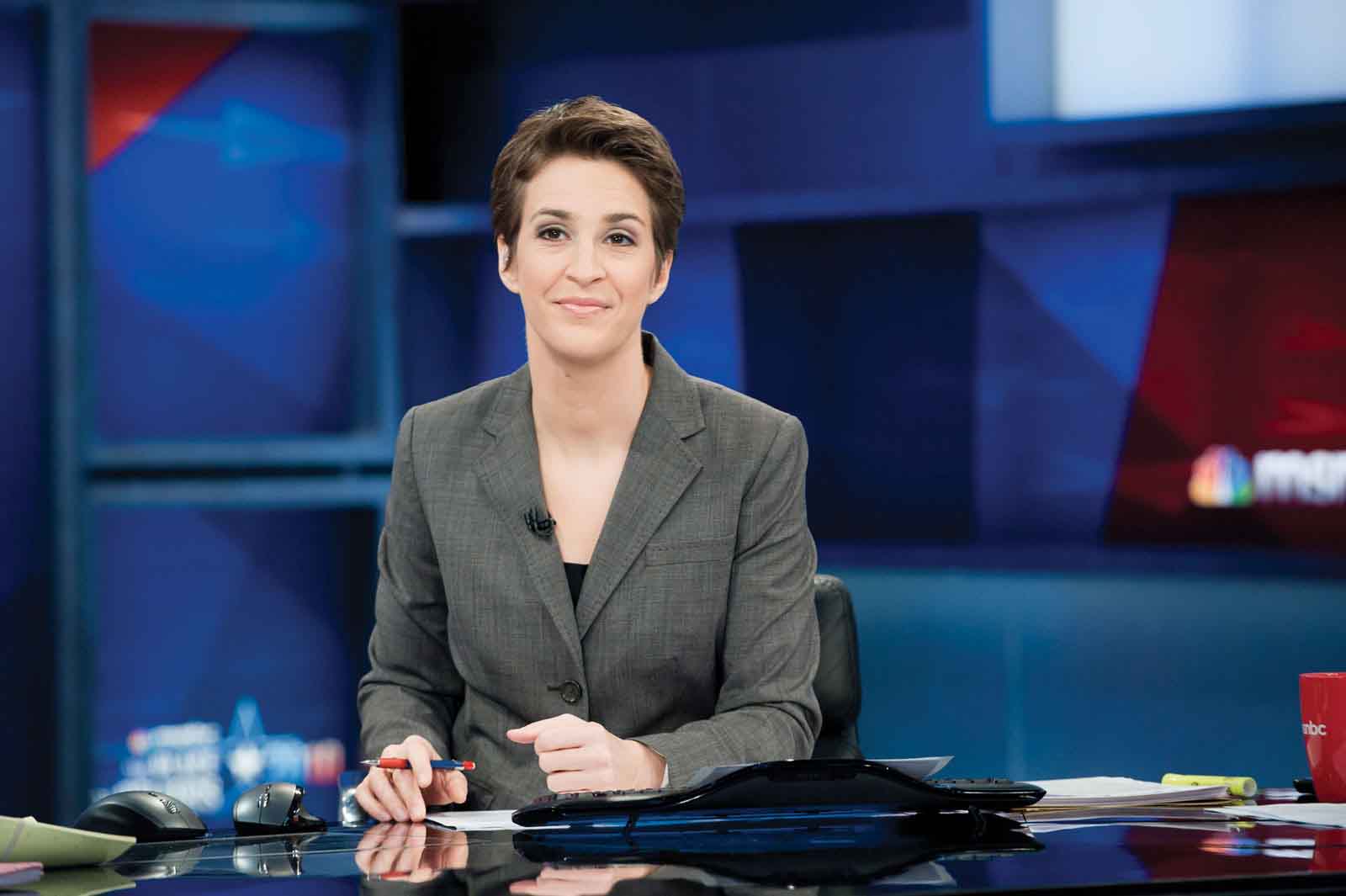 She grew up in a conservative Catholic family, and her parents were very religious. She completed her high school education at Castro Valley High School. She came out as a lesbian via Standford University’s college newspaper as a freshman. She graduated with a degree in public policy from Stanford University in 1994. She earned a DPhil in Politics from the University of Oxford.

Rachel started her professional career as a radio host in 1999. She worked at WRNX, which got located in Holyoke. Rachel worked as a second lead for “The David in the Morning Show.” She worked for two years at WRSI and hosted “Big Breakfast.” In 2004, she joined Air America. At Air America, she hosted “Unfiltered.” The show got canceled in March of 2005. In April, “The Rachel Maddow Show” started airing. The program was on air for two hours on weekdays.

In March of 2008, it was extended to 3 hours airing from EST 6 PM to EST 9 PM. After she joined MSNBC, the program got referred to two hours. Maddow was a part of the regular panel of the show “Tucker” that aired on MSNBC in 2005. She became a part of the “Race for the White House” panel in January 2008 as a political analyst. The first program Rachel hosted was titled “Countdown with Keith Olbermann.” She was a substitute host for the show. Keith Olbermann was impressed by her and called her in for several other episodes. He helped Maddow get her show by persuading Phil Griffin. 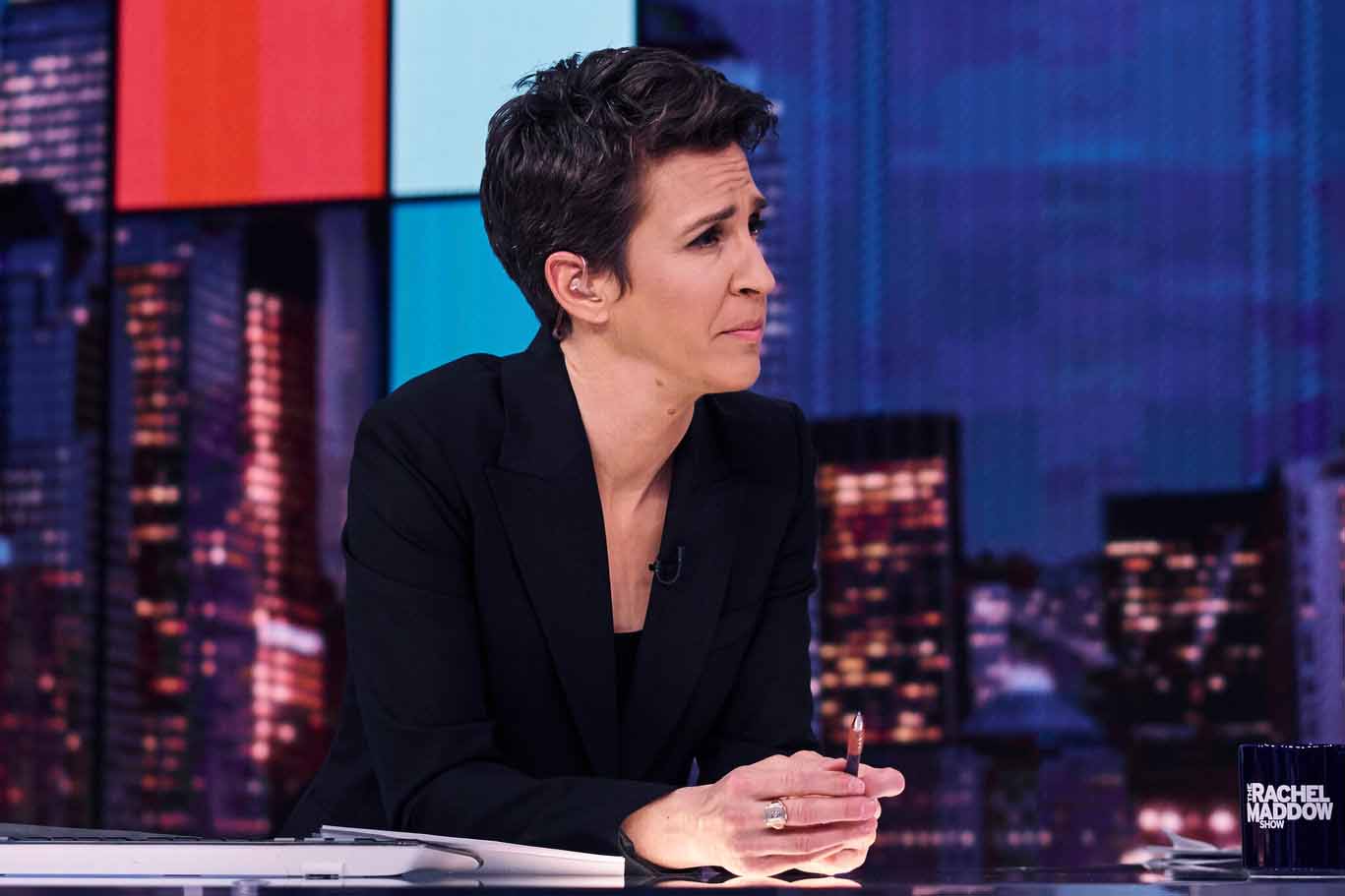 In September of 2008, “The Rachel Maddow Show” premiered at MSNBC’s 9 PM slot. The show was able to top Countdown and become the highest-rated MSNBC show. In May of 2017, the show was ranked No.1 program not relating to sports. She is considered one of the most trusted journalists in the USA. OAN filed a case against her in September of 2019. The US$ 10 million lawsuits got filed as she called the OAN Russian propaganda. The issue got, however, dismissed and deemed that the opinion cant gets charged for defamation.

Rachel Maddow is currently in a relationship with Susan Mikula. Susan is an artist and photographer. They first met in 1999. She suffers from cyclical depression and has been living with it ever since her teen years. Rachel Maddow loves to fish and exercise. She also stated that she is a good sleeper, and these are the things that help her sanity. 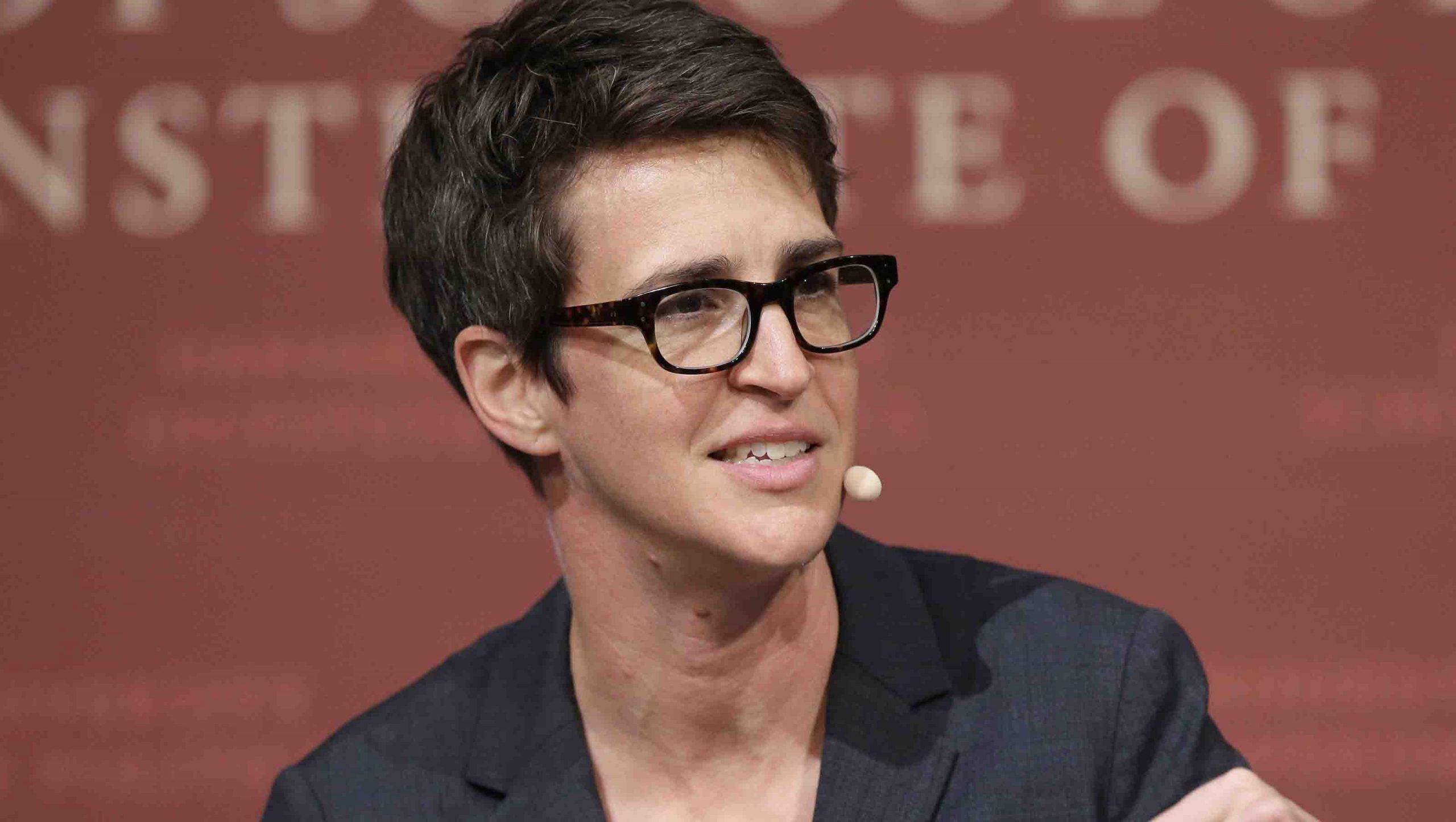 Rachel Maddie’s net worth is estimated to be around US$ 20 million as of November of 2020. She makes most of her fortune from being a TV host.