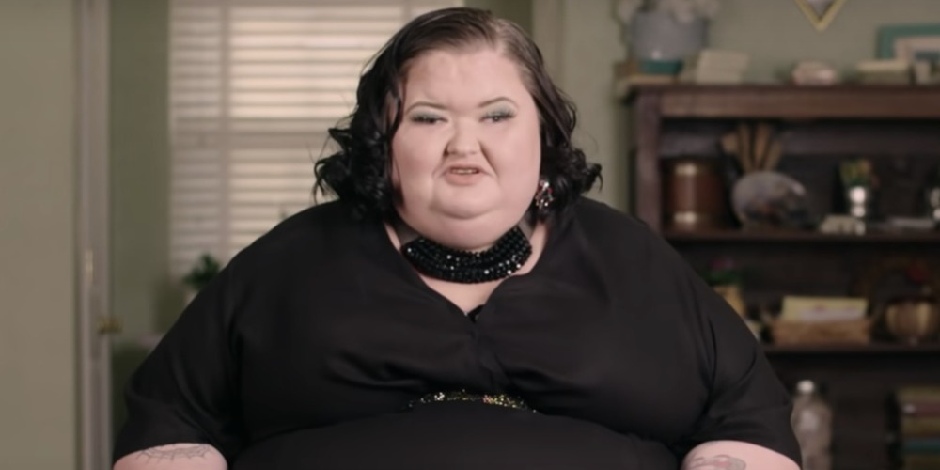 Amy Slaton is a social media personality popularly known for her appearance in the reality television series, 1000-lb Sisters. She is also the sister of a Reality TV personality and star, Tammy Slaton.

Amy Slaton was born on 28th October 1987 in Kentucky, United States. She was born under the star sign, Scorpio. Her father is Bugger Bob and her mother is Darlene Slaton. She has an older sister, Tammy Slaton who is also a well-known television personality and content creator. Slaton was raised in a middle-class family as her father died when she was young. Her mother used to work in 2 or 3 jobs.

Slaton has the nationality American and belongs to white ethnicity.

Amy Slaton was educated in her hometown. Slaton hasn’t disclosed any information about her education but she is a high school graduate as she met her future husband while she was in her high school.

Slaton opened her personal YouTube channel back on January 11, 2011. Today, she has gained over 451 thousand subscribers and her videos have gained a total of over 47 million views. Her YouTube channel goes by the name of Amy Slaton-Halterman. She has posted several videos of her trying on different make-ups.

She has also posted videos of her pregnancy and the birth of a child which has gained several thousand views on her channel. She started getting attention for her large body build however, she didn’t gain recognition until she joined the reality tv series, 1000-lb Sisters in 2020.

In January, Amy had her surgery for weight loss however, Tammy could not get the surgery as her weight didn’t have favorable weight for the surgery. As of 2021, the sisters still appear in the series.

Check out the latest updates on TV Personality Tanya Acker

Who is Slaton married to?

Slaton is married to Michael Halterman whom she met during high school. They tied their knot on 15th March 2019. She has given birth to a baby boy named Gage on March 2021. Slaton is close with her sister, Tammy. She is with her sister most of the time. Her sister, Tammy was tested positive with COVID back in early 2021 but she is recovered now.

Amy Slaton is 33 years old turning 34 years in coming October 2021. She is known for her large body build. She stands 5 feet 8 inches tall which is about 173 cm and has an astounding weight of 139 kg or 306.5lbs. Slaton used to weigh about 184 kg before entering “1000-lb Sisters” and was able to successfully lose about 34 kg after entering the series.

Slaton has light brown hair which she prefers to dye different bright colors like green, red and blue. She possesses hazel eyes. She has a straight sexual orientation and her distinctive features are her beauty spot on her right cheek and large curvaceous body.

Check out the latest updates on Simon Doonan

What is the current net worth of Slaton?