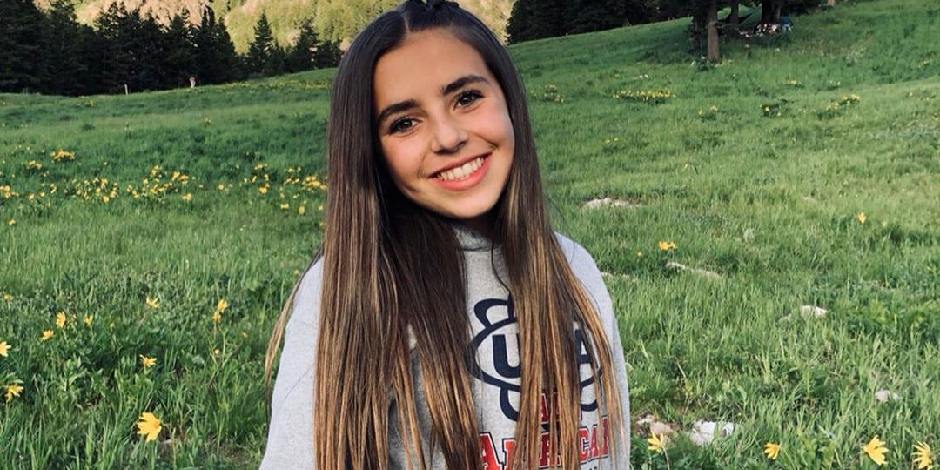 Avia Colette Butler is an American social media personality, YouTuber, and Tik Tok star who gained fame at an early age after her appearance in her father’s YouTube vlog channel, SHAYTARDS.

Where was Avia born and raised?

Avia Colette Butler was born on 4th May 2005 to American parents Shay Carl Butler and his wife, Colette Crofts or Colette Katy Butler. She was born and raised in Idaho City, Idaho, the United States along with her three brothers, Gavin Butler, Brock Butler, Daxton Butler, and a sister, Emmi Butler. Butler also goes by the name Avia Butler or Princesstard.

Colette Butler has an American nationality and white ethnicity. Her birth sign is Taurus. Butler was raised in a happy family and she had a happy childhood. Her entire childhood has been portrayed in her father’s channel.

Butler celebrated her 16th birthday in May 2021. A small girl who appeared in her father’s family vlog has now turned into a beautiful girl. She stands 5 feet 2 inches tall which is about 1.57meters and weighs 48 kg or 105lbs. Colette Butler further possesses light brown eyes and brown hair. She has a curvy body build and she has a straight sexual orientation.

Who is the boyfriend of Avia?

Avia Colette is a big girl now. She has started dating a fine handsome boy named Ian Hershey, a high school footballer since 2020. Both of them attend the same high school and they attended their 2021 prom together. We can see their lovely pictures together on Instagram.

Colette Butler is quite open when it comes to her personal life. her entire life has been open on social media platforms and she is not sad about that. She even said on the internet that she is thankful to her father. She said,

“I’m very thankful my entire life is on the internet.”

Apart from being a vlogger, Colette Butler enjoys doing makeup and dressing up. She is fashionable and enjoys wearing fashionable clothes just like her mother. She has a very supportive parent.

How did Butler become famous?

Avia initially made her appearance in her father’s vlog on YouTube called SHAYTARDS. She was 3 years old and her father used to make family vlogs. SHAYTARDS is believed to be the first family vlogs ever made before others started making it too. Her family vlogs gained fame and following the success of the channel, Butler decided to open her channel.

Butler opened her YouTube channel on 6th April 2014 with the name Avia. She has gained over 201 thousand subscribers with thousands of views. Colette Butler has further gained over 205 thousand followers on Instagram and can be connected with @aviacolette. She has also started making TIKTOK videos where she has over 238.1 thousand followers. Colette Butler is further on Twitter and Facebook but is rarely active on them.

What is the current net worth of Avia?

Avia Colette Butler has an estimated net worth of over $500 thousand as of 2021. Following her popularity on YouTube, she has gained huge followers on Instagram too. Colette Butler has started endorsing various clothing brands which add up to her pocket money.

Butler is living a luxurious life with her family and pet dog. She also bought her first car in January 2021. Colette Butler lives in a 1000-acres property house in Pocatello, Idaho.