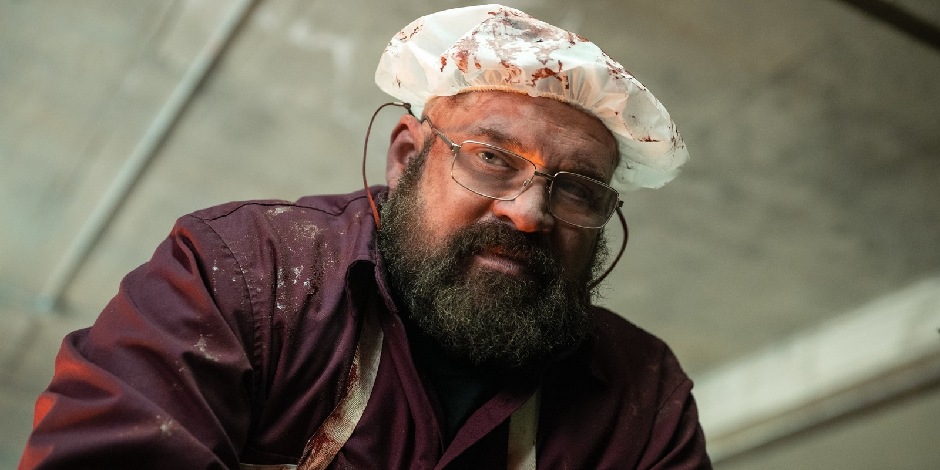 Why Is Brad William Henke Popular?

Brad William Henke is a well-known American actor and former National Football League as well as Arena Football League player who is popularly known for his role on the series “Orange Is The New Black” alongside Josh Segarra and Alba Flores. He has been seen playing football from the year, 1989 to 1994 and has been seen working on his acting career since the year 1994.

Where was Brad William Henke Born and Raised?

Brad William Henke was born on 10 April 1966 in Columbus, Nebraska, the U.S. where there is no information about his family. Currently, he is 54 years old and his zodiac sign is Aries.

Henke holds an American nationality and belongs to the ethnicity of Swiss-German, German and English.

Where did Henke go to University?

Earlier, he was seen attending the University of Arizona who used to play football as a defensive lineman. Further, information is not stated by him as he used to keep his personal life private.

How did Brad William Henke start his Career?

In his football career, Brad William Henke was seen playing football by the team Denver Broncos with the number 68 as defensive Linemen in 1989. William Henke started his acting career in the year of 1994 by appearing in several commercials. After that, in 1996, he was cast as Bob on an American romantic black comedy movie “Mr. Wrong”.

In 1994, he was seen playing football by the team Fort Worth Cavalry with the number 96 in the same position 1994. Further, in 1994, he became retired from his professional football career after he had repeated injuries.

Further, in 1999, Brad William Henke was seen appearing as Bartender on a feature film mockumentary “Dill Scallion” and also seen as Cop on a science fiction neo-noir movie “The Thirteen Floor”. In the year 2000, he was seen playing an uncredited role in an American action heist movie “Gone in 60 Seconds”. Later, he was seen in the movies like “Love Object”, “The Assassination of Richard Nixon”, “Must Love Dogs”, “The Amateurs”, “North Country”, “Me and you and Everyone We Know”, “Sherrybaby”, “World Trade Center”, “Hollywoodland”, “Altered”, “Choke”, “Around June”, “Short Term 12”, “The Space Between”, “The Trouble with Bliss”, “Magic Valley”, “I am Not a Hipster” and “Struck by Lightning”.

Form the year of 1996 to 1997, he was seen appearing in the role of P.J. Pollard Tommy on an American police procedural television series “Nash Bridges” which was created by Carlton Cuse. Further, he was cast on several series including “Arliss”, “Michael Hayes”, “ER”, “The Pretender”, “Sports Night”, “To Have & to Hold”, “Pensacola: Wings of Gold”, “Martial Law”, “Going to California”, “The Michael Richards Show”, “Crossing Jordan”, “Provindence”, “Judging Amy”, “CSI: Crime Scene Investigation”, “Dexter”, “Cold Case”, “Law & Order”, “Life on Mars”, “October Road”, “Lost”, “Trust Me”, “CSI: Miami” and “Party Down”.

In the year 2010, he was seen playing the role of Roy on an American comedy-drama television series “Royal Pains” and in the following year, Brad William Henke was seen appearing as Steve on an American police procedural crime drama television series “Criminal Minds”. After that, he was seen appearing in the movies like “Shameless”, “Justified”, “Grimm”, “The Chicago Code”, “Memphis Beat”, “Bones”, “The Office”, “Castle”, “Longmire”, “The Bridge”, “Uncle” and “Hawaii five-0”.

Further, he was seen playing the role of Clayton on an American medical comedy-drama television series “The Night Shift” which was created by Gabe Sachs and Jess Judah. Likewise, she was seen in the movies like “Sneaky Pete”, “MacGyver” and “Manhunt: Deadly”. In 2020, he was cast into the main role as Tom Cullen on an American dark fantasy/post-apocalypse streaming television miniseries “The Stand”.

From the year 2016 to 2018, he was cast as Desi Piscatella on an American comedy-drama streaming television series “Orange Is the New Black” which was created by Jenji Kohan for Netflix for which he had won Screen Actors Guild Award for Outstanding Performance by an Ensemble in a Comedy series.

What is the Current Net Worth of Brad?

Brad William Henke is a talented actor and a professional football player, who has been seen appearing on several movies and series in his career, has an estimated net worth of $1 million to $5 million.