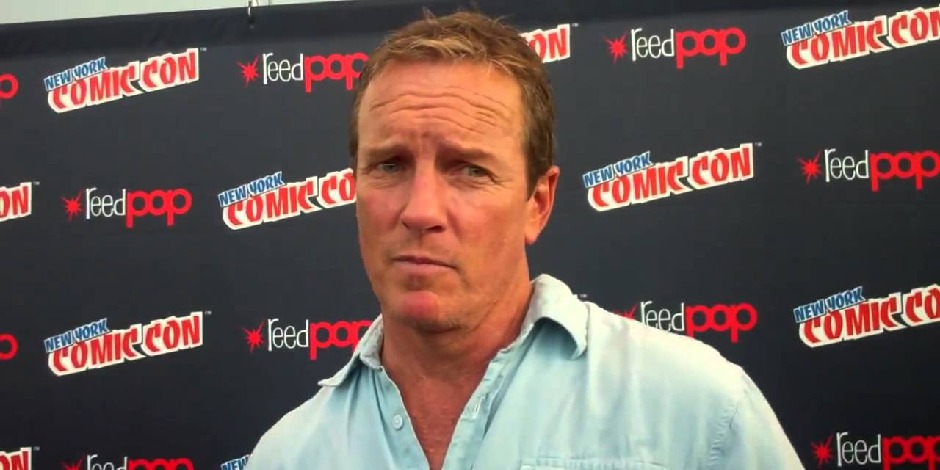 Linden Ashby is a professional actor from the United States who is popularly known for his role in the American fantasy martial arts action film, Mortal Kombat as Johnny Cage. He is also a former martial artist and director.

Where was Linden born and raised?

Linden Ashby was born on 23rd May of 1960 in Raleigh, North Carolina a city called Atlantic Beach in Duval of Florida state. His birth name is Clarence Linden Garnett Ashby and he is the son of a pharmaceutical manufacturer named Linden Garnett Ashby Jr. and a civic organizer, Eleanor Johnson. He is a university dropout student who aimed to become a successful actor.

Ashby belongs to the white ethnicity and has the nationality of American. He has Scottish, Scandinavian, and English ancestry. His sexual orientation is straight and he has Gemini as his birth sign.

Where did Linden Ashby go to College?

Ashby received his education from the private school, The Bolles Private School in Florida. He studied Busines Administration and psychology for a short period in Fort Lewis College before finally making his decisions on taking acting classes in The Neighborhood Playhouse School of the Theatre.

Linden Ashby is 5 feet and 11.5 inches and weighs about 78 kg. He has gorgeous light brown hair and a set of beautiful blue eyes. He is known for having rough appearances.

Linden Ashby is 60 years old yet he possesses the ideal body as every man would wish for. He possesses an athletic body build which is probably because of his nature as an outdoor person. There has been no information regarding his workout routines and diets but he sure is an athletic person. Even at this age, he is highly active and is seen windsurfing, scuba diving, horseback riding, bike riding, and others which may be the reason for his fitness.

Ashby is committed to actress and model, Susan Walters. They tied their knot in 1985 and the couple had their first child in 1991 named Frances Grace Ashby and second daughter in 1992 named Savannah Elizabeth. As he is an outdoor person thus, we can see him posting about all his outdoor activities. He excels at martial arts, scuba diving, tennis, windsurfing, mike riding, hunting, horseback riding, golf. He also has a pilot license. He was also the lead singer of The Loners which is an American rock band.

Linden Ashby currently resides in Atlanta of Georgia and sometimes in Atlantic Beach in Florida with his lovely wife and 2 dogs namely Maggie and Oscar.

How did Linden Start his Career?

Linden made his film debut in 1990 with the film, Night Angel as Craig and in the American drama film, Mr. and Mrs. Bridge the same year. Ashby first appeared in the tv series, Loving playing a small role in 1983.

He landed his first major role in 1994 in an American biographical film, Wyatt Earp as Morgan Earp, and the film, 8 Seconds. He gained public attention after his lead role in the film, Mortal Kombat alongside Kirby Morrow and Irina Pantaeva where he starred as Johnny Cage. He later landed small roles in the films like Wild Things 2, Sub Zero, Against the Dark, Resident Evil: Extinction, and others.

Linden Ashby received his first major role in the 1989 tv series, Adam-12 as Officer Honeycutt. In 1997, he landed another main role in the sixth season of the American prime time tv soap opera, Melrose Place as Dr. Brett ‘Coop’ Cooper. The same year, he also landed another main role in the action-adventure tv series, Spy Game. He further played several main roles in the tv series like The War Next Door as Kennedy Smith, The Young and the Restless, Days of Our Lives, The Gates, Lifeline, Trinkets, Army Wives and gained public attention film the series, Teen Wolf where he appeared as Sheriff Noah Stilinski.

Linden Ashby has modeled and voiced for the fighting game, Mortal Kombat 11 as Johnny Cage in 2020.

He directed an episode called “Face-to-Faceless” of the tv series, Teen Wolf in 2017.

How many awards does Linden Ashby have?

Lindsay Ashby has been nominated for Soap Opera Digest Award for Favorite Villain in the TV series, The Young and the Restless in 2005. In 2013, he received World Music and Independent Film Festival Award nomination for Best Lead Actor in a Short Film after his role in Grape. In 2017 he received a Saturn Awards nomination for Best Supporting Actor on a Television Series for his role in the series, Teen Wolf.

What is the Current Net Worth of Linden?

Linden Ashby has a net worth estimation of $3 Million as of 2021. He earns his millions mostly from his acting career and other than that he has also done some voice-over role and modeled for the video game. He is still active in his career and has been giving us his best performances and there’s no doubt about how much more million he will make in coming years.