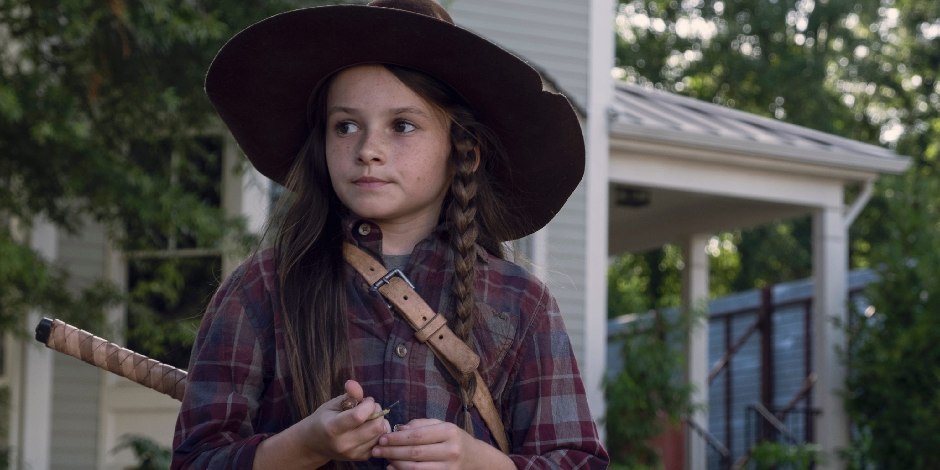 Cailey Fleming is an American-born, young and beautiful actress, famous for her starring in the series “The Walking Dead”. Since 2015, she is working actively in her acting career.

Where was Cailey born and raised?

Cailey Fleming, whose real name is Cailey Presley Fleming, was born in 2007 in Picayune, Mississippi, the U.S., as a daughter of a father, Matthew Fleming, and a mother, Misty Fleming. She has a brother named Chandler Fleming, who is older than her. Currently, she is about the age of 13 and 14, as her exact date of birth is missing. Likewise, her zodiac sign also has a question mark.

Fleming holds an American nationality, and as per her ethnic background, she belongs to mixed ethnicity. Likewise, she follows the Christianity religion.

Cailey Fleming spent her childhood happily with her brother and parents. She started her career at the age of 8 and is doing well in her career. She grew up beautifully in a good environment, and her family provided her all the facilities that she needed to succeed in her career.

About her education, she attended Pearl River School and is doing well in her study and career. Her family supports her in managing her both personal life and professional life.

How did Fleming start her Career?

Cailey Fleming started her acting career after being cast as Young Rey in the American epic space opera movie “Star Wars: The Force Awakens” which J.J. Abrams produced, co-written and directed. She shared the screen with Harrison Ford. She gave her outstanding performance in the film so that she became able to grab the attention of many people at a young age.

Check out the latest updates on Harrison Ford

After her successful appearance in her previous movie, she also offered to play the role of Young Millie in the American drama movie “The Book of Love” in 2016. In the following year, she appeared as Danielle in the film “Armed Response” and Grace in the movie “Desolation”.

Likewise, in 2018, she got Little Girl’s role in the American action comedy movie “Supercon”, which Zak Knutson directed. Later, in 2018, he also played the roles in the film “Hover”, and “Peppermint”. In the next year, she also reprised her role as Young Rey in another part, “Star Wars: The Rise of Skywalker”.

Besides this, Cailey began her television career after being cast as Young Tig in the semi-autobiographical American comedy television series “One Mississippi” in 2015. After that, she played roles in series like “Memoir”, “Preacher”, “Loki”, and more.

Check out the latest updates on Sonny Valicenti and One Mississippi

She is best known for playing Judith Grimes’s role in the American horror television series “The Walking Dead” from 2018.

Cailey Fleming is still young to be in a romantic relationship so that, she is enjoying her life with her family and friends. Likewise, she is also doing great in her career and working hard to succeed in her life. So, currently, she is living her life full of fun and enjoyment.

To talk about Cailey Fleming’s physical statistics, she has a height of 4 feet 8 inches and her weight is of 45 kg or 99 lbs. Similarly, she has got a beautiful face with blonde hair with dark brown eyes. Unfortunately, further information about her physical statistics is missing as she is still young and is secretive.

Fleming is active on Instagram with the tag name (“@caileypresleyfleming”), where she has 536K followers and posted 181 posts. Her mother is managing her Instagram account, where she has posted many beautiful photos with her family and friends. She seems to have great times in her life.

Check out the latest updates on Mimi Ndiweni and Star Wars: The Rise of Skywalker

A young, beautiful, and talented Cailey Fleming, an American actress, popularly known for playing a role in the series “The Walking Dead”. Currently, she is enjoying her standard life with an estimated net worth of $200 to $300 thousand.