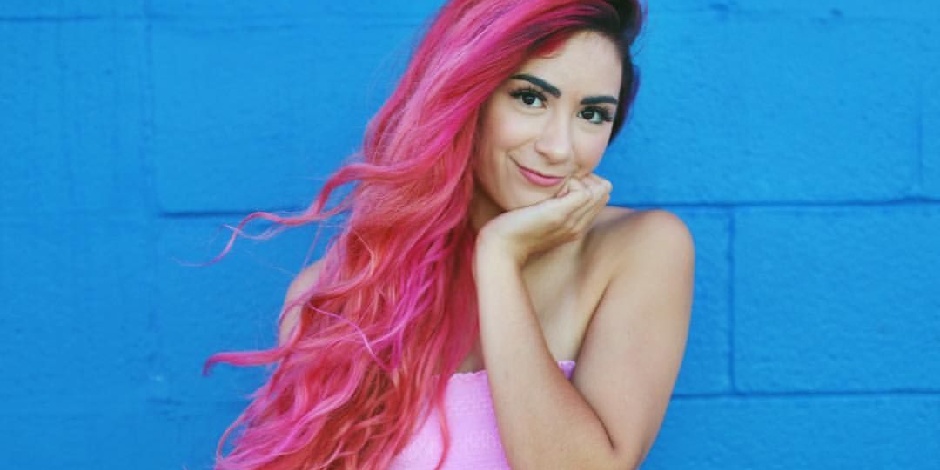 Cassie Diamond is a renowned internet personality and YouTube star who came into the media spotlight after creating her self-titled YouTube channel called “Cassie Diamond.”

She is famous for her creative content on her channels, such as Lifestyle, DIY, Beauty, and Cooking videos.

Where was Cassie born and raised?

Cassie is a pretty young personality born on April 17, 1998, in Woodland Hills, Los Angeles, California. She is in her early 20s with 22 years old, but she looks like a Teenager. She grew up in Woodhill with her parents, siblings, and friends. She hasnt revealed her parent’s names, but she is open about her relationship with her sister Brittney and brother Tanner.

She holds the nationality of America and falls on Causcains ethnicity. She is very bold, creative, and energetic, like the personality of her zodiac sign Aries. However, she is not open up about her education, as per her age, she is studying at the University.

How did Cassie start her career?

Diamond began her professional career as a social media star and became a renowned name after opening the self-titled channel on January 30, 2011. She posts different content on her channels, such as DIY, Vlogging, and Beauty. She has 7 different playlists on her channel titled as What to do when you’re Bored!, Back to School, Comedy Videos, What I got for Christmas!!, VLOGS, Collabs! and Watch me on Other channels.

She created a vlogging channel and her old channel where she posts about her lifestyle and the funny things she is doing. This channel was created on May 7, 2016. She has many popular uploads on this channel, too, such as MY TRIP TO MAUI HAWAI! and MOVING INTO OUR NEW APARTMENT!! EMPTY APARTMENT TOUR!

Cassie was diagnosed with Transposition of the Great Arteries (TGA) just after her birth. As a result, she had to undergo two open-heart surgeries in 2015, due to which she has a scar on her chest, which is visible.

Who is Cassie Diamond dating?

She is in an open relationship with her boyfriend, Jake Niebla. Unlike other celebrities, she doesn’t like to hide her dating life from her fans. She often posts his photos on her official Instagram handle with sweet and lovable captions. She also had some dating rumors with an English Pop Singer Taylor Jones. She even posted videos about him cheating on her with a titled ” I caught my boyfriend cheating on me.. twice”,

The beautiful Cassie Diamond has a tall height and stands at the height of 5 feet 7 inches, and She has a slim figure with a bodyweight of 55kg. She has dark brown eyes and brown hair color. Another body measurement such as dress size, chest-hip-wiast size, and shoe size is yet to be specified. She often dyes her hair blonde, pink and purple.

She is a hardworking YouTuber who is very career-conscious. She makes a decent amount of money from her YouTube career. Her net worth is estimated to be around $11,000 as of 2021. She has more than 250 videos on her channel with more than 50k million views until now.