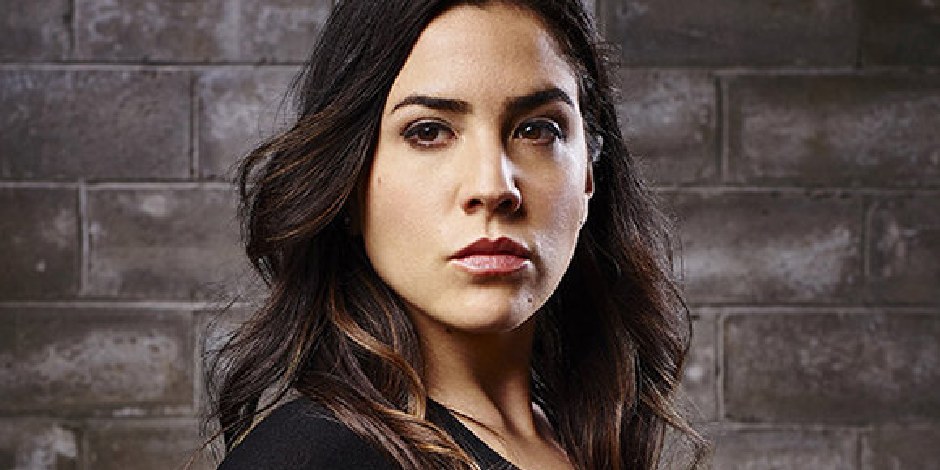 Audrey Esparza is an American-born actress famous for playing the role of Tasha Zapata in the American crime drama television series “Blindspot”. Since 2011, she is working actively in her career.

Where was Audrey born and raised?

Esparza holds American nationality, and as per her ethnic background, she belongs to the Mexican ethnicity.

Audrey Esparza grew up beautifully along with his siblings. She stated that her father is a pediatric dentist but further family member’s detail, is hidden as she likes to keep herself quiet as she wants to keep her personal life far from the media. So about her family members, there is still a question mark.

About her education, she attended Tisch School of Arts for her education and to have a degree. Further, she seems interested in her acting career, so she started following her career in acting.

How did Esparza start her Career?

Audrey Esparza started her professional acting career after being cast as Liz Stratton in “Family Practice” in 2011. After that, in 2013, she made her appearance as Carmen in the movie “Amateurs”. In the same year, she got the role of Joyce Ramirez in an American spy drama television series “The Americans”.

Additionally, she played roles in several movies and series, including “Floating Sunflowers, “Power”, “Public Morals” and more. Further, she became more famous after playing the main role as Tasha Zapata in the American crime drama television series “Blindspot” from 2015 to 2020 where she shared the screen with Chad Donella.

Check out the latest updates on Chad Donella

Audrey Esparza is a married woman as she married her husband Jonathan Perzley, the owner of Inked Magazine. They posted many pictures together on their social media accounts, and they seem very happy with each other.

According to Audrey Esparza’s post on her Instagram account, she married her husband on 24 October 2020. The couple shared their wedding pictures with their married date. Currently, they seem living a cheerful and happy life together.

Check out the latest updates on Uzo Aduba and Blue Bloods

To talk about Audrey Esparza’s physical statistics, she has a height of 5 feet 4 inches and a weight of 58 kg. She has got fit body structure with body measurements of 34-25-35 inches. Further, she has got a beautiful face with hazel eyes and dark brown hair.

Audrey is active on several social media platforms like:

Esparza is active on Instagram with the tag name (“@audreyesparza”), where she has 427K followers and posted 341 posts. In addition, she has posted many beautiful pictures on her Instagram account, which many people liked.

She also has a Twitter account with the tag name (“@audreyesparzas”) where she has more than two thousand followers and tweets 38 times. Likewise, she created her Facebook account named “Audrey Esparza”, with 4.2K followers.

Check out the latest updates on Yasha Jackson and Blue Bloods

A beautiful, active and talented Audrey Esparza is an actress who made her appearance in several movies and series, including “Family Practice”, “Blue Bloods”, “Golden Boys”, “Blindspot”, and more. Currently, she is living a standard life with an estimated net worth of $2 million.