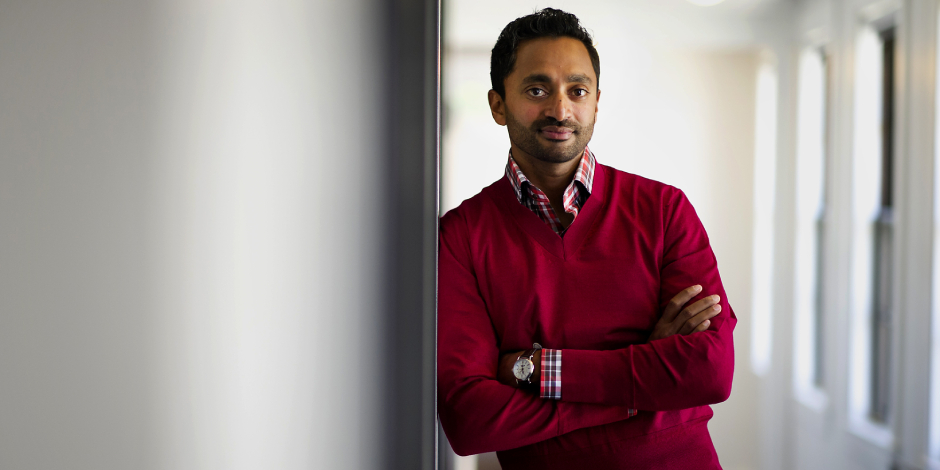 Chamath Palihapitiya is a successful man who has gained success and fame as a Sri Lanka-born Canadian venture capitalist, engineer, and SPAC sponsor. He is also well-known as the founder and the CEO of Social Capital.

On 3 September 1976, Chamath Palihapitiya was born in Sri Lanka, and he holds Canadian and American nationality. Besides his professional life, many people became interested in his personal life. Chamath previously married his ex-wife Brigette Lau, but they later broke their marriage, and he dated another woman.

A successful man Chamath Palihapitiya is a dedicated person. When he was in his childhood, he moved to Canada as a refugee at the age of five. His father used to be frequently unemployed, whereas his mother used to do low-paying housekeeping jobs.

Likewise, he also used to work at a Burger King to support his family. Besides this, he attended Lisgar Collegiate Institute, from where he became graduated when he was 17 years old. Further, he also attended the University of Waterloo, where he studied electrical engineering.

Later, he graduated from the university and worked as a derivatives trader at the BMO Nesbitt Burns investment bank. Later, went to do the job under Winamp, and then he moved to California.

Chamath Palihapitiya is a talented and hard-working man who worked from 2007 to 2011 as a Software engineer and manager at Facebook. After that, from 2011, he has been actively working as Venture Capitalist. He is also the founder of CEO and Social Capital.

While she worked at Facebook, he used to be a senior executive, and then later he started his fun “The Social+Capital partnership“. Later, he made his investment in several companies through Social Capital. In his life, he also co-hosted the podcast “All In”.

Chamath Palihapitiya was previously married to his ex-wife Brigette Lau, but their marriage date has been kept secret so that there is still a question mark about their marriage. Chamath went to California following his wife when they were not married.

So, the former married couple had divorced in 2018 and started living their own. After that, Chamath Palihapitiya began to have a romantic relationship with his partner Nathalie Dompe, a pharmaceutical heiress and model.

He started dating his current girlfriend Nathalie in 2018, and they gave birth to their child together. Currently, Chamath comes to his office occasionally as he is spending more time with his partner Nathalie in Italy. Likewise, he also lately reply to his emails.

He seems to have quality time with his current partner and child. Therefore, he has been living his life out of stress and relaxing with his family. Moreover, he must be having his holiday time for now, so that he must be focusing more on his personal life rather than focusing on his career now.

The couple seems to have so much love between them, and they also take care of each other. As a father, Chamath Palihapitiya stated that:

“I don’t like this co-dependency of ‘they need to rely on me, and when they can’t, I feed them a device because that becomes a babysitter’.”

Chamath Palihapitiya earned success and respect in his career so that he also wanted his children to develop themselves as he did in his life so that they would not be dependant on him.