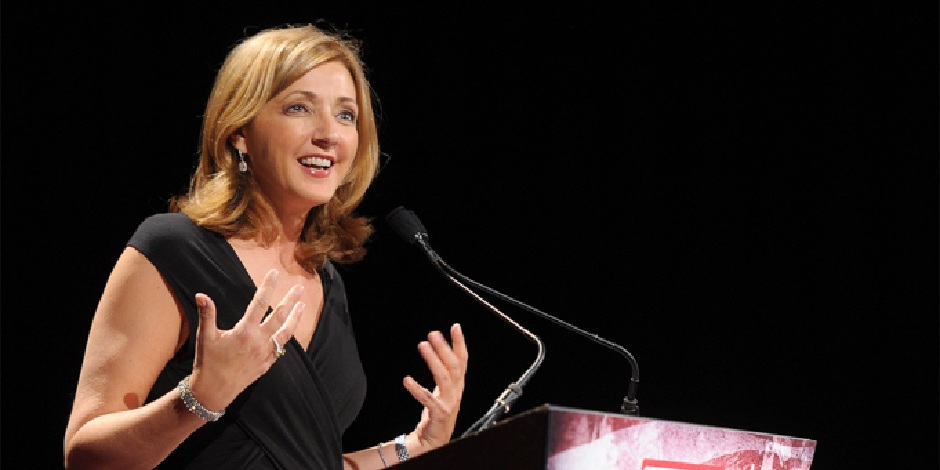 Chris Jansing is an American Senior National Correspondent & anchor currently serving in NBC News and MSNBC. She currently served as Senior White House correspondent for NBC News. She is an Emmy Award-winning host for her 1996 Olympic Park bombing coverage.

Chris was born on 30th January 1957 in a village in Ohio called Fairport Harbor, United States. She is the youngest among her 12 siblings, and she was raised in a Roman Catholic family. Her parents are Joseph and Tilly Kapostasy.

Check out the latest updates on Reporter Brittany Rainey

Being the daughter of Slovak and Hungarian descent, she belongs to mixed ethnicity, and she has American nationality. Jansing’s real name is Christine Ann Kapostasy-Jansing. She has the birth sign, Aquarius.

Jansing is a well-educated woman. She completed her Bachelor’s from Otterbein College with a degree in broadcast journalism. She initially chose political science at the beginning of her college life and later changed her mind after working in a college radio station.

How did Chris start her Career?

Chris Jansing started working for a small cable station in her hometown as an intern after completing her university. She then moved to New York, where she worked for a radio station called WIPS, which eventually led her to WNYT tv as an assignment reporter. During her 17 years long career in WNYT, she increased her position from assignment reporter to weekend anchor and later weekly anchor.

In 1997, Jansing covered the news of the Olympic Park bombing, which gained her New York Emmy Award. Following year, she changed her surname to Jansing, and she started covering news for NBC News. She has since worked for MSNBC as a co-anchor alongside Brian Williams.

Check out the latest updates on Jim Crandell

She also anchored for The Today Show, Jansing, and Company and has served as NBC’s Senior White House Correspondent. In 2017, she was entitled as a senior national correspondent for MSNBC.

Who was Jansing married to?

Jansing is currently a single and independent woman, but she was once married to a scientist and chemist named Robert Jansing. They tied their knot in 1982 but eventually ended their marriage in 1998. They didn’t have any children of their own. There have been no previous records of her past relationships.

Recently in January 2021, Chris talked about the impact of COVID-19 as three of her family members suffered from it. She lost her aunt in July 2020 to COVID-19. He’s one of the brothers named Jim was also diagnosed positive with COVI-19. He was hospitalized for 6 days and seems to be doing okay now. She almost lost one of her sisters named Janice to COVID.

During an interview by Kerry Breen for TODAY.com, Jansing alerts the public, “My message is pretty simple: Wear a mask, socially distant. This can happen to you, and trust me; you don’t want it to.”

Jansing turned 64 years old as of 2021. She is a confident and cheerful person. She has a slim body build and has 5 feet 6 inches tall, which is about 1.68 meters. She weighs 57 kg. She has body measurements of 35-28-38 inches. She further possesses brown eyes and hair. She has a straight sexual orientation.

Check out the latest updates on News Anchor Mary Bubala

What is Jansing’s Current Net Worth?

As of 2021, Chris Jansing has an estimated net worth of $8 million. It is clear to see that where all her earnings come from. She is a hardworking woman, and she is probably one of the highest-earning correspondents in the United States. She is living a luxurious yet busy lifestyle, indulging herself heavily in her career.