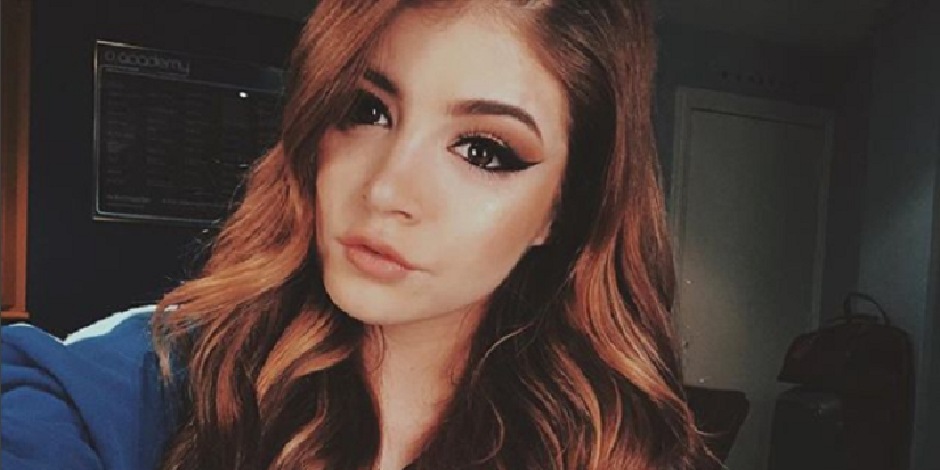 Chrissy Costanza is an American-born singer, songwriter, and musician who came into the more light for being the lead vocalist of the rock band “Against The Current”. She is working actively in her career since 2011.

Where was Chrissy born and raised?

Costanza holds an American nationality, and as per her ethnic background, she belongs to the mixed ethnicity of American and Italian.

Check out latest updates on Songwriter and Singer Ariana Jalia

Chrissy Costanza grew up beautifully in a good environment with her family. Her mother worked for Metro Hudson Group (LLC), where her father’s information still has a question mark as she is secretive about her personal life. Chrissy is interested in music from her early life, where she met Dan Gow and Will Ferri through her mutual friend.

Chrissy Costanza attended Immaculate Heart Academy for her education. After that, she joined the Fordham University, where she attended from 2013 to 2014.

How did Costanza start her Career?

Chrissy Costanza has created herself as a successful American singer, songwriter, and musician. Currently, she is the lead vocalist of an American rock band, “Against The Current”. Likewise, Dan Gow is a vocalist and guitarist of the band, where Will Ferri is a Drummer.

The band released the album “In Our Bones” and “Past Lives” and they earned so many fans and followers. Further, she also sang songs like “Phoenix”, “Hero too”, “Just What to Say”, “Romantic Disaster”, and more.

Who is Chrissy Dating?

Costanza is in a romantic relationship with her boyfriend Cameron Hurley, a freelance designer and also used to be a guitarist. The couple started dating in 2015, and then, they are living a very happy and romantic life together. They seem to focus on their career and love, too, as they seem to post their photos on their social media accounts.

To talk about Chrissy Costanza’s physical statistics, she has a height of 5 feet 1 inch (155 cm) and a weight of 48 kg or 106 lbs. Similarly, Chrissy got a beautiful face, and her real hair color is dark brown hair with dark brown eyes. Her shoe size is 5.5 (US).

Chrissy Costanza is active on social media platforms like:

Chrissy is active on Instagram with the tag name (“@chrissycostanza”), where she has 1.1M followers and posted 1512 posts. She has posted many photos and videos on her Instagram account and also received many likes and comments.

Chrissy Costanza has created a Facebook account named “Chrissy Costanza”, where she has 1.5M followers and posted many beautiful pictures that received many likes and comments.

Besides this, she is also active on her band’s YouTube channel named “Against The Current”, where they have 2.15M followers. They joined on YouTube on 7 August 2011 and started posting many music videos on their channel.

Chrissy also has created a Twitch account with the tag name “@chrissyofficial”, where she has 131K followers. She streams game-playing videos on her Twitch channel and also received many viewers.

Check out the latest updates on Well-Known Songwriter Marabeth Hough

A beautiful, active and talented Chrissy Costanza is an American singer, songwriter, and musician, popularly known as a lead vocalist of the rock band “Against The Current”. Currently, she is enjoying a standard life with an estimated net worth of $1 million.