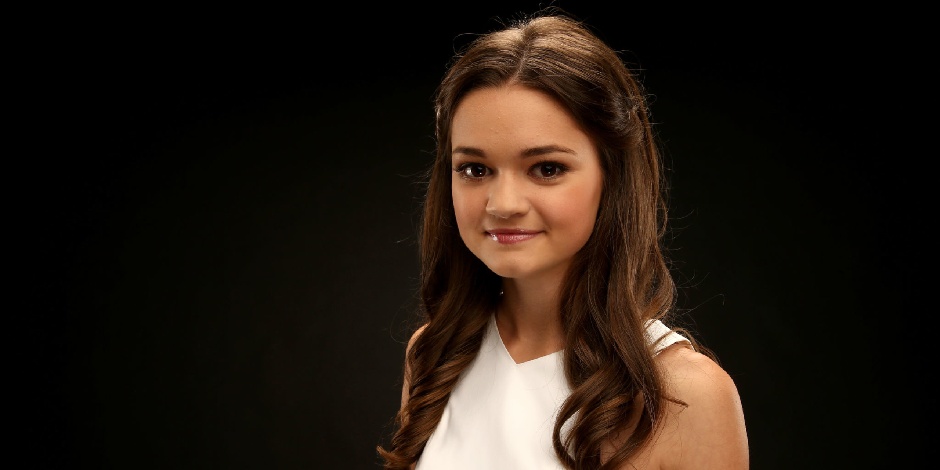 Ciara Bravo is a well-known American actress who had played roles in the series and movies like “Big Time Rush”, “Red Band Society” alongside Shania Twain and Diane Kruger, Angels & Demons”, “Washed Up” and many more. She has been working actively on her career since the year 2006.

How have Mike Bravo and Tammy Bravo raised Ciara?

Bravo, whose real name is Ciara Quinn Bravo was born on 18 March 1997 in Alexandria, Kentucky, the U.S. as a daughter of her father, Mike Bravo, and mother, Tammy Bravo. She has two siblings and their names are Jaxon Bravo and Rikkel Bravo. Ciara Bravo’s age is 23 years.

Ciara Bravo holds an American nationality and belongs to Hispanic and Irish ethnicity. Her zodiac sign is Pisces.

Earlier, Ciara Bravo went to attend Summit Country Day School which is located in Cincinnati, Ohio. Further information was not stated by Bravo, as she used to keep her personal life private.

Before Ciara has started her relationship with an actor and singer Jack Griffo but their relation ended later. Currently, she is single.

How did Ciara Bravo start her Career?

Ciara Bravo started her career when she was nine years old after she had been seen attending the Mike Beauty Model and the Talent Expo. Ciara Bravo started her film career after she had been cast as Italian Girl on an American mystery thriller movie “Angels & Demons” in 2009 which was directed by Ron Howard and was written by Akiva Goldsman and David Koepp. In the same year, she was seen appearing as Caroline in the short movie “The Cafeteria” and also seen playing the role of Sarah in a short movie “Washed Up”.

Bravo started her television career, after she had been seen providing her voice on an American-Canadian-British interactive children’s television show “Can You Teach My Alligator Manners?” in 2008.

In the year of 2010, she was seen providing her voice over the character Giselita on an American computer-animated comedy movie “Open Season 3” which was produced by Sony Pictures Animation. After that, in 2011, she played the role of Heather in an American family movie “Cinnamon”. Later, she was seen appearing in the role of Sorority Girl in an American comedy movie “Neighbors 2: Sorority Rising” alongside Zac Efron and Kiersey Clemons which was directed by Nicholas Stoller.

Further, she became able to earn the role of Tracy in an American drama movie “To the Bone” which was directed by Marti Noxon in the year 2017. In the following year, she appeared as Ashly Richards on an American road trip comedy movie “The Long Dumb Road” which was written, directed, and Produced by Hannah Fidell and was Co-written by Carson D. Mell.

Further, he will be seen playing the role of Emily in an upcoming American crime drama movie “Cherry” in 2021.

In the year of 2009, Ciara Bravo was also seen playing the role of Sarah on an American children’s CGI-animated TV series “Special Agent Oso”.

From the year of 2009 to 2013, she played the main role of Katie Knight on an American musical comedy television series “Big Time Rush” which was created by Scott Fellows. After that, in 2011, she was seen appearing as a contestant on an American children’s game show “BrainSurge”.

In that year, she was seen providing her voice over the character Patty on an animated television “Happy Is a Warm Blanket, Charlie Brown”. After that, he was also seen providing his voice over the character Peaches on a computer-animated television special “Ice Age: A Mammoth Christmas” alongside John Leguizamo which was directed by Karen Disher.

Likewise, she was seen appearing as Hunter on an American CGI animated television series “The Penguins of Madagascar” in 2012 which was produced by DreamWorks Animation and Nickelodeon. In the same year, she was cast on an American children’s panel game show “Figure It Out” and also cast as Katie Knight on the television movie “Big Time Movie”.

In her career, Ciara Bravo had received the nomination on Young Artist Awards for Best Performance in TV Series – Supporting Young Actress from the movie “Big Time Rush” in 2009.

What is the Current Net worth of Ciara Bravo?

Bravo is a young, beautiful, and talented actress, who had played several hit movies and series in her career, has an estimated net worth of $2 million.