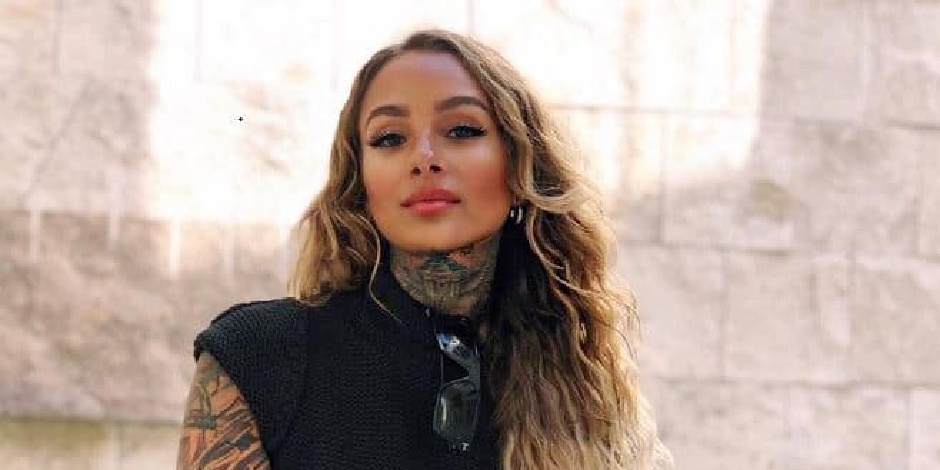 Cleo Wattenstrom is a tattoo artist from Belgium. She is popular for her “grey and black” portraits. Cleo has styled many celebrities using her photorealistic techniques.

She also complements the “Chicano Style of Art” during her styling. Cleo is also the owner of the “Shanti Tattoo.”

Where was Cleo born and raised?

The birthplace of Cleo Wattenstrom is Belgium. She came into the world on 12th June 1992. Her current age is 28 years old. She belongs to the Swedish-Ethiopian ethnicity. The name of her parents is not clear.

Cleo used to travel a lot along with her parents during her childhood. They even used to migrate time and again. The family settled in Stockholm, Sweden.  Cleo Wattenstrom was fourteen years old during her time in Stockholm. It was during the same time that she quit high school. Cleo decided to follow her love for Tattoo making.

Check out the latest updates on Tatto Artist Ryan Henry’s bio, relationship, net worth, and more.

Similarly, Cleo Wattenstrom had shared in her interviews that her love for drawing helped for learning the art. She had even shared that she used to fetch tattoo artists for mentorship instead of learning at the conventional school. Then, she decided to live independently.

Cleo Watterstrom found a job at a Tattoo Salon. It provided a favorable environment for Cleo to grow as an artist. She loves using black and grey ink to use her signature style. Her art seems to have gained inspiration from classic movies and Black & White pictures.

When were Wattenstrom and Joel Kinnaman married?

Yes, Cleo Wattenstorm was married. The relationship of Cleo has always been the center of attraction of Cleo. Cleo is also popular as being the former wife of Joel Kinnaman. Although the exact date of the marriage of the couple is not clear, Joel hinted about their marriage in  2016.

A reporter asked Joel about his girlfriend Cleo, during the promotion of the “Suicide Squad.” But Joel very smartly corrected the reporter by saying Cleo as “My wife” rather than being a girlfriend.

Moreover, Joel revealed the details about their marriage during an episode of “The Late Late Show with James Corden.” It was a quick and low-profile wedding at the beginning of 2016. Joel shared about the wedding to James in the show. He shared that he went to “Same Day Marriage” along with Cleo.

There was a Russian lady who briefed them amount the procedure. She said that the charge would be $435 to officiate their marriage. And the next moment, the couple married.

Joe Kinnaman is popular for his appearance in the movies like “Suicide Squad”, “Easy Money”, and “Hanna.”

How did Cleo and Joel meet?

Moreover, the media noticed the relationship between Cleo and Joel in August 2014. They officially about their relationship the same year.

Although everything was going great with their relationship, things started to change after a year. The couple separated legally in 2018. They seemed to have separated in a mutual understanding and are still in touch. The former couple can be seen spending time in the same friend’s circle still nowadays.

Check out the latest updates on Bailey Sarian

Cleo Wattenstrom is quite personal about her personal life. She has been part of the Tattoo scenario for more than fifteen years. There are not many authentic details about the salaries, net worth, and properties of Cleo available. According to celebritynetworth.net, her husband Joe Kinnaman has an approximate net worth of $14 million.