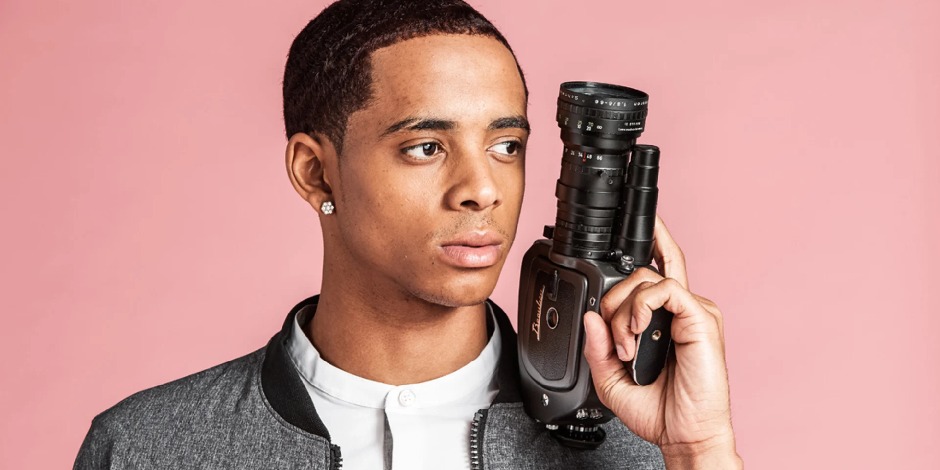 Cordell Broadus is an Instagram celebrity who is best known as the son of rap legend Snoop Dogg. Cordell rose to prominence as a highly regarded wide receiver prospect in the 2015 high school class.

Where was Cordell born and raised?

Cordell Broadus was born on February 15, 1997, under the astrological sign Aquarius in Los Angeles, California. Shante Taylor and Calvin Cordozar Broadus Jr. gave birth to him. His father has hosted a number of shows, including Doggy Fizzle Televizzle, Dogg After Dark, and Snoop Dogg’s Father Hood, while her mother is an entrepreneur and philanthropist.

He was raised in Las Vegas, Nevada. Looking at his Instagram handles, he constantly sharing pictures of himself with his mother, implying that he is very close to her mother.

Corde Broadus is his brother, while Cori Broadus is his sister. He also has a half-brother named Julian Corrie Broadus. Furthermore, he is an American national with Afro-American ancestry. He is a follower of the Christian faith. Cordell is 24 years old at the moment.

Cordell Broadus went to Bishop Gorman High School, which is where he got his education. Similarly, he is a University of California graduate with the best certification.

How did Cordell start his Football career?

When it comes to Broadus’ professional journey, he began playing football in high school. He has received numerous scholarship offers from top universities including Florida State, LSU, Duke, Notre Dame, and Washington State. Similarly, his father Snoop wanted his son to play football for USC, but he selected UCLA and played for the college team for many years.

His father encouraged him to gain notoriety through sports and become one of the country’s top prospects. In addition, he expected his son to play in the NFL. But Broadus did not see himself in that line of work in the future. However, he was playing football to impress his father because he believes it is the only way to do so. However, later he realized that his father loved him for who he is.

He stopped playing football at the age of 18.

When did Broadus Joined Entertainment Industry?

Cordell gave up his football career to pursue a job of his own choosing. As a result, he joined Film School Productions to pursue his passion of becoming a director.

He then filmed music videos for his father, worked as a scriptwriter, and made short films. He even pursued his bachelor’s degree in film at UCLA. Nonetheless, he abandoned his education to pursue a career in the fashion industry.

Being a celebrity kid makes it difficult to break into the fashion industry as a model. But he did it in such a way that it accentuated his innovative and daring talent. He has served as a creative director for the streetwear brand Joyrich, which has celebrity followers such as Kim Kardashian West and even Snoop Dogg.

As a result, he has created collections inspired by his father, as well as a throwback athleisure brand inspired by NBA Hall of Famer Allen Iverson. He has also made multiple appearances on his father’s show.

Cordell has a pleasant demeanor and a thin build. He has an athletic build with ideal body dimensions. His height is 1.91 m (6’2′′) and he weighs approximately 86 kg. Similarly, he has black hair and black eyes.

Broadus is in a relationship with Phia Barragan, according to his relationship status. They appear to be extremely close to one another. However, the couple first revealed their connection following her pregnancy in 2019.

Similarly, he has a daughter with his lover who was born in 2019, although he has not given her a specific birth date or name. She is Snoop’s third grandchild. He keeps posting adorable photos of their daughter on his social media page. Similarly, he captioned a photo of his girlfriend smiling with his mother “Real Queens”.

Check out the latest updates on Andrea Zetts

Concerning Broadus’ earnings, he is a well-known social media personality who has amassed a sizable fortune. As a celebrity child, he has led a privileged existence. He has not published his earnings on media sites, however, some web resources estimate his net worth to be between $1 million and $5 million.

However, his father, a West Coast-based rapper, actor, and media magnate, has an estimated net worth of over $135 million. He is one of the most successful and wealthy rappers of the 1990s rap culture.