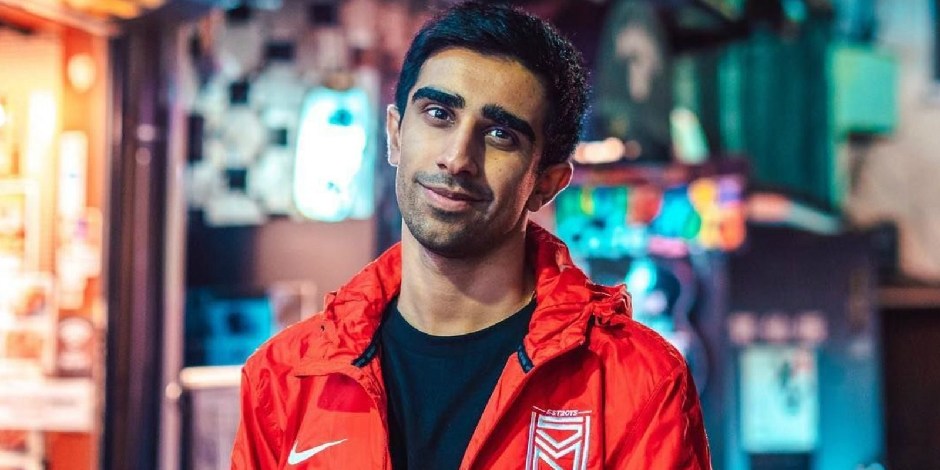 Vikram Barn is a famous British-Indian YouTuber with the channel ‘Vikkstar123.’ Vikram Barn posts videos of himself playing games such as Minecraft, Grand Theft Auto, Battlefield, and Call of Duty.

Where was Vikram born and raised?

Vikram was born in Sheffield, England, on August 2, 1995. Vikram Singh Barn is his full birth name. Barn is 25 years old and was born under the sign of Leo.  Barn’s parents are Indian. He has two elder brothers, one of them is named Lewis, while another name is unknown. This youtube keeps his personal life out of the spotlight.

So, Vikram has never shared a video with his siblings or parents. He was always a topper in class and aced his GCSEs as a student. Barn had every chance of attending university and fulfilling his parents’ ambition of becoming a doctor. He, on the other hand, decided to make his own professional choice and chose YouTube instead but his family was always there to support him.

Check out the latest updates on Britsh Youtuber Joseph Garrett

How did Barn start his Career?

Vikram is a YouTube gamer known for his channel Vikkstar123, where he uploads videos of himself playing Minecraft, Grand Theft Auto, Battlefield, Call of Duty, and other games. He is even a member of the Ultimate Sidemen. He launched his first YouTube channel on April 12, 2010, and posted his first video in June of that year.

Vikram discovered that he was interested in youtube when he was in high school and was about fifteen years old. Later, when he continued to submit videos of his games, people loved his commentary, and he gained a large number of subscribers. After high school, Vikram was offered admission to University College London but declined because he wanted to focus only on YouTube.

Vikram first met JJ at a game convention, and it was via him that he met Simon, Harry, and Ethan. They decided to form the Sidemen Crew as a group. They’ve been causing quite a fuss on YouTube ever since. They frequently go on trips and participate in challenges on their channels. For the majority of his videos, he works with the other members of his team.

His life is mostly surrounded by his teammates filming YouTube videos. As a result, the Sidemen are always workin on something interesting, which is highly entertaining for him.

Talking about Vikram’s Lovelife, he dated ‘Kayleigh Wordley’, a fellow gamer from 2015 to 2017. He just posted a picture of himself with a girl on Instagram on April 8, 2020, with the caption: “Throwback to simpler days last year with my lovely other half?”

Check out the latest updates on Youtuber and actress Sofie Dossi

This raises the question of whether Vikram and this unknown lady are dating. However, the identity of his other half remains unknown. However, the two appear to be having fun and having a great time together.

Barn is a man with jet black hair and chiseled features. Vikram is a lean man, at 5 feet 8 inches tall. Likewise, he weighs roughly 68 kilograms. He has a Mesomorph body type with a 31-inch waist. In addition, he works out by running, swimming, and lifting weights. Barn’s eyes are dark brown, and his hair is black.

Check out the latest updates on Youtuber Charity Grace LeBlanc

This well-known YouTube gamer has made a name for himself. As of 2021, Barn’s net worth is believed to be at $7 million. His main source of revenue is via his YouTube channel. Vikram earns a lot of money because he has millions of subscribers on his YouTube channel.