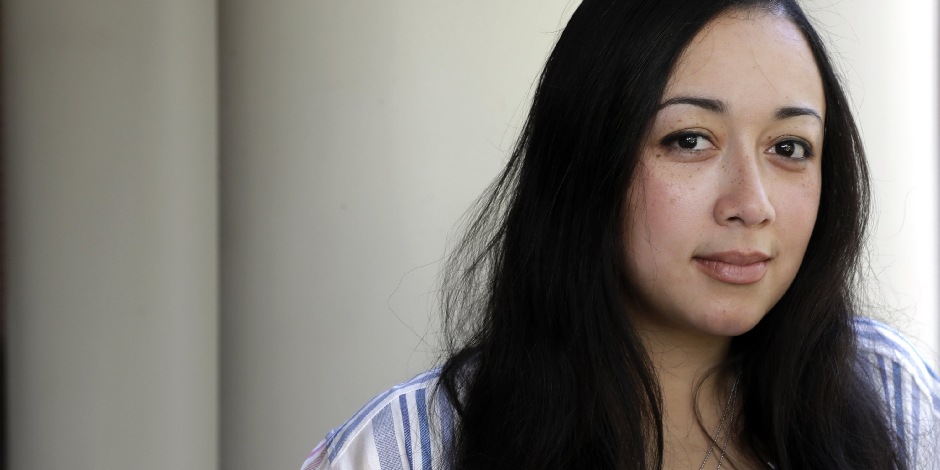 Cyntoia Brown is an American-born author and speaker who lived in prison after she committed the murder and robbery of Johnny Michael Allen. But she felt guilty of murdering him, so currently, she is living her life out of prison.

Where was Brown born and raised?

Cyntoia holds an American nationality, and as per her ethnic background, she belongs to the Caucasian ethnicity. Further, she follows the Christianity religion.

Cyntoia Brown spent her childhood happily in a well family and grew up beautifully. However, earlier, when she was unborn, and her mother was pregnant, Georgina dark alcohol during her pregnancy, so that it caused Cyntoia to develop fetal alcohol spectrum disorder.

Likewise, her mother also did not care about her, and her mother started to use crack cocaine. So, Cyntoia Brown was placed for adoption. Later, she grew up in a well and loving family as a daughter of a father, Thoman Brown, and mother, Ellenette Brown.

Later, most of the time, she spent with the state’s Department of Children Services between April 2001 and September 2003 as she committed crimes against a persona and property. After that, she also ran from the home even though her parents treated her nicely.

After she ran from home, she ended with Garion McGlothen Jarvis, also known as “Kut-Throat,” who made her use for trafficking. She also used to support him through involuntary prostitution.

Cyntoia Brown was in prison while she received GEB with a score of 656. After that, in December 2015, she attended Lipscomb University from where she became able to receive a degree in Liberal Arts, where she got a 4.0 GPA. From the same university, she also received a Bachelor of Professional Studies in Organizational.

Cyntoia Brown established herself as a well-known American author and speaker. In her career, she made her appearances in several movie and series episodes, including “PBS Independent Lens”, “Today”, “CBS News”, “TV One”, “CNN,” and more.

Who is Cyntoia married to?

Cyntoia Brown is a married woman as she married her husband J. Long, an entrepreneur, and rapper who is popularly known for performing with the R&B group named “Pretty Ricky”. The love between them started after Long wrote a long letter in January 2017 to her after watching a documentary about Cyntoia in 2014.

Later, Cyntoia Brown replied to him, and then Long came to visit her in prison. After falling in love, the couple became engaged, and they married in 2019 through the phone. Further, in August 2019, Cyntoia Brown came out of prison, and currently, the couple is living a very happy life together.

To talk about Cyntoia Brown’s physical statistics, she has a height of 5 feet 5 inches and a weight of 62 kg. Similarly, her body measurements are 36-32-37 inches. In addition, she has a beautiful face with black hair and dark brown eyes that looks perfect on her face.

Cyntoia is active on several social media platforms like:

Brown is active on Instagram with the tag name (“@cyntoiabrownofficial”), where she has 329K followers and posted 100 posts. In addition, she has posted many photos on videos on her Instagram account with her friends. She looks stunning in her every picture and video, which many people like and enjoy.

She also has a Twitter account with the tag name (“@cyntoia_brown”), where she has 26.8K followers and tweets 142 times. In addition, she also opened her Facebook account named “Cyntoia Brown”, where she has 116k followers and posted many photos and videos for her fans and followers.

A beautiful, active and talented Cyntoia Brown is a famous American author and speaker. Currently, she is living a luxurious and wealthy life, enjoying an estimated net worth of $100 Thousand to $2 million.