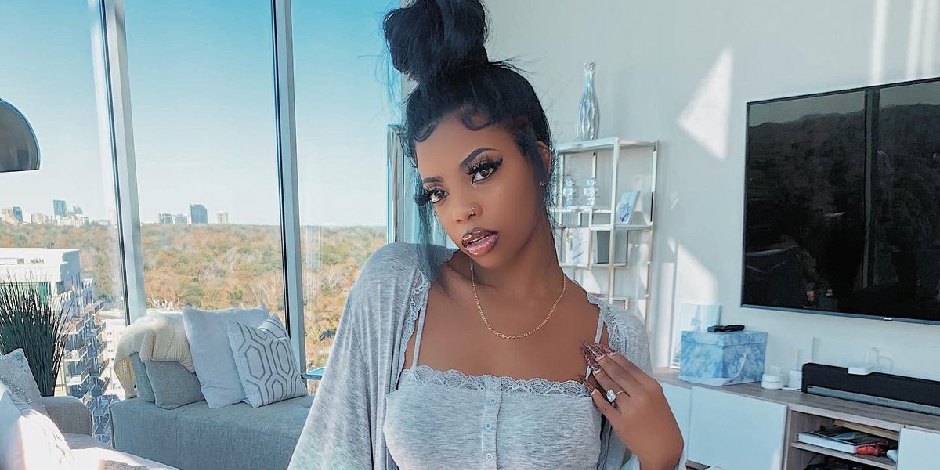 De’arra Taylor is an American social media personality, popularly known for posting many interesting videos with her boyfriend Ken Walker on their YouTube channel.

Taylor was born on 17 April 1996 in Tennessee in a well family. She has a sister whose name is Zaria Mosley. Currently, she is at the age of 25, and her zodiac sign is Aries. De’arra holds an American nationality and belongs to the African-American ethnicity.

De’arra spent her childhood happily with her sister and mother. She grew up beautifully in a well family, but her family’s information still has a question mark as she used to keep her personal life private.

Besides this, there is a rumor that she is the daughter of Yo Gotti, an American rapper, songwriter, and record executive. De’arra has also tweeted about telling him a father, but Yo Gotti still has not confirmed the rumor, so that it is still a mystery for her fans and followers.

Likewise, from an early age, she started having an interest in makeup, fashion, and YouTube, so she started following her career as per her interest. However, she is quiet about her education, so the information about her study still has a question mark.

Taylor came into the light after she and her boyfriend Ken posted photos and videos on their Instagram account, which many people liked.

After that, they joined on YouTube as a couple and started posting videos, including vlogs, fun, relationship, prank, and more videos on their YouTube channel, and became successful as a social media personality.

Who is De’arra in a relationship with?

Taylor is in a romantic relationship with her boyfriend Ken Walker, who is also a YouTuber. They both used to post their videos on their YouTube channel and got the attention of people. The couple has made many videos that received so many views, and they have managed their relationship so nicely.

As a couple, they mostly show how to be in a good relationship and live happily with family and friends. Many people love to see them together because of their chemistry and love for each other. Currently, they are living a very happy and romantic life.

De’arra is active on several kinds of social media platforms like:

Taylor is active on Instagram with the tag name (“@dearra”), where she has 5.4m followers and posted 370 posts. In addition, she has posted many hot and sexy photos on her Instagram account, which received many likes and comments.

She also has a Twitter account with the tag name (“@dearra”), where she has 2M followers and tweets 111.9K times.

De’arra and her boyfriend Ken Walker have created a YouTube channel named “De’arra & Ken 4 Life”, where they have posted many fun and exciting videos. They mostly used to show how they lived happily in a relationship and give advice to the couple.

They joined on YouTube on 11 December 2014 and started posting many exciting videos like vlogs, pranks, relationship advice, and more. They gained huge popularity from their YouTube channel as they have 6.19M subscribers.

Check out the latest updates on Youtuber Radiojh Audrey

A beautiful, active and talented De’arra is a social media personality who came into the light after posting videos with her boyfriend on their YouTube channel. She is currently living a very happy and standard life with an estimated net worth of $1.5 million.