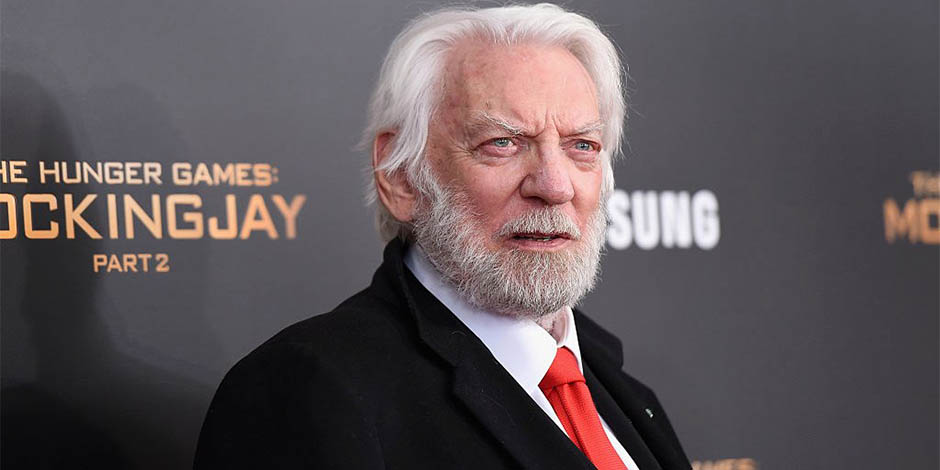 Donald Sutherland was born on 17th July 1935 in Saint John, New Brunswick, a seaport city of the Atlantic Ocean. Sutherland is the son of mother Dorothy Isobel and father, Frederick McLea Sutherland. His father worked in sales and manage the local gas, electricity, and bus company that had the Scottish, German and English Ancestry. At an early age, he had got a rheumatic fever, which is an inflammatory decease that can involve the heart, joints, skin, and brain. 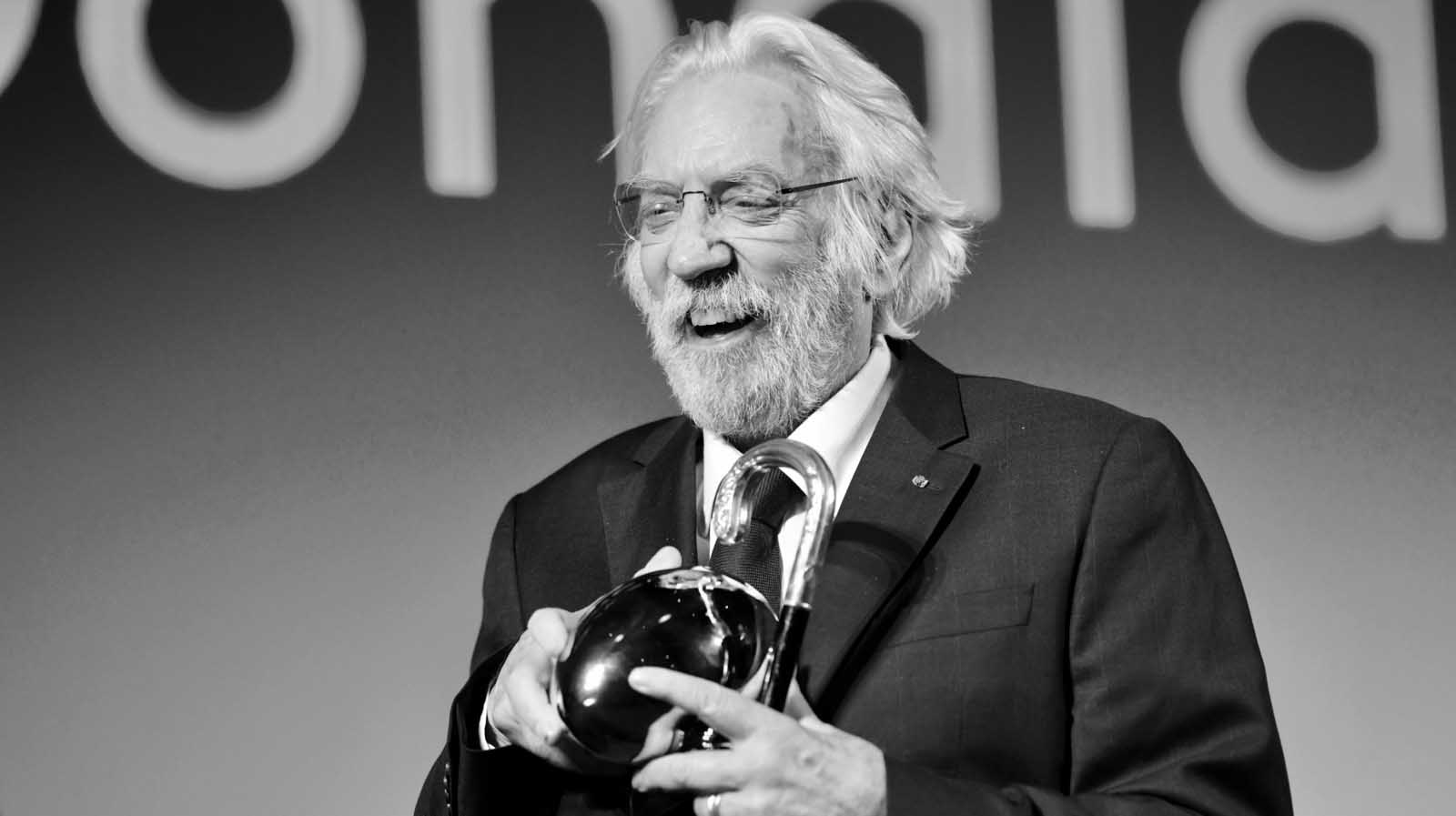 He also had Hepatitis and poliomyelitis, where Hepatitis is inflation of the liver tissue. Poliomyelitis is an infectious disease caused by the poliovirus. He spends his teenage life in Bridgewater, Nova Scotia. At the age of 14, Donald Sutherland got his first part-time job as a news correspondent for local radio station CKBW; a Canadian radio station broadcasted at 98.1 FM in Bridgewater. Sutherland was a Bridgewater High School graduate, and he joined Victoria University, an affiliated college of the University of Toronto.

In that university, Donald Sutherland met his first wife, Lois Hardick, and a double degree in engineering and drama. Donald Sutherland had also had been a member of the “UC Follies” comedy band in Toronto. Later, he decided not to be an engineer, so he left Canada and moved into Britain in 1957. He had done his study at the London Academy of Music and Dramatic Art, a drama school.

Sutherland later left the London Academy of Music and Dramatic Art when he spends his one year and a half at the Perth Repertory Theatre in which was located in Scotland. Later, he had got chance to play a role in British films and TV “The Sentimental Agent,” where he was playing the role besides Christopher Lee, who is an English actor and singer as well as an author, which was a horror movie. Besides, he also plays a horror movie like “Castle of the Living Dead” in 1964, directed by Warren Kiefer, Dr. Terror’s House of Horrors in 1965, directed by veteran horror director Freddie Francis. 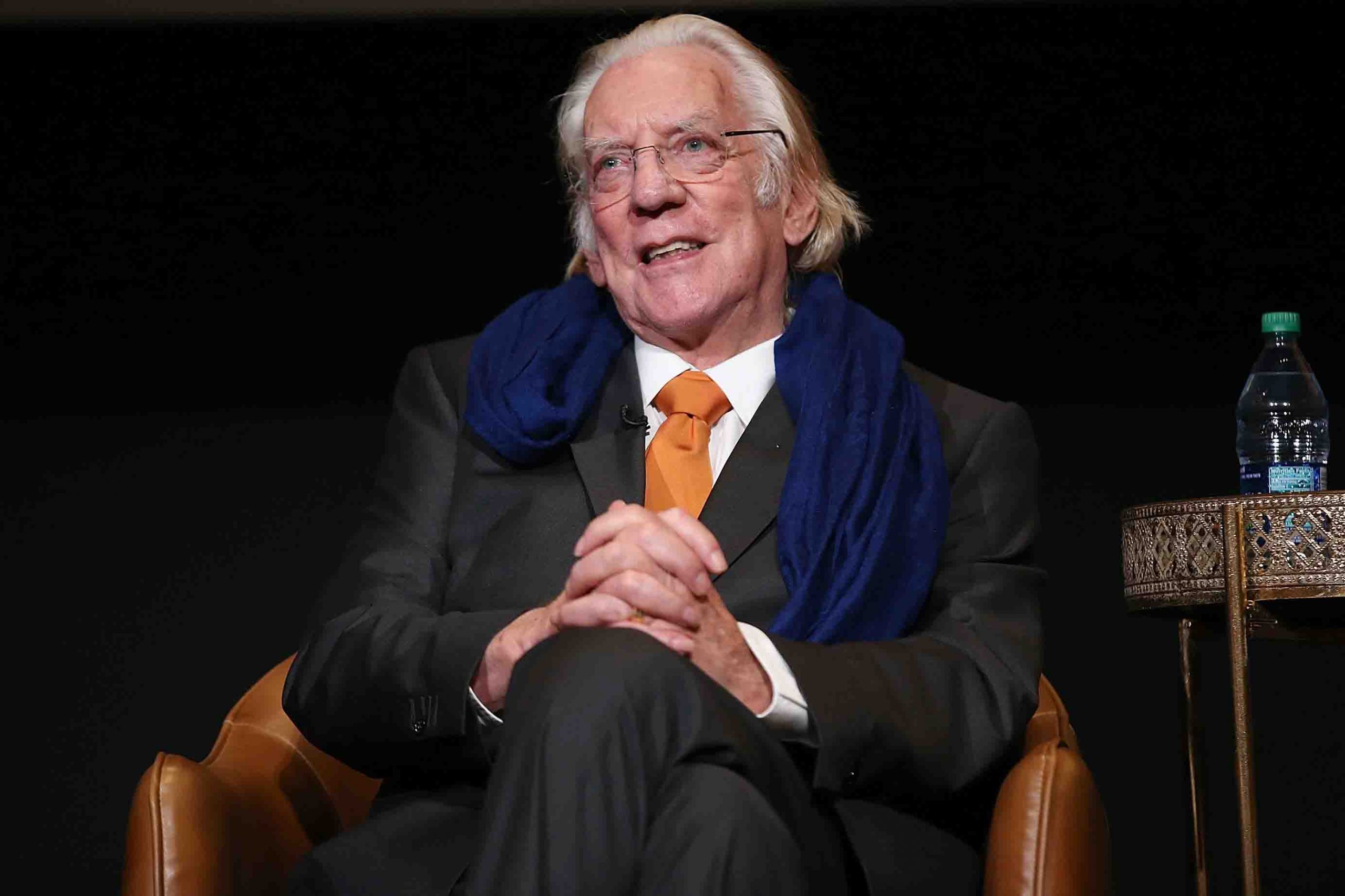 After entering the film sector, Donald Sutherland had got more chances in the film role. After that, he got a supporting role in the Hammer Films, a British film production company. He had reached the opportunity to play in the movie, “Die! Die! My Darling! “with Tallulah Bankhead and Stefanie Powers, an American actress. Their movie release in 1965. After he played lost roles in different movies and series like “The Bedford Incident” and “Gideon’s Way.” In 1966, Donald Sutherland had been in the movie “The Millionaire’s Daughter.

Further, he played the different role in the different types of the films like “The saint” in 1966,” The Avengers” in 1967, “Escape Route” and “The Dirty Dozen,” which was the 5th highest-grossing film of the 1967 and MGM’s highest-grossing movie of that year. After having the massive success on UK-filmed The Dirty Dozen, he went to Hollywood to make his career more beautiful. After that, in the year of 1970, Donald Sutherland was seen in the two war films playing as the character of “Hawkeye” Pierce in Robert Altman’s MASH.

Later, from the year 1972 -2000, he had played exciting roles in the different types of a movie like “Start the Revolution Without Me. ” At that time, he has an intimate relationship with “Jane Fonda” who was an American actress, political activist, and a former fashion model. After that, they both co-produce and Star together in the movie FTA in 1972. Again they both were seen in the film “Steelyard Blue” in 1973. After gaining popularity in the film industry, Donald Sutherland became one of the leading men of the 1970’s movies.

He played in the horror movie like “Don’t Look Now” in 1973 and nominated for the BAFTA Award for Best Actor; and also in the war film “The Eagle Has Landed,” Federico Fellini’s Casanova, and even in the movie “Eye of the Needle” which was the thriller movie. Likewise, he played in the various types of films like “End Of the game,” Invasion of the Body Snatchers,” “National Lampoon’s Animal House,” 1900″. He was more prevalent in a movie like “A Dry White Season.” After this, Donald Sutherland played many more hit films, making him more popular and well known by so many people. 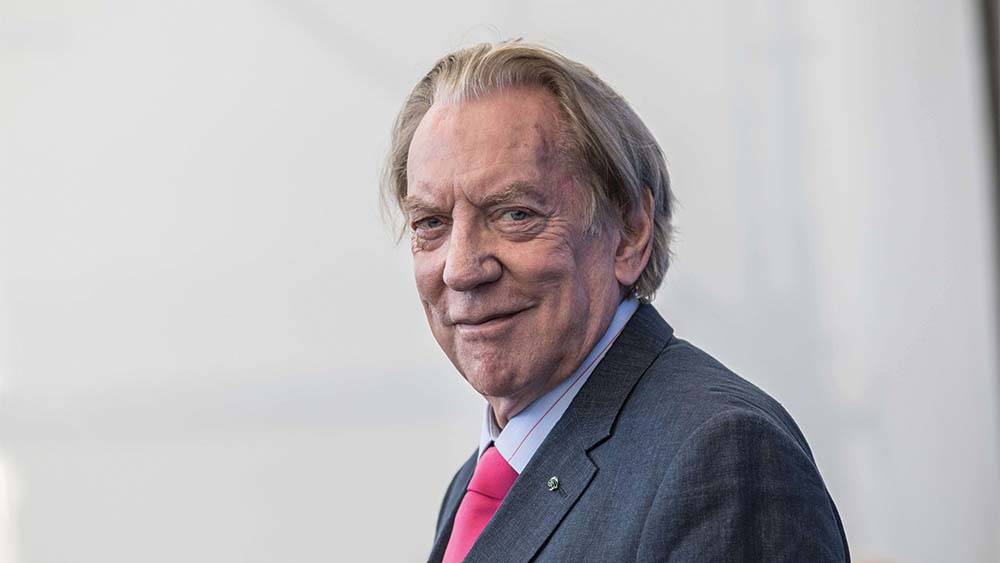 Donald was known as the leading man of the 1970s, where he had married three women in his life. In December 1978, Sutherland was used to be an officer of the Order of Canada. Then he was promoted to Companion of the Order of Canada. He had married three times where his first wife was Lois Hardwick, and they are in a relationship from the year 1959 to 1966. Shirley Douglas was his second wife, and the relationship lasted from 1966 to 1970. Currently, he is with her wife Francine Racette, who was a French Canadian actress. They had got married in 1972, and now they had three sons Rossif Sutherland, Angus Redford Sutherland, and Roeg Sutherland.

Donald Sutherland’s height is 6 feet 3 and a half inches, and his weight is 96 kg. His Zodiac sign is cancer.

The estimated net worth of the Canadian actor Donald Sutherland is $60 million.