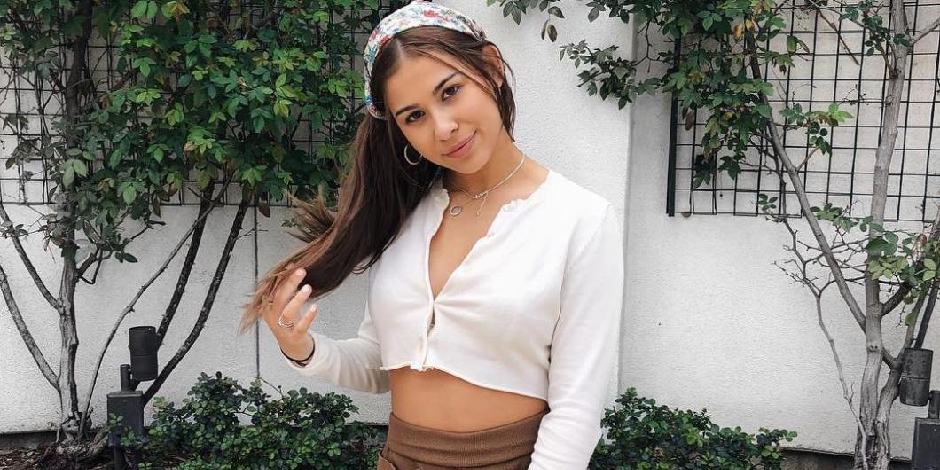 Emily Alexander is a YouTuber and social media star from the United States who is recognized for her daily vlogs and intriguing material.

Her YouTube channel now has over 646 thousand followers, with over 58 million views across all of her videos. Emily is also the girlfriend of a popular YouTuber as well as a social media personality, Adi Fishman.

Emily Alexander was born on 23rd March 2000 in the United States. She hasn’t disclosed the name of her hometown yet nor anything regarding her childhood. She grew up with her two older sisters, Sarah Alexander and Brenda Alexander.

Her mother’s name is Lisa Alexander and her father’s name is still a mystery to us. Emily was born by the name Emily Michelle Alexander. She has American nationality and mixed ethnicity. Her birth sign is Aries.

Emily Alexander is a high school graduate. She completed her high school at a local school in her hometown in 2018. Emily was an active athlete during high school. She used to play basketball and softball. She hasn’t continued her further study.

How did Alexander start her Career?

Emily Alexander started her making YouTube vlogs in January 2018. It hasn’t been that long since she started making videos but she has already gained over 646 thousand subscribers to her channel. Some of her first few vlogs are “My Natural Everyday Makeup!,” “Prom GRWM/VLOG 2018!,” Giving Myself An Extreme Makeover!,” and many more.

Some of Emily’s most-watched videos on YouTube are “Hickey Prank On My Boyfriend,” “Pregnancy Prank On My Boyfriend! (EMOTIONAL),” “Reading My Boyfriend’s Instagram During Out Break Up!,” which have millions of views. Following the success of her YouTube channel, Emily has also started endorsing several clothes and cosmetic brands.

She has further opened her Tik Tok channel where she has over 911.1 thousand followers. She has gained over 19.6 million likes in her videos. She can be connected with @emilyalexaander.

Who is Emily in a relationship with?

Emily Alexander has been in a romantic relationship with fellow social media personalities and YouTuber, Adi Fishman. The couple started dating in 2017 and has been making appearances on each other’s social media platforms.

They together make like a couple of goals. Emily is usually on vacation with her boyfriend and she loves to show her romantic life to her fans. She currently resides in Los Angeles, California, with Skye’s adopted husky dog and a cat Mocha

Emily Alexander celebrated her 21st birthday on March 2021. She is a beautiful photogenic woman. She possesses a slim body build with dark brown hair and hazel eyes. Emily prefers to dye her hair in different colors and mostly with blonde and pink colors. She is gifted with a tall height of 5 feet 7 inches which is about 170 cm and weighs 55 kg or 121lbs.

Emily is a health freak. She might not be vegan like her elder sister but she is trying to go dairy-free. She attends the gym regularly to maintain her beautiful body.

Emily Alexander has an estimated net worth of $1.9 million as of 2021. She makes her earnings through her YouTube channel and brand endorsements. Emily has endorsed several brands such as Loungewear, REVOLVE, ZAFUL, UltaBeauty, and several more. She is living a luxurious and successful life as a social media celebrity.