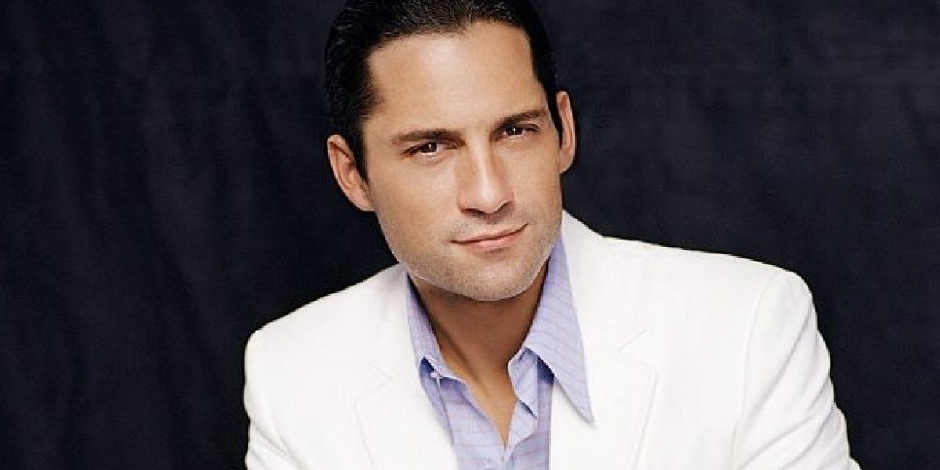 Enrique Murciano is an American actor who is popularly known for playing the roles in the drama series “Without a Trace”. Since 1997, he has been seen working actively in his acting career.

Where was Enrique born and raised?

Enrique Murciano’s full name is Enrique Ricardo Murciano Jr. and was born on 9 July 1973 in Miami, Florida, the U.S. as the son of a father, Enrique Murciano Sr. and a mother, Christina Murciano. He has two siblings and they are sisters who were older than him. Currently, he is at the age of 47 years and his zodiac sign is Cancer.

Enrique Murciano holds an American nationality and belongs to the Cuban ethnicity.

Enrique Murciano went to attend Christopher Columbus High School for his education. After that, he joined Tulane University that is located in New Orleans, Louisiana. Further, he also attended at New England School of Law but later, he decided to leave that school to focus on his acting career.

How did Murciano start his Career?

Enrique Murciano started his acting career after he had been cast as Alejandro in an American action thriller movie “Speed 2: Cruise Control” alongside Jennifer Badger, Temuera Morrison, and Sandra Bullock. After that, he was also seen, appearing as a DEA agent in the American crime drama movie “Traffic”.

Further, he was also seen playing the role of Water in the movie “Water & Power” in 2013, and later, he played the role of Poison in an American urban fantasy action movie “Bright” in 2017. Likewise, in 2020, he also got the roles of Deacon Flores in an American coming-of-age comedy-drama movie “The Half of It” alongside Morgan Krantz.

From the year 2002 to 2009, he was cast into the main role of Danny Taylor in an American police procedural drama television series “Without a Trace”. His performance was praised by everyone and received positive responses. Later, from 2015–2017, he was also seen playing in the movie “Bloodline” alongside John Leguizamo.

Besides this, he also got the main role as Peter Guillory in an American thriller drama television series “Tell Me you Secrets”.

Who is Murciano in a relationship with?

Currently, Enrique Murciano is living his single life happily where he was seen living in a relationship with an American model Molly Sims from 2002 to 2003. Later, he was also seen dating British actress Lily Cole from the year 2008 to 2011. Further, from 2018 to 2019, he lived in a romantic relationship with German model Toni Garrn.

To talk about Enrique Murciano’s physical statistics, he has a height of 6 feet 1 inch (1.85 m) and a weight of 75 kg or 165.35 lb. Besides this, he has got a good-looking face with black hair and dark brown eyes. His sexual orientation is straight. Enrique’s face is similar to Paul Ryan who is an American retired politician.

What is the current Net Worth of Murcianco?

Enrique Murciano is a good-looking, active, and talented actor who has been seen appearing in several movies and series like “Traffic”, “The Lost City”, “Power”, “The Saint” and more. Enrique has got success in his career and became able to make an estimated net worth of $275 million.

Enrique Murciano is listed on 55 Richest Actors Alive in 2021.