Skip to content
Home » Gossip » Who are the 4 Ex-Wives of AB Quintanilla and What are they doing now?

Who are the 4 Ex-Wives of AB Quintanilla and What are they doing now? 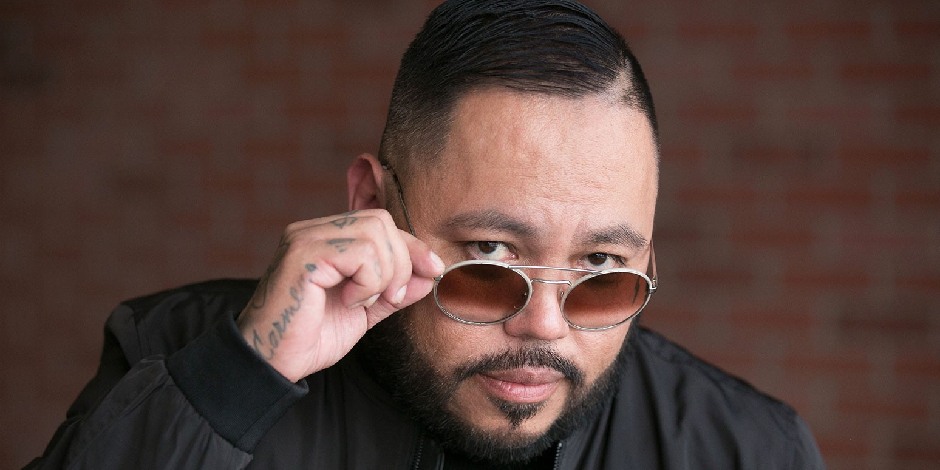 Fifty-seven-year-old AB Quintanilla, whose real name is Abraham Isaac Quintanilla III, married his loved one Anjelah O. on 16 September 2019. The couple is having quality time and spent their one year of wonderful and happy married life.

AB Quintanilla and his wife celebrated their anniversary together and posted on Instagram with a beautiful caption, “Te amo mucho baby!!! Happy Anniversary, my love!!!“. They love each other unconditionally.

Mostly he showed his love and affection to her on his Instagram account with the tag name (“@abquintanialla3“). On one of the Instagram videos with his wife Anjelah, he wrote the caption, “I feel like a candy”.

AB Quintanilla also rapped to tell his fans about his anniversary,

“It’s crazy how time flies… Exactly 1 year ago, I married my wife @anjelah.o Quintanilla, and you changed my world to a beautiful place!!!”.

Is Quintanilla married before?

The answer to the question is a big “YES“. In actuality, AB married four times before he wed Anjelah, where Anjelah is the fifth wife of Quintanilla.

However, the most exciting fact is that he did not marry twice or thrice but married five times, which creates many rumors and gossip about his personal life.

AB Quintanilla’s first marriage was with Evangelina Almeida on 17 April 1988, and at that time, he was at his age of 24. Unfortunately, they separated before the death of Selena, where Quintanilla’s also getting success in his career after he started working with his sister. They gave birth to their two children named Savani, born in 1991, and Giani, born in 2000.

AB Quintanilla had to face his sister’s tragic death so that he took some break from his career. Their marriage also broke after some time. In 2002, he married his second wife named Heather Grein, with whom he has two sons, but his sons’ name is secret. Further, it also came to known that he married his third wife, Brenda Ramirez, on 31 December 2004.

His marriage with Brenda was also not good as they divorced later, and then, he got married to his fourth wife, Rikkie Leigh Robertson, after living in a long relationship. AB Quintanilla further has four more children, but the mother of his children is secret. Rikkie Leigh Robertson is a model, but she is quiet about her personal life and professional life. The couple shared their love only for five years then decided to live separately. He confirmed that he divorced his ex-wife while he was in concert and made all his fans more curious about his personal life.

Rikkie is now married to a photographer guy named David Gonzalez on February 23, 2018. She has celebrated the third-anniversary posting picture on her official Instagram account.

The couple did not have any children together, but he has eight children and has a grandchild from his previous relationship. The names of his all children are hidden, but only the name of his only two children are available.

After having four ex-wives, he married his fifth wife, Anjelakh Orellano, and currently, they are living and celebrating their first marriage anniversary together.

Who is Selena Quintanilla, and how did she help AB Quintanilla to rise in his career?

A series “Selena: The Series“, broadcasted on Netflix made all the fans and the followers go crazy to watch the show related to the most popular and honored “Queen of Tejano Music”, Selena Quintanilla. AB Quintanilla grabbed the attention of many people for being the brother of former popular and successful American multitalented personality Selena.

AB Quintanilla had a good relationship with his sister and was one of Selena’s band members. The bond of AB Quintanilla and his sister was unbreakable, and they were powerful siblings. AB Quintanilla wrote many lyrics that Selena sang, including “Como La Flor” and “No Me Queda Mas“.

The president of her fan club killed “Queen of Tejano Music“, Selena Quintanilla, with a very tragic shot. At that time, Selena was just 23 years old. As AB Quintanilla’s life related to his sister, he also grabbed the attention of many people. Peoples are getting more curious to know more about Selena’s life, and they are desperately waiting for the second part of the series as the first half of the two-part series released on Netflix.