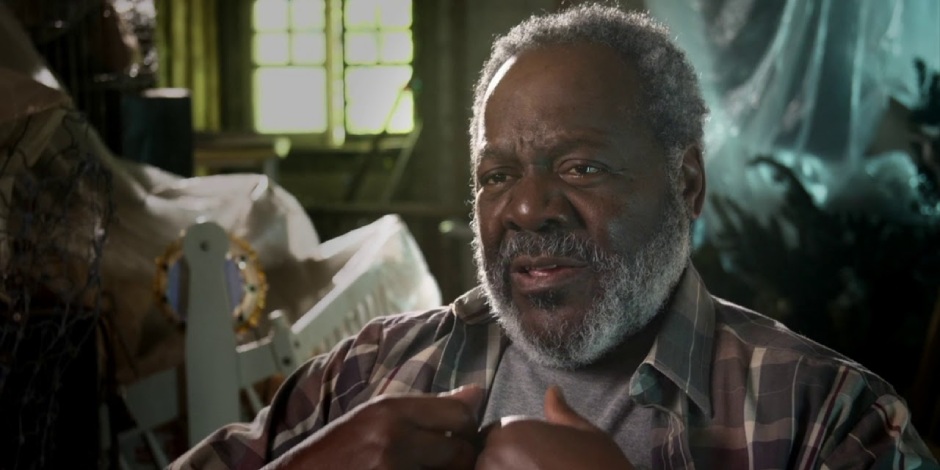 Frankie Faison is a professional actor from the United States who is known for his several film and television appearances. He is popularly known for his appearance in the HBO drama series, The Wire where he portrayed the character of Ervin Burrell and further in other series, Hannibal Lecter franchise, and Banshee.

Where was Faison born and raised?

Faison was born on 10th June of 1949 in a city of Virginia state called Newport News in the United States. His birth name is Frankie Russel Faison and he was born to Edgar and Carmena Faison.

Faison belongs to the ethnicity black and his nationality is American. He has a straight sexual orientation and has Gemini as his birth sign.

Where did Frankie go to University?

Faison received his education in drama from the university in Bloomington called, Illinois Wesleyan University receiving his Bachelor’s degree in Arts. He also became a member of the Theta Chi fraternity. In 1974, he graduated with a Master’s degree in Arts from New York University’s Graduate Acting Program.

How did Faison start his career?

Faison made his film debut in 1980 playing a small role as a man in the lobby in Permanent Vacation. Faison made his television debut in 1974 with the series, Great Performances as Captain alongside Harvey Keitel.

Frankie Faison continued making several smaller tv-series appearances until 1990 when he landed the role of Ron Freeman in an American sitcom, True Colors. He made his breakthrough with his role as Ervin Burrell in the series The Wire alongside Jennifer Badger in 2002 and his other major tv appearances are Prey, One Life to Live, Banshee, and The Village. Frankie Faison has also made his smaller appearances in the series Elementary, The Good Fight, The Expanse, God Friended Me, The Blacklist, and several others.

How many awards does Frankie Faison win?

In 2003, Faison was awarded his first FFCC Award for Best Ensemble Cast for his performance in the drama film, Thirteen Conversations About One Thing. The award was shared with the co-star’s Alan Arkin, Alex Burns, Clea DuVall, and many more. In 2017, he was nominated with Black Reel Awards for Outstanding Guest Performer, Drama Series after his appearance in the tv series, Luke Cage.

In 2018, Faison was awarded Kidscreen Award for Best Acting for his performance in the family drama film, An American Girl Story: Melody 1963 – Love Has to Win which he shared with stars Marsai Martin, Idara Victor, Frances Fisher.

Who is Faison married to?

Faison is married to Jane Mandel. The couple tied their knot in 1988 and now are blessed with 2 sons namely Robert and Blake Faison and 2 daughters namely Rachel and Amanda Faison. He also has a pet cat named ginger.

He has an average body build and is still healthy and actively participating in his acting career. He is 6 feet 2 inches tall which is about 1,88 m and weighs 78 kg. He has black eyes and grey hair.

Frankie Faison has an estimated net worth of 2.5 million dollars as of 2021. Despite his million earnings, he prefers to keep simple life. He is neither into fashion nor any luxurious collections.