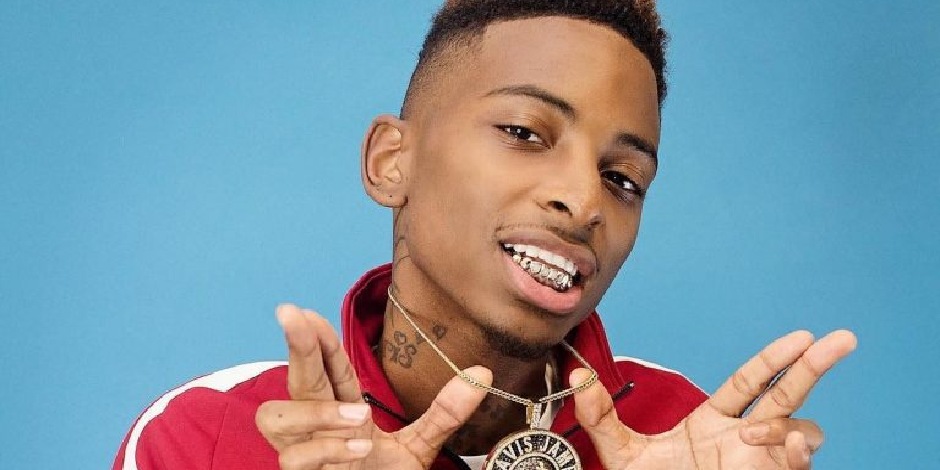 FunnyMike is an American-born social media star and comedian, best known for funny videos that he posted on his YouTube channels.

Where was FunnyMike born and raised?

FunnyMike, whose real name is MacArthur Johnson, was born in a well family on 8 October 1996 in Baton Rouge, Louisiana. However, his parents’ identity has been kept secret so that there is still a question mark about them. He has a brother whose name is Wings.

Currently, he turned into the age of 25, and his zodiac sign is Libra as per his birth date. Likewise, He holds an American nationality, and as per his ethnic background, he belongs to the ethnicity of African-American.

FunnyMike grew up nicely in a good environment, but when it comes to his family members, he keeps himself quiet as he is very confidential about his personal life. Likewise, he hides all the details about his childhood events, but he grew up with his brother, with whom he seems close.

Besides this, he attended DeKalb County School, but he was expelled from the school when he was in grade seven. After that, he joined Tara High School, from where he became graduated.

He has established himself as a famous YouTuber who has created many YouTube channels under his name and has many subscribers. However, he gained more fame and success because of his comedic, prank, challenges, and other videos that he posted on his social media accounts.

This youtuber  has been in a romantic relationship with his partner Jaliyah Monet who is also a YouTuber. The couple has created their YouTube channel for their family where they had shared their personal life information to their fans and followers.

The couple together gave birth to their two children, and among them, one is a daughter named Londyn, born in February 2019, and another one is a son named MacAuthor Johnson Jr., born in July 2020. Currently, they are living their life together, taking care of their children.

To talk about FunnyMike’s physical statistics, he has a height of 5 feet 11 inches and a weight of 70 kg or 156 lbs. Similarly, he is an attractive guy who looks more attractive with his black hair and brown eyes. His sexuality is straight.

He is active on Instagram with the tag name (“@funnymike”), where he has 7.5M followers and posted 914 posts. He has posted many photos and videos on his Instagram account, including funny and exciting videos that his fans and followers liked and commented on.

He also opened his Facebook account named “FunnyMike,” where he has 2M followers and posted many photos and videos that made his fans and followers happy and changed their moods because of his funny videos. So many people reacted and commented on his every post.

FunnyMike is also using the TikTok account with the tag name (“@whofunnymike”), with 3M followers. He has posted many funny, lip-syncing, and other exciting videos with his family and friends, which many people watched and commented on. The total likes on his posted videos reached 21.4M to till now.

He has created his YouTube channel named “FunnyMike,” where he has 6.76M subscribers. He joined on YouTube on 2 May 2016 and started posting many fun videos with his family and friends, which many people watched and liked. Because of his comedic content, he is getting more attention from people.

Likewise, there is also another YouTube channel, “FunnyMike Family,” with 3.24M subscribers. He posted his videos with his partner and children on this YouTube channel they created on 8 September 2017.

A good-looking, active, and talented FunnyMike is a famous YouTuber who posts funny videos on his YouTube channels. Currently, he enjoys his wealthy life with an estimated net worth of $2.88 million.