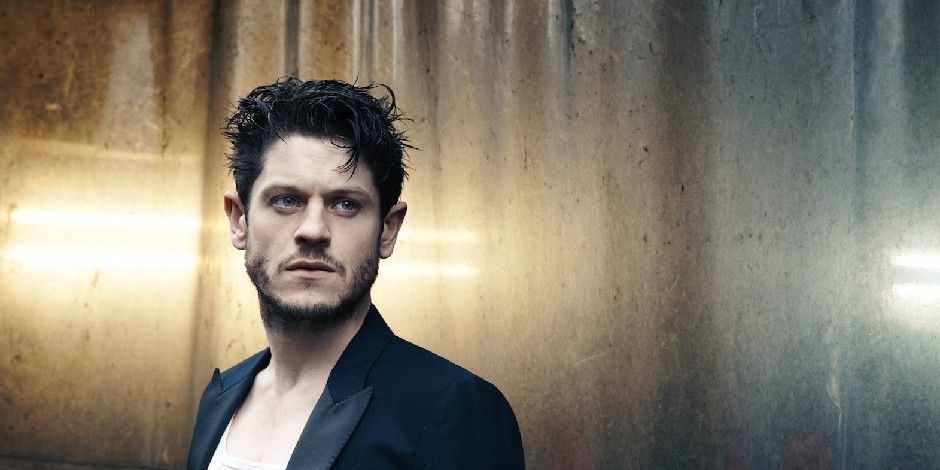 Why Is Iwan Rheon Popular?

Iwan Rheon is a well-known Welsh actor, singer, narrator, and musician who is popularly known for his role in series like “Misfits”, “Game of Thrones” alongside Ed Skrien and Oona Chaplin, and the movie “The Dirt”. He was seen working actively on his career from the year 2002 to 2004 and 2008 to the present.

Iwan Rheon was born on 13 May 1985 in Carmarthen, Carmarthenshire, Wales as a son of his father, Tomos Rheon, and mother, Einir Rheon. His father was an accountant where his mother was a social worker. He has a brother and his name is Aled Rheon and he is a singer where they both were also seen performing together. His age is 35 years.

Where did Iwan go to School?

Earlier, he went to attend Ysgol Gyfun Gymraeg Glantan and when he turned the age of 17, he went started doing acting on a school drama production. Further, he joined at National Eisteddfod of Wales for his study and after that, he went to at London Academy of Music and Dramatic Art.

Who is Iwan Rheon in Relationship with?

Iwan Rheon is in a relationship with Zoe Grisedale with whom he had one child, born in August 2018. Currently, they are living in London.

How did Iwan start his Career?

Iwan Rheon started his television career after he had been cast as Macsen White on a Welsh language soap opera “Pobol y Cwm” from the year 2002 to 2004. Rheon started his film career after he had been cast as George in a Welsh movie “Resistance” which was directed by Amit Gupta in 2011. In the same year, she was also seen appearing as Pill on a British crime comedy-drama movie “Wild Bill” which was directed by Dexter Fletcher.

From the year of 2013 to 2016, he was cast as Ramsay Bolton on an American fantasy drama television series “Game of Thrones” which was created by David Benioff where Rheon received more positive feedback for his best performance on the series. Furthermore, he was also seen appearing as Ash Weston on a British television sitcom “Vicious” from the year 2013 to 2016. Later, he was seen playing roles in series like “Our Girl”, “Under Milk Wood”, “Residue”, “The Hollow” and “Riviera”.

Further, he was cast on a British biographical comedy-drama television series “Urban Myths” where he was seen playing the role of Adolf Hitler. In the same year, he was also seen playing the role of Maximus on an American television series “Marvel’s Inhumans” which was created by Scott Buck. After that, he was also seen providing his voice on several characters on an American animated sitcom “Family Guy” which was created by Family Guy.

Further, he will be seen appearing as Prince William on an upcoming American animated sitcom “The Prince” in 2021.

Further, he was seen appearing in the movies like “The Back of Beyond”, “The Rise” and“The Gospel of Us” in 2012. Later, in the year of 2013, he was cast as Daniel O’Leary on a Spanish-Venezuelan historical drama movie “The Liberator” which was directed by Alberto Arvelo. After that, in 2015, he was seen appearing in the role of Randall in the movie “Mermaid’s Song” and in the following year, he was seen playing the role of S.U.M.1 in a science fiction movie “Alien Invasion: S.U.M.1”.

In 2018, he was cast as Jam Zumbach on a biographical war movie “Hurricane” which was directed by David Blair where Rheon became able to grab the attention of many people. Likewise, in 2019, he was seen appearing in the role of Mick Mars on an American biographical comedy-drama movie “The Dirt”. In addition, she was seen in movies like “Berlin, I Love You”, “Four” and “The Existential Hotline”.

Further, he will be seen appearing in upcoming movies like “The Toll”, “Barbarians”, “Suppression” and “The Magic Flute”.

Iwan Rheon was seen playing the roles on several plays like “Eight Miles High”, “Spring Awakening”, “The Devil Inside Him”, Remembrance Day” and “Foxfinder”.

Rheon provided his voice on the radio “Darkside” in 2013.

Rheon had also provided his voice as a Narrator on an Audiobook “Wizards and Robots”.

Iwan Rheon has also provided his voice on the video game “Game of Thrones” from the year 2014 to 2015.

In his career, he had won several awards including Laurence Olivier Award and CinEuphoria Award.

What is the Current Net Worth of Iwan Rheon?

Rheon is a talented and hard-working guy, who has been seen working on several movies and series, has an estimated net worth of $4 million.