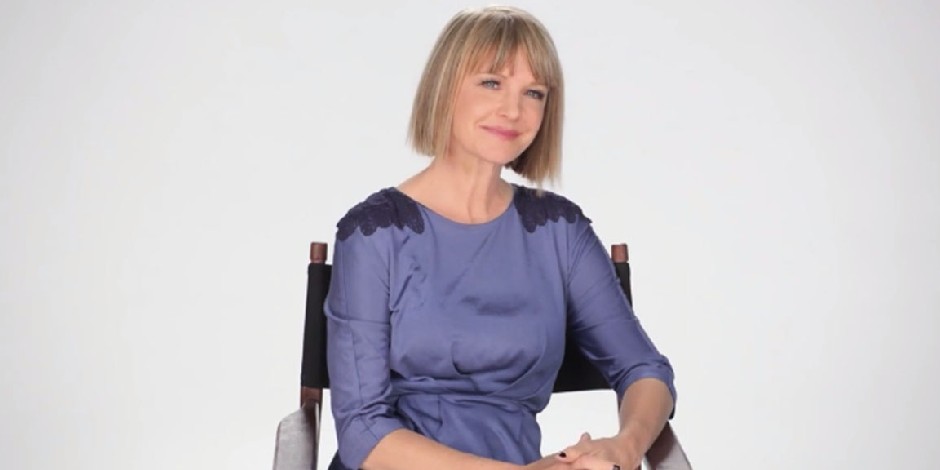 Who is Kathryn Morris and What is he popularly known for?

Kathryn Morris is a beautiful and professional actress from the United States who is known for her number of film and tv series appearances among which she caught the attention of the public with her role in the CBS television drama series, Cold Case where she portrayed the lead role as Lily Rush.

Kathryn Morris was born on 28th January of 1969 in one of the major cities of Ohio called Cincinnati in the United States. Her full name is Kathryn Susan Morris and she is the daughter of an Insurance agent, Joyce, and a Bible scholar, Stanley. She was raised with her 5 siblings in a Christian family. She spent her childhood as being a part of a gospel group created by her father, ‘Bible Belt’.

Morris finished her high school by studying theatres. She then joined Northwestern Christian College and later she graduated from Temple University in Philadelphia.

Morris made her film debut in 1991 with the romantic musical comedy film, Cool as Ice where she portrayed the character of Jen. She then played a small role in an American horror film, Sleepstalker in 1995 as Megan. Following year, she landed a small role in the film, Paper Dragons as Kate and in The Prince as Emily.

In 1997, Kathryn Morris portrayed the role of a psychiatric patient, As Good as It Gets. She went on to play the role of an anxious mother in the American fantasy-action-horror film, The Prophecy II in 1998 alongside Ethan Embry. In 1999, she appeared in films namely Screenplay and Deterrence. After playing a number of smaller screens, Kathryn Morris landed her first lead role in American-British crime thriller slasher film, Mindhunters in 2004 where she starred as Sara Moore alongside co-stars LL Cool J, Jonny Lee Miller, Patricia, and others.

Morris then went on to playing smaller screens in films like Resurrecting the Champ as Joyce Kernan, Nurse Platt in the American neo-noir dark comedy film, Assassination of High School. In 2011, Kathryn Morris appeared in 2 films namely Cougars, Inc as Alison, and in Moneyball as Billy Beane’s wife. She also appeared in 2 short films during those years namely Sunday’s Mother and The Coin. Her other film appearances are The Perfect Guy and Bone Tomahawk in 2015, You Get Me in 2017, and The Dirt in 2019.

Morris made her television debut with the role of Billy Jo Robertson in the tv movie, Long Road Home in 1991. In 1994, she landed the major role in an American drama film, Rise and Walk The Dennis Byrd Story as Angela alongside stars Peter Berg. The same year, she appeared in another tv miniseries, Oldest Living Confederate Widow Tells All as Zundro, she also made her appearance in the American legal drama tv series, Sweet Justice as Remy and in the tv film, A Friend to Die For as Monica Whitley.

Following year, she appeared in 2 other tv films namely W.E.I.R.L.D World as Lucy and in Family Values as Borgyork Grumm. Kathryn Morris started making a number of small appearances in tv series like Murder, She Wrote, Silk Stalkings, relativity, Ink, finally landing her first main role in the tv series, Pensacola: Wings of Gold as Stinger in 1997. She dropped her first lead role in 2003 in a tv series, Cold Case, and received public attention. After that, she made a small appearance in the tv series Colony in 2016 and a regular appearance in the series, Reverie in 2018.

Morris is committed to an American actor named Johnny Messner. They tied their knot in 2010 and has 2 sons named Jameson Messner and Rocco Messner born twins in 2013. Kathryn Morris was previously in a relationship with Randy Hamilton whom she dated for 2 years from 2002 till 2004.

Morris is not an Instagram user, unfortunately. However, she has her own personal Twitter account with over 15 hundred followers. She can be connected by @kathrynmorris on Twitter. She also has a Facebook page with people over 3 thousand followers. She can be connected with @officialkathrynmorris. It is again sad to know that she has stopped posting on Twitter since 2018 but well fans are never short on information. Multiple fan accounts of her on Instagram and on Twitter are available which gives up-to-date information about her work.

Morris turned 52 years old in January of 2021, she is still as beautiful as ever. She has a tall height of 5 feet and 7 inches with a bodyweight of about 55 kg. She possesses a slim body having banana-shaped measurements of a bust size 35 inches, waist of 26 inches, and hips of 36 inches. Overall, Kathryn Morris has 35-26-36 inches of body measurements.

Despite being the mother of 2, she has able to maintain her body like an hourglass. We don’t know anything specific about her workout routine but we believe that she does has her own diet plan and workout routine to keep her look young, active, and beautiful.

Morris belongs to white ethnicity and has the nationality of American. She has blonde hair and blue eyes. Her sexual orientation is straight and she has Aquarius as her sun sign.

Kathryn Morris’s net worth as of 2021 is estimated to be 4 million dollars. Her earnings solely come from her acting career. It is all thanks to his multiple film and television appearances. We believe she will make more earnings in the coming years as she has been warning her fans with a number of new projects in her social media accounts. No matter the ages, Kathryn Morris never disappoints her fans, and hope she will make her major breakthrough in the coming years.