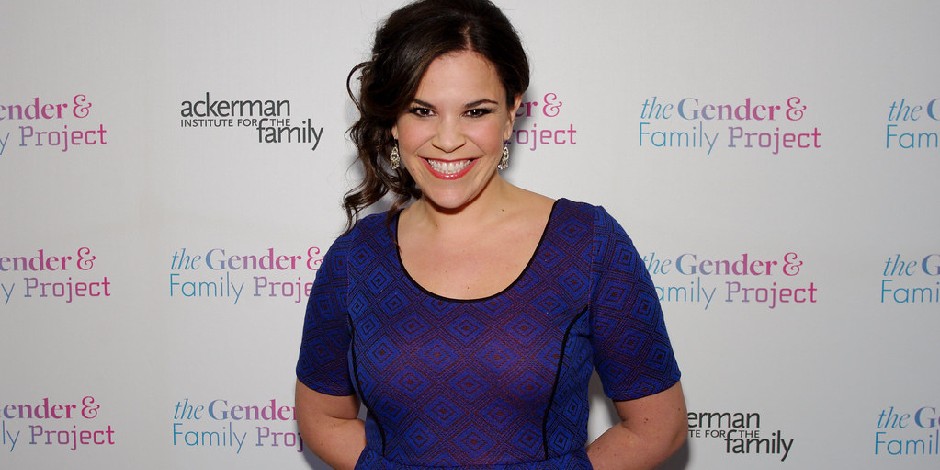 Lindsay Mendez is an American-born actress and singer who made her appearance in several theatre productions, which made her winning Tony Award for Beat featured Actress in a Musical from the musical “Carousel”.

Where was Lindsay born and raised?

Lindsay Mendez was born on 1 March 1983 in Norwalk, California, the U.S., as a daughter of a father, Mike Mendez, and a mother, Beckie Mendez. She has a sibling whose name is Michael Mendez. Currently, she is at the age of 38, and her zodiac sign is Pisces, as she was born on 1 March.

Mendez spent her childhood happily with her family in a good environment full of love and support from her father and mother. However, as she is a secretive person, she is quiet about her family members so that there is still a question mark about her parents. When she was just six years old, she knew her interest in singing, dancing, and acting, so she started studying singing, dancing, and acting.

Lindsay holds an American nationality, and as per her ethnic background, she belongs to the ethnicity of Mexican and Russian.

Lindsay attended Orange County High School of Arts, where she majored in Musical Theater for her education. Later, she became graduated and moved to NYC to follow her career in theater.

How did Mendez start her Career?

Lindsay Mendez has made her appearance in several Off-Broadway productions, as in 2009, she played Betty Jean in the musical comedy “The Marvelous Wonderettes”. In the same year, she also appeared as a Performer in the musical play “Everyday Rapture”. Likewise, she also got the chance to play the roles in the production of “Dogfight”, “The Winter’s Tale”, and more.

Later, she made her Boardway appearance as Jan in the musical “Grease” from 2007 to 2008. After that, she played roles in series like “Everyday Rapture”, “Significant Other”, and more. Besides this, Lindsay Mendez made her first television appearance in the American musical drama television series “Smash” in 2013.

Similarly, she also appeared as Rachel in the American sitcom “Murphy Brown” in 2018. In the same year, she also played Bel Air Black Widow in the sitcom “Modern Family” where she shared the screen with Artemis Pebdani. After that, in 2019, she also got the role of Dr. Angela Hardy in “Elementary“. Further, from 2019 to 2021, she starred as Sara Castillo in the American legal drama television series “All Rise”.

Check out the latest upadates on Artemis Pebdani

Previously, Lindsay Mendez married her first husband, Michael Borth, in 2008, but the couple later divorced in 2014. After that, she married her current husband Philip Wakefield in 2016, and currently, they are living a very happy and peaceful life with each other.

Lindsay Mendez has a beautiful face with brown hair and brown eyes, but she is quiet about her physical statistics like height, weight, body measurements, shoe size, and more as she is a kind of secretive nature person.

Lindsay Mendez is active on social media platforms like:

Lindsay is active on Instagram with the tag name (“@lindsaymendez”), where she has 80.3K followers and posted 1095 posts. In addition, she has posted many pictures and videos which received good likes and comments.

Likewise, she also has a Twitter account with the tag name (“@LindsayMendez”), where she has 39.5K followers and tweets 67 times.

Mendez’s fans have created her fan page on Facebook named “Lindsay Mendez”, where 10K followers followed her. In addition, fans have posted her beautiful photos, which received many likes and comments.

A beautiful, active and talented Lindsay Mendez is a well-known actress and singer, popularly known for her theatre works, and she made her appearance in several musical plays. Currently, she is living her comfortable life with an estimated net worth of $1.4 million.