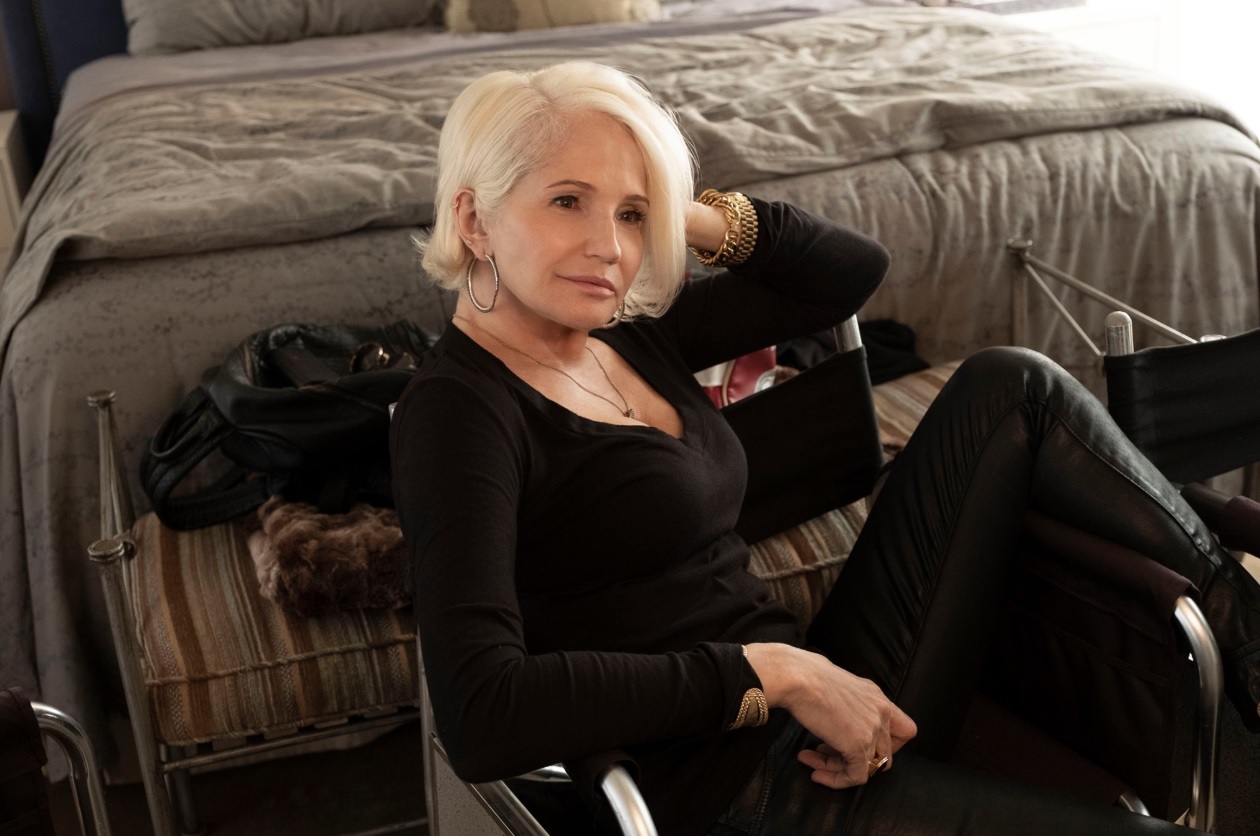 Ellen Barkin is a renowned American actress and producer who is popularly known for her role in the movie “Diner” alongside Thekla Reuten and Alicia Vikander. She has been seen working actively on her career since the year of 1978.

Ellen Barkin, whose real name is Ellen Rona Barkin was born on 16 April 1954 in New York City, U.S. as a daughter of father Sol Barkin and mother, Evelyn Rozin Barkin. Barkin’s age is s 66 years Her mother was a hospital administrator who has been seen working at Jamaica Hospital and her father was a chemical salesman. She has a brother, whose name is George.

Barkin holds an American nationality and belongs to an Ashkenazi Jewish ethnicity. Her zodiac sign is Aries.

What is the academic qualification of Ellen?

Earlier, Ellen Barkin went to attend Parsons Junior high school, and later, she joined Manhattan’s High School of Performing Arts from where she received a diploma. After that, she attended Hunter College and from where she double majored in history and drama. Further, she was seen appearing at New York City’s Actors Studio and continued her acting career.

Before Ellen Barkin married an actor Gabriel Byrne in 1988 and they decided to live separately in 1993. Later, they were legally divorced in 1999 where they had two sons together who were Jack Daniel and Romy Marion, born in 1989 and 1992 respectively. After that, in 2000, Barkin married Ronald O. Perelman but they also divorced in 2006.

What Movies and TV Shows has Barkin been in?

Ellen Barkin started her film career after she had been cast as Woman Playing Guitar on an American buddy comedy movie “Up in Smoke” in 1978. After that, in 1982, she was cast as Beth Schreiber on an American comedy-drama movie “Diner” which is known as her breakthrough performance. Her performance was praised by everyone, and she received lots of positive responses.

In the year of 1984, Ellen Barkin was seen playing the role of Kate Wilowski in an American drama movie “Harry & Sons” which was directed by Paul Newman. In the same year, he was also cast as Penny Priddy on an American science fiction movie “The Adventures of Buckaroo Banzai Across the 8th Dimension”.

Furthermore, she was seen appearing as Mary O’Connor in the movie “Terminal Choice” in 1985. After that, in 1986, she appeared as Aunt Starr on an American drama movie “Desert Bloom” for which she had won Sant Jordi Award for Best Foreign Actress. In the same year, she was also seen playing the role of Laurette on an American black-and-white independent movie “Down by Law”.

Likewise, in 1987, she was cast as Anne Osborne on an American neo-noir romantic thriller movie “The Big Easy” which was directed by Jim MacBride and she became able to won Sant Jordi Award for Best Foreign Actress. Further, she was seen in several movies like “Made in Heaven”, “Siesta”, “Johnny Handsome”, “Sea of Love” alongside John Goodman, “Switch”,“ Mac”, “Man Trouble”, “Into the West”, “This Boy’s Life” and “Bad Company”.

In the year 1995, Ellen Barkin was seen appearing as Calamity Jane in a Western movie “Wild Bill” alongside Bill Bailey and Diane Lane, and in 1996, she was also seen playing the role of Jewel stern on an American sports psychological thriller movie “The Fan” for which she had won Blockbuster Entertainment Award for Favorite Supporting Actress – Adventure/ Drama.

Later, she was seen in several movies like “Palindromes”, “Mad Dog Time”, “Someone Like You”, “Fear and Loathing in Las Vegas”, “Ocean’s Twelve”, “Drop Dead Gorgeous”, “The White River Kid”, “Crime and Punishment in Suburbia”, “Mercy”, “She Hate Me”,  “Trust the Man”, “Ocean’s Thirteen”, “Brooklyn’s Finest”, “Happy Tears”, Twelve”, “The Chameleon”, “Shit Year” and “Operation: Endgame”.

In addition, she was cast as Lynn Hellman on an American black comedy-drama movie “Another Happy Day” in 2011. After that, in 2013, she was also seen appearing as Norma Berger in the movie “Very Good Girls”. Later, she was seen in several movies like “The Cobbler” alongside Amy Sedaris, “Hands of Stone”, “Active Adults” and “The Man from Toronto”. Further, she will be seen on an upcoming American comedy-drama movie “Breaking News in Yuba County”.

Ellen Barkin started her television career after she had been cast on a television movie “Kent State” in 1981. In that year, she was also seen playing the role of Christ Capoletti in the television movie “We’re Fighting Back”. Further, she was seen appearing on several series and movies like “Parole”, “Terrible Joe Moran”, “Act of Vengeance”, “The Princess Who Had Never Laughed”, and “Clinton and Nadine”.

In the year of 1997, Ellen Barkin was seen playing the role of Glory Marie Jackson on a drama television movie “Before Women Had Wings” for which she had won Primetime Emmy Award for Outstanding Lead Actress in a Miniseries or a Movie and Satellite Award for Best Supporting Actress – Series, Miniseries or Television Film. After that, in 2001, she was also seen providing her voice over the character Lenore on an American animated sitcom “King of the Hill”.

Later, Barkin was seen on several series including “Modern Family”, “The New Normal”, “Happyish” and “Animal Kingdom” where she was seen playing the leading role in the series. In 2017, she was also seen as Sasha Walz in the drama television movie “The Immortal Life of Henrietta Lacks”.

Ellen Barkin is a well-known and beautiful actress who has been seen working on several movies and series, has an estimated net worth of $80 million.