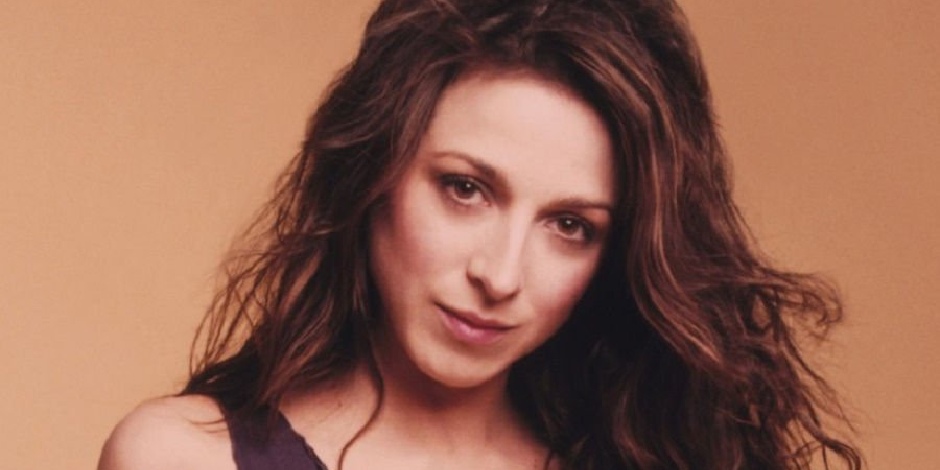 Marin Hinkle is a Tanzanian-born American actress well-known for her appearance in a television sitcom, Two and a Half Men as Judith Harper-Melnick. She further gained recognition with her appearance in the tv series, Marvelous Mrs. Maisel as Ross Weissman and Once and Again as Judy Brooks.

Where was Marin born and raised?

Marin Hinkle was born on 23rd March 1968 in a former capital city and largest city of Tanzania, Dar es Salaam. Her birth name is Marin Elizabeth Hinkle and she was born to American parents Margaret R. (Polga) Hinkle and Rodney Hinkle. Her father was a college dean while her mother was Massachusetts’ Superior Court judge. Her parents met each other while serving in Peace Corps. Hinkle was raised in Boston, Massachusetts as her family moved there when she was 4 months old. She has a younger brother named Mark Hinkle who is 2 years younger than her.

Marin Hinkle completed her high school at Newton South High School. She later attended a private research university called Brown University in Rhode Island. She then moved to New York where she joined NYU Tisch School of the Arts. She graduated from university in 1991.

How did Marin start her Career?

Marin Hinkle started as a theatre performer. She appeared in several on and off-Broadway plays like Romeo and Juliet, The Tempest, Electra, and several others. She made her film debut in 1994 with the role of young Joanne in the romantic comedy film, Angie. In 2001, she landed her first starring role in the film, The Next Big Thing alongside Isabela Moner. Hinkle made her television debut in 1995 making a small appearance in the series, Another World.

She then landed major roles in films like The Year That trembled, Friends with Money, Turn the River. She has also made her appearance in several other films like The Ex, Weather Girl, Jumanji: Welcome to the Jungle, and Jumanji: The Next Level alongside Lamorne Morris.

She appeared in over 58 episodes of the series, Once and Again from 1999 till 2002. Following a year in 2005, she made her breakthrough with the role of Judith Harper-Melnick in the television sitcom, Two and a Half Men.

Besides the series, she also made her appearance in other series like Brothers & Sisters, Deception, Madam Secretary alongside Sarita Choudhury. In 2016, she landed another major role in the series, Speechless as Dr, Miller and her another huge role in 2017. She landed the role of Rose Weissman in the series, The Marvelous Mrs. Maisel.

Check out the latest update on Coby Bird and Speechless series

Marin Hinkle has won 2 Screen Actors Guild Awards for her role in the series, The Marvelous Mrs. Maisel both of which she shared with several other co-stars. She has further been nominated with 2 Primetime Emmy Awards in 2019 and 2020 respectively and OFTA Television Award nomination for her role as Rose Weissman.

Who is the husband of Hinke?

Marin Hinkle is committed to Randal Sommer who is a theater director from New York. The couple first met each other in 1992 and tied their knot in 1998. They have a child together but the couple has decided to disclose any information about their child to the public.

Hinkle initially wanted to become a ballerina. At the age of 16, she suffered an ankle injury which led her to switch her career to acting.

Marin Hinkle turned 53 years old in March 2021. She possesses a slim body build and has a height of 5 feet 5 inches or 165 cm and a weight of 56 kg or 123.5lbs. She has dark brown eyes and hair. She has a straight sexual orientation. Her star sign is Aries.

Check out the latest updates of Jessica Belkin and Speechless Series

What is the current net worth of Marin?

Marin Hinkle has a net worth of 4 million dollars as of 2021. She earned about 500 thousand dollars for her per episode appearance in the series, Two and a Half Men. She is still making an amazing earning from the series, Marvelous Mrs. Maisel as in 2019, Hollywood Reporter declared the rise in pay of every cast member.