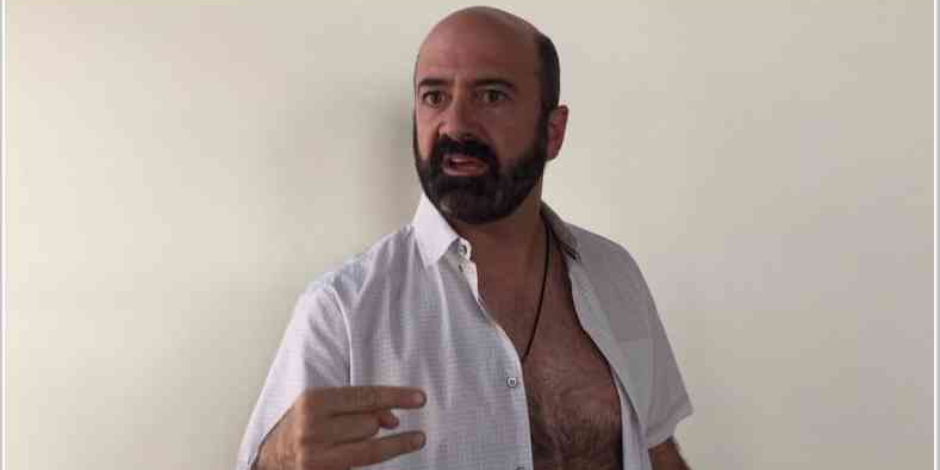 Matt Servitto is a professional actor from the United States who is known for his numerous film and television appearances. He is popular for his appearance in the American crime drama series, The Sopranos where he portrayed the role of Special Agent Dwight. He has further gained attention with his appearance in the series Hitch, Brotherhood, Banshee alongside Frankie Faison, and others.

Matt Servitto was born on 7th April of 1965 in a town of New Jersey in the United States. His birth name is Matthew Joseph Servitto. He used to play football during his high school year and participate in the school choir.

Servitto belongs to the ethnicity white and his nationality is American. He has Aries as his birth sign and his sexual orientation is straight.

How did Servitto start his career?

Matt Servitto portrayed the role of David Madson in the film, The Versace Murder and another small role in the action thriller film, The Siege. He has further played small roles in the film like Crime and Punishments, Rhinoceros Eyes, Hitch, Mentor, Beautiful Ohio, and No Reservations. He made his final film appearance in the drama film, Vox Lux as Celeste’s Father in 2018.

He made his breakthrough with the series and further dropped another role in 1999 as Special Agent Dwight Harris in the American crime drama, The Sopranos alongside Dominic Chianese and Michael Imperioli. He further made smaller appearances in the series, Law & Order alongside Arija Bareikis, Sex and the City, Hack and in 2006 in the crime drama series, Brotherhood as Representative Donatello.

Servitto made another breakthrough with the American action series, Banshee, and the same year he landed the role of Satan in the American live-action tv series, Your Pretty Face Is Going to Hell which is still running as of 2021. His further small appearances in tv series are Billions, NCIS: New Orleans, Homeland, and others.

Servitto has voiced for the action-adventure video game named Mafia as Sam in 2002. In 2011, he further voiced additional voices in the video game, Star Wars: The Old Republic.

How many awards does Servitto have?

Servitto was been awarded Screen Actors Guild Awards for Outstanding Performance by an Ensemble in a Drama Series for his performance in the television series, The Sopranos as Special Agent Dwight Harris in 2008. The awards were shared with co-stars Greg Antonacci, Lorraine Bracco, Edie Falco, and others. In 2019, he was nominated for the GenreBlast Film Festival Award for Best Villain after his film, Zeroes.

Who is Matt married to?

Matt Servitto tied his knot to Anne Lauterbach Servitto on 15th September 2001. The couple has been gifted with a daughter Isabelle Gaffney and a son named Erin Williams. He previously had failed marriage with Charissa Marie Sgouros.

He is 1.83 m tall with a bodyweight of 78 kg. He has brown eyes and a bald head. He has an average body build.

What is the current net worth of Matt Servitto?

Matt Servitto has an estimated net worth of 3 million dollars as of 2021. His sole earnings come from his acting career and with his continuous film and television appearances, we believe he is going to make more fortune in the coming years.