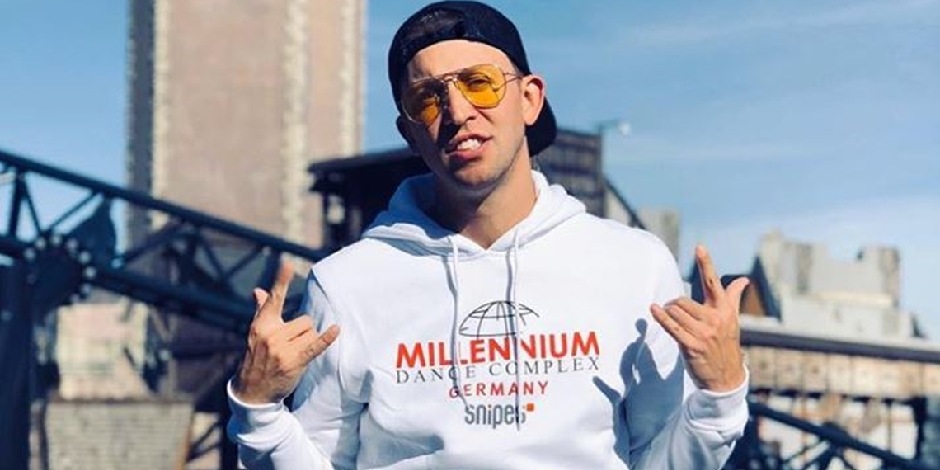 Matt holds an American nationality, and as per his ethnic background, he belongs to the ethnicity of Caucasian Descent. Likewise, he follows the Christian religion.

Steffanina spent her childhood happily with his family and grew up nicely in a good environment, as his father and mother provided him all the facilities that he needed for his growth. He grew up along with his brother, closed to each other. However, he seems quiet about his family detail as he is secretive about his personal life.

Steffanina attended Clonlara School and completed his school-level study from there. As he is interested in dancing, he took training from many dance schools. About his further education, he kept the information hidden.

Matt started his career as a dancer as he is good at b-boying and street dance form. In his career, he also took part in many local competitions and became a guide for the University of Virginia dance crew.  Likewise, his talents made him worked with many celebrities, including Chris Brown, Lil Wayne Tyga, Busta Rhymes, Snoop Dogg, and more.

Previously, Steffanina became engaged with his fiancee Dana Alexa, with whom he lived in a five-years of romantic relationship. The couple used to express their love for each other but later, they decided to end their relationship.

After the heartbreaking moment, Matt has completely moved on, as he finds his love in Destiny Kaye with whom he posted many videos on his social media accounts. They are dating since July 2019 and currently, living a very happy life together.

Matt is active on several social media platforms like:

Matt is active on Instagram with the tag name (“@mattstefannina”) where he has 3.5m Followers and posted many dance videos and photos on his Instagram account. He has also made dance videos with Sofie Dossi and other famous people who received many likes and comments.

Check out the latest updates on Sofie Dossi

He also has a Twitter account with the tag name (“@MattSteffanina”), where he has 219.8K followers and tweets 16K times.

A good-looking, active and talented Matt-Steffanina is a well-known dancer, choreographer, YouTuber, and social media personality popularly known for his YouTube channels. He posted dancing videos and dance tutorial videos. Currently, he is enjoying his standard life with an estimated net worth of $3.4 million.