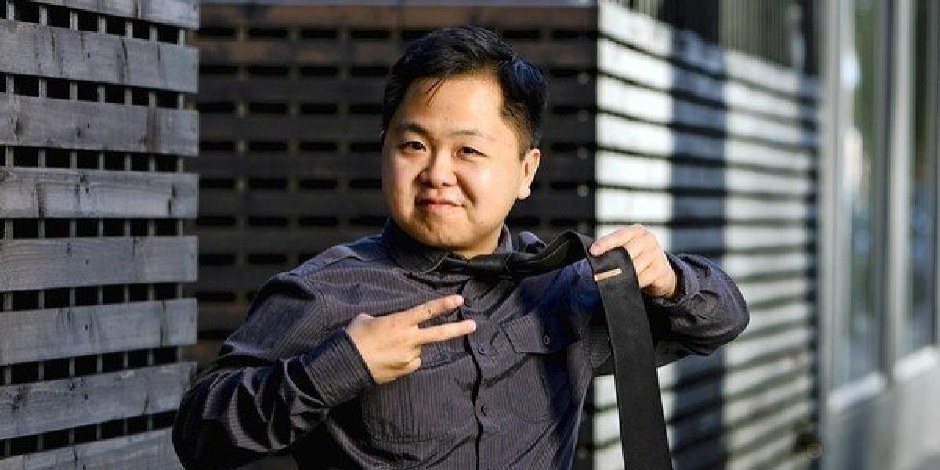 Matthew Moy is an American actor as well as a voice actor. He is well-known for his appearance in the sitcom, “2 Broke Girls” as Han Lee.

He has also voiced in the animated television series, “Steven Universe” for the character Lars Barriga.

Matthew Moy was born on 3rd February 1984 in San Francisco, California, United States. He hasn’t disclosed the name of his parents but his father used to work as a high school teacher and his mother used to work as a language therapist. Moy grew up with his elder sister whose name is also not disclosed in public. His birth name is Matthew James Moy.

Moy has American nationality and mixed ethnicity. He was born to Chinese-American parents thus he calls himself a third or fourth-generation Chinese-American. He has the birth sign, Aquarius.

Matthew Moy completed high school in his hometown, San Francisco. He later graduated from the University of California near Davis, California. Moy has a Bachelor’s degree in linguistics and the Japanese language.

How did Moy start his Career?

Matthew Moy made his film debut in 2009 with the short film “Non-Sequitur” as Dallas. The same year, he voiced in the video games “G.I. Joe: The Rise of Cobra.” He made his television debut a year earlier from the series “Mind of Mencia.”

Moy made his breakthrough in 2011 through the tv series “2 Broke Girls” as Han Lee alongside Morgan Krantz and Jesse Metcalfe. He appeared in the series until 2017. Moy has also voiced for the main character Lars Barriga in the animated series “Steven Universe” for which he won two BTVA Television Voice Acting Awards for Best Vocal Ensemble in a Television Series.

Moy has further appeared in several movies and tv series such as “iCarly,” “Scrubs,” “The Middle,” “No Strings Attached,” “Exorcism at 60,000 Feet,” “Stolen Universe: The Movie,” “How I Met Your Mother,” etc.

He has further voiced for several video games such as “White Knight Chronicles,” “Skylanders: Giants,” “Skylander: Imaginators,” and so on. In 2019, Moy was awarded Independent Shorts Awards and Experimental Forum honorable mention for his performance in “Love’s Labours Lost.”

Matthew Moy is single and he hasn’t been into any relationship yet. He follows Christianity and attends church occasionally. Moy was a left-handed person but since the incident in 2012, he practiced himself to write with his right hand.

That year, he had a minor stroke which led to bleeding in the brain and loss of motor skills. With a year of physical therapy, he recovered from his motor skills and is doing well. He currently resides in Los Angeles, California.

Matthew Moy celebrated his 37th birthday on February 2021. Moy stands 5 feet 2 inches which is about 157 cm tall and weighs 54 kg. He possesses black hair and black eyes. Moy is known for his round face and childish smile. He has a straight sexual orientation.

There is no further detailed information about Moy’s physical appearance yet. But he is a healthy and active man.

Explore the details Ken Takemoto and How I Met Your Mother

Matthew Moy is active on Instagram where he has over 229 thousand followers. He can be connected with @themoywonder. Moy is not much of a social media user. He prefers to share only limited information about his personal life which is why we barely see any posts of him on Instagram.

Matthew Moy has an estimated net worth of $4 million as of 2021. He accumulated such wealth thanks to the success of the series “2 Broke Girls.” He is leading a successful and luxurious life. We will be seeing more of his performance in the following years.