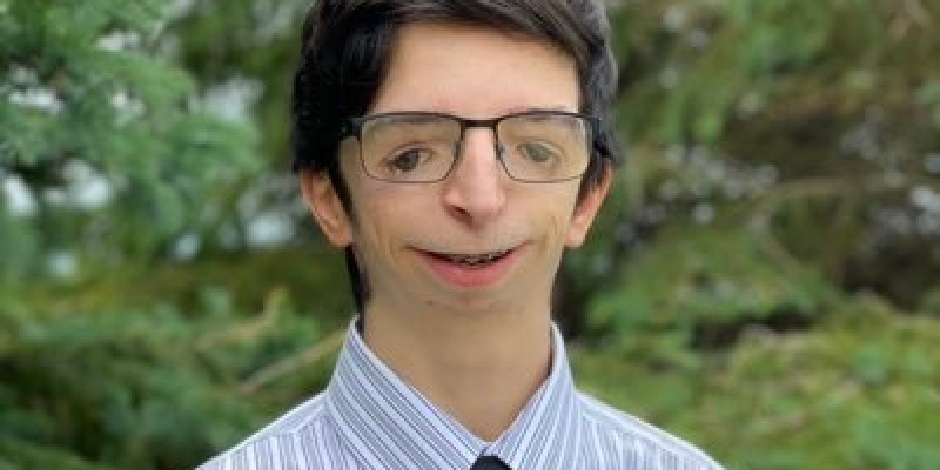 MaximeB is a Musical.ly (now TikTok) star from Canada who has been a source of inspiration for people suffering from “Treacher Collins Syndrome” and bullying. He has established a large following on TikTok and is one of the most popular stars there.

Where was MaximeB born and raised?

He was born in Edmonton, Canada, on December 7, 2000, and relocated to Ontario with his family at the age of six. His zodiac sign is Sagittarius, and he is currently 20 years old. Treacher Collins Syndrome is a condition he suffers from.

His only sibling is Kevin, his older brother. On the other hand, there isn’t much on social media about his parents. He also went to a typical Canadian school and enjoys traveling as well as riding his hoverboard. He obtained his diploma on June 26, 2020.

How did MaximeB start his career?

MaximeB started using TikTok to generate amusing videos and skits. Soon, he drew the attention of viewers all over the world, as people were startled to see someone so young with Treacher Collins Syndrome appear on social media. It is a hereditary condition that results in deformities of the face, eyes, ears, and mouth, as well as other catastrophic implications such as breathing difficulties.

His videos, unsurprisingly, began to attract cyberbullies as well. He was badly abused because of his looks, and he even made a TikTok video named “Stop Bullying MaximeB” with the lyrics “We are young / We are strong / And we will sing this song together”.

Even Ellen DeGeneres, who uploaded the video on ‘ellentube’ with the message “I just heard MAXIMEB on Musically App is being bullied and I had to right away Let everyone know ITS NOT RIGHT #StopBullying #Love #Laugh #Dance a little more it’ll be better!! Love you MAXI”.

By February 23, 2016, he had amassed over 500k subscribers to his YouTube account. He began uploading music covers, dance routines, and funny videos with himself as a commentator. Despite his speaking problems, his sincere demeanor and natural talent drew the attention of millions. On the 8th of June, 2016, he stated that he had reached 900,000 TikTok followers (earlier known as Musical.ly).

He reached a career milestone on June 28, 2016, when he declared on Instagram that his TikTok account has over 1 million followers. This was the first time someone had done something like this in less than a month. He currently has over 1.5 million followers on Twitter.

In addition, his videos raise awareness about bullying and cyberbullying. He’s also worked with other TikTok celebrities including Ally Jenna. Since January 9, 2016, he has also been active on YouNow, a live video streaming and conversation platform.

He is in good shape. He stands 5’8″ tall and weighs around 54 kg. There is currently no other information regarding his physical measurements accessible. His eyes are dark brown, and he has brown hair. He’s got a great personality.

He’s most likely single right now. Because He keeps his personal life away from the spotlight, we don’t know about his current relationship status. Information regarding his previous girlfriends and relationships is likewise unclear due to his reclusive attitude.

MaximeB’s predicted net worth in 2021 is $500,000. His main source of revenue is social networking. He has amassed a substantial sum of money.