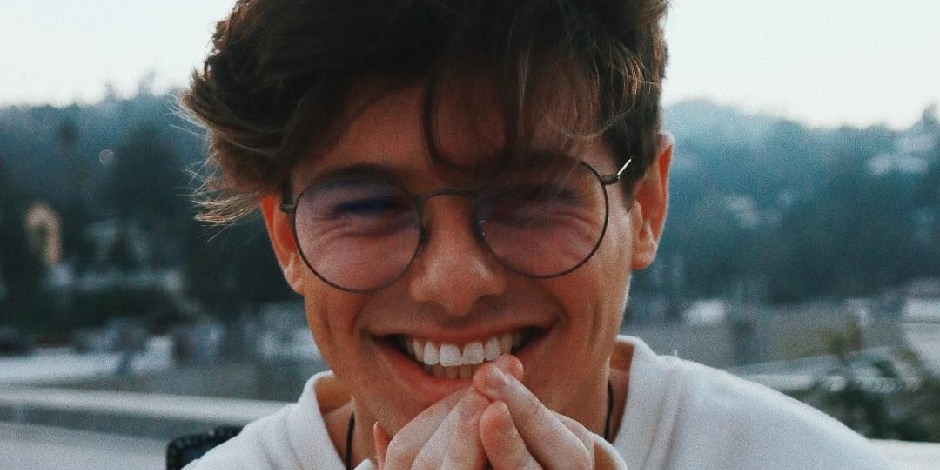 Mikey Murphy is an American YouTuber, actor as well as producer. He is well-known for his YouTube page which has gained over 1.65 million subscribers.

Murphy has attracted millions of viewers on his channel with his vlogs and short films. He is further acknowledged for his work in “Blackout,” “Save Me,” “Sleep Tight.”

Where was Mikey born and raised?

Mikey Murphy was born on 12th May 1998 in New Jersey, United States. His father, Michael Murphy is an occupational therapist at Kids Special School while his mother, Monica Murphy is a nurse. Murphy’s birth name is Mikey J. Murphy and he grew up with his younger sister, Sydney Murphy who is two years younger than him.

Murphey was born and raised in New Jersey to an American parent. Hence, he possesses American nationality and white ethnicity. He further has Taurus as his birth sign.

Mikey Murphy dropped out of his high school. He was attending a local high school in New Jersey and he opened the YouTube channel which was frowned upon by his friends. Murphy decided to drop out and focus on his channel.

How did Murphy start his career?

Mikey Murphy started the channel by the name “MikeIsAverage” during his high school in 2013. He started posting videos and vlogs on his channel. Some of his first vlogs are “What I Do When I Am Home Alone!,” “REAL LIFE TWILIGHT!,” “THINGS GUYS DO THAT GIRLS HATE!,” and many more. Murphy later changed his channel name to Mikey Murphy. He has gained over 1.65 million subscribers on his channel.

Some of Murphy’s most-watched videos with millions of views are “TRYING ON WEIRD HALLOWEEN COSTUMES!,” “TESTING GIRL PRODUCTS,” “I LIVE NEXT TO A SERIAL KILLER (with footage)| Story Time,” “PEOPLE KISSING THEIR CRUSHES!,” and serval more. Murphy has also appeared in the mini-series “The Carpe Challenge: Chicago,” “Sleep Tight,” and he has also produced several short films such as “Blackout,” “Cailin Alainn (Pretty Girl),” “Perception,” “Float,” and many more. He has also worked with fellow producer, Luke Korns.

What is the relationship status of Mikey?

Mikey Murphy is currently believed to be single. He does not talk about his love life much on social media platforms. He was previously in a relationship with a model, YouTube, and social media personality, Griffin Arnlund. The couple dated for a year from September 2015 till 2016.

In 2019, Murphy started dating another YouTuber, Olivia Rouyre. They also celebrated their 1st anniversary in January 2020. But as of November 2021, there has been no further news regarding their relationship.

Mikey Murphy celebrated his 23rd birthday on May 2021. He is best known for his cute smile. He has an athletic body build and stands 5 feet 6 inches tall which is about 167.5 cm and weighs 65 kg or 143lbs. Murphy possesses blonde hair which he often dyes and has hazel eyes. He has a straight sexual orientation.

Mikey Murphy has an estimated net worth of $1 million as of 2021. He makes his earnings from his YouTube channel with over a million followers. Murphy has also endorsed brands such as Wendy’s, Casper, Extra Gum, Fossil, etc., and several more. He is living a luxurious life in Los Angeles, California with his pet dog and cat.