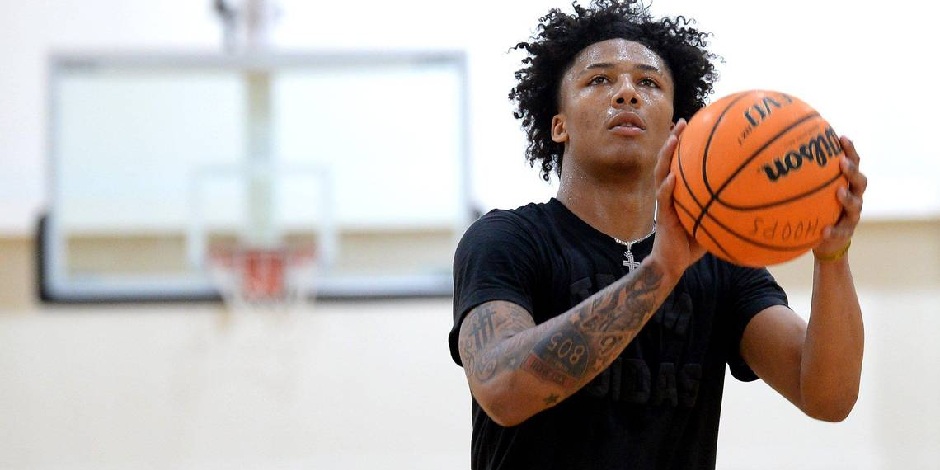 An American-born high school basketball player Mikey Williams is a famous name on the basketball field. On 26 June 2004, a prominent basketball player was born in San Diego, California, as a son of a father, Mahlon Williams, and a mother, Charisse Williams.

His father is the one who influenced and helped him in every step of his career, where he experienced many hardships and sad days in his journey to becoming a basketball player. Further, he has established himself as a professional basketball player at this young age, which is not a small thing but a big achievement of his life.

Mahlon is the one who motivated Mikey Williams while he needed his father’s help the most. Mahlon is also the coach who likes to help all the young players interested in playing basketball. Mikey Williams’s playing skills and techniques are all guided and taught by his father.

Likewise, his father also wanted to use all the skills and knowledge he grabbed throughout his career to all the young people who have a keen interest in sports. So, because of Mahlon, his children are also learning and becoming a success in his career.

Giving priority to both Education and career

Mikey Williams is busy making his career more successful and famous. Similarly, he is also focusing on his education as his father Mahlon stated that he wanted his children to complete their college education.

He also said that “icing on the cake”, which means if his children have an additional degree, that will be good for their futures and the extra point for their career.

Likewise, he also mentioned that:

“If Some are fortunate enough to bypass college (after high school) and do something else and come back to college, well, a lot of people do that, You go to the (NBA), one-and-don, and promise your mother and your father that ‘I’ll get my education, but education is huge for me, and their mother.”

So that, Mikey and his siblings are focusing on their studies and career. So, his son Mikey attended San Ysidro High School and played basketball from this high school.

Mikey Williams spent his childhood playing with his talented siblings. He has two siblings, and among them, one is a younger brother named Marvin, and another is a younger sister named Skye.

He is very closed to his siblings and loves them as much as he loves himself. Similarly, his father also helped his sister Skye to become is softball player. Skye is only 14 years old girl interested in playing softball, which is a game similar to baseball.

Skye, who lives with her mother, is a nationally ranked softball player. She is a very hard-working and dedicated person so that she achieved success at an early age. Likewise, she also got many scholarships offers from several schools, including Oklahoma, Washington, UCLA, and Washington State.

Mikey Williams’s sister, Skye, has also gained success early because of her father. Mahlon always encourages his children, so he plays the main role in the successful career of his children.

Besides this, Mikey Williams’s younger brother Marvin is also a well-known basketball player who lives with his father. Mikey and his siblings lived far from each other so that they missed each other and posted their childhood pictures on their social media sites where Skye is active on Instagram with the tag name (“@skyexwilliams”).

Likewise, Mikey is also active on Instagram with the tag name (“@milkey”), where he has 3.4M followers and posted 181 posts.