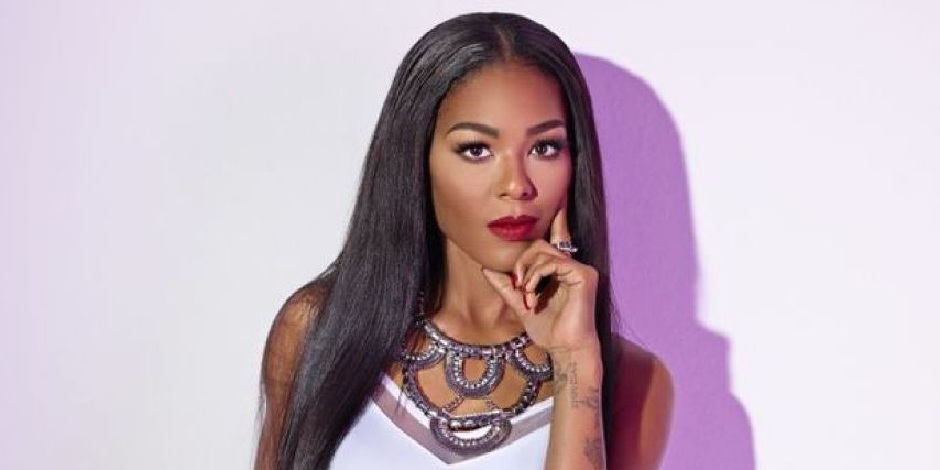 She has also shared fame with her stepfather Dave Thomas. Dave Thomas is an award-winning gospel singer of Taking 6. Moniece Slaughter is the mother of Kamron David Frédéric now.

Where was Moniece born and raised?

The singer and songwriter Moniece Slaughter was born in the year 1987 on 4th March. This makes her 34 years old now with a birth sign Pisces. Slaughter was born in Los Angeles, California, United States of America, and raised there only by her mother. Her mother Marla Thomas single-handedly raised her.

With that, she holds an American citizenship card and follows the Christianity religion. As she was raised in a musical family, she has a deep connection with music from an early age. Later her mother got married to Dave Thomas who was a popular singer and Grammy Award, winner.

Talking about her sexual orientation, she is bisexual. She always knew she was bisexual but was hiding it from the whole world because of the criticisms she will face in the coming days.

How did Slaughter start her Career?

Along with singing skills, Moniece is also well known for her songwriting skills. She has sung the theme song for America’s Next Top Model. Slaughter has also written many songs for Marques Houston and Akon.

Moniece has also appeared in Love & Hip Hop: New York and also in the eighth season of “Love and Hip Hop: Atlanta” as a supporting cast member. Her other special appearances include The Wedding, Dirty Little Secrets , The Love Edition , Love & Hip Hop Awards: Most Certified, and 40 Greatest Love & Hip Hop Moments: The Reboot.

With a musical career, Moniece has also been a host and performer in Los Angeles and Las Vegas competitions.

Though Moniece has been an outstanding singer, songwriter, and performer, she has not been able to win any awards till now.

Who is Moniece dating?

She has opened about her sexuality and right now she is dating someone of her own sex. She is in a romantic relationship with AD Diggs. Her parents have always accepted her the way she is.

Till now, Moniece Slaughter has been in a relationship with Lil Eazy E, Rich Dollaz, AD Diggs, and ScrappDeLeon. She has a son also named Kamron David Frédéric from Dreux Pierre Frédéric aka Lil Fizz who is a popular American rapper and singer.

What is Slaughter’s Current Net Worth?

Moniece Slaughter’s primary source of income as singing and songwriting has made her collect a humongous amount of money. She has an estimated net worth of 5 million dollars.

She is very fashionable and spends her income on designer clothes, bags, and shoes. Along with that, she spends her money for the education of her son and also for his lavish lifestyle.