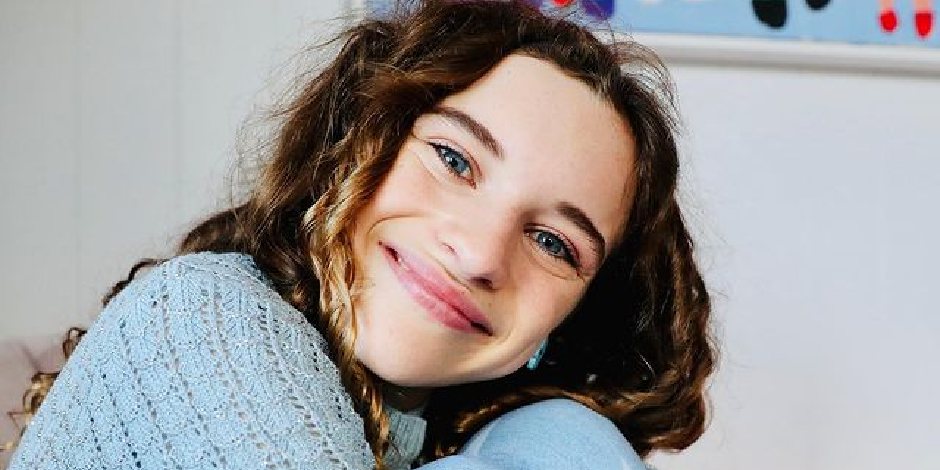 Sabre Norris whose full name appears to be Sabre Elle Norris is a popular Australian personality. She is a young actress who is known for her work in The Norris Nuts: So Pretty (2019) and The Ellen Degeneres Show ( 2003). Norris is also a professional skateboarder, surfer, and YouTube star.

Sabre is best known around the whole world as the daughter of Justin Norris with Brooke Norris. Her father, Justin Norris is an Australian butterfly and individual medley swimmer who has been awarded a bronze medal in the 200 meters butterfly in the Summer Olympics in Sydney, Australia in the year 2000.

Where was Sabre born and raised?

The star kid and young actress Sabre Norris was born in the year 2005 on 3rd January. This makes her 16 years old now with a birth sign Capricorn. Sabre Norris was born in New Castle, South Wales, Australia as the daughter of Justin Norris and Brooke Norris. With that, she holds Australian citizenship and follows Christianity religion. She was raised by her parents alongside her 3 sibling sisters named Naz Norris, Sockie Norris, and Biggy Norris, and a brother named Disco Norris.

Talking about her academic journey, she was homeschooled by her parents alongside her siblings. Now she has almost completed her secondary level of education and is preparing for her higher studies.

Check out the latest updates on Thea Kornum

How did Norris start her Career?

Sabre was just 9 years old when her video about landing a 540 flip on a halfpipe got viral. This video was posted in the YouTube account named “The Berrics ‘. Very soon, Norris became the second youngest surfer ever to complete the World Surf League as a wildcard at the ‘ Sydney International Pro’.

Her family has a YouTube channel named “The Norris Nuts” and she frequently appears there. She along with her siblings appears in the video of this YouTube account. Most of their videos are based on pranks, challenge videos, fun videos, adventure videos, and lifestyle vlogs.

The second YouTube channel of her family titled as ‘NORRIS NUTS DO STUFF’ has more than 328 thousand subscribers. There she and her family make videos about family-friendly challenges, games, and other fun content.

Norris’ popularity doubled after she appeared in The Ellen Degeneres Show. There she got an opportunity to meet with Maddie Ziegler and also posted pictures and short dance reels with him.

In her career, she has also been featured in a music video for the song titled ‘ Higher‘ by Kids Mac.

Check out the latest updates on Matthew Espinosa

Norris has also appeared in the official music video produced by The Norris siblings and this has got more than 4 million views on YouTube.

Besides that, Norris is a regular guest at The Ellen Degeneres Show and has also appeared in many music videos.

Sabre Norris or @aabrenorris in Instagram is a popular verified social media influencer. She has 875 thousand followers along with 250+ followings. She usually posts her solo pictures, family pictures, and short reels on her Instagram account.

Sabre Norris has an estimated net worth of 5 million dollars.