Skip to content
Home » Gossip » Ex-husband of Kavita Kundra and Father of Deleena Kundra, Raj Kundra arrested for pornographic case. Shilpa Shetty has not talked anything about her husband behavior.

Ex-husband of Kavita Kundra and Father of Deleena Kundra, Raj Kundra arrested for pornographic case. Shilpa Shetty has not talked anything about her husband behavior. 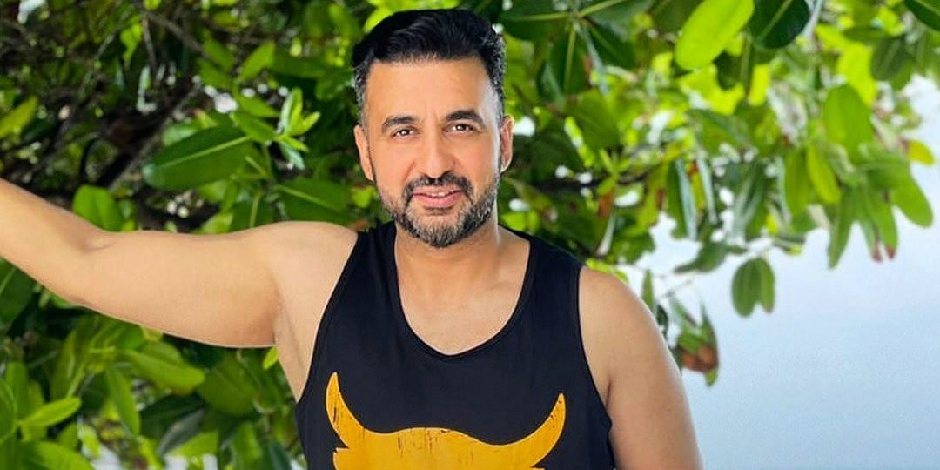 On Tuesday, The Esplanade Court in Mumbai has sentenced Raj Kundra, businessman and husband to actress Shilpa Shetty, to 72-hour police custody for questioning and investigation after being arrested for allegedly producing and distributing pornographic content via social media.

How is Raj Kundra Caught?

Kundra, a British citizen by birth, has been charged with the charges 354 C (voyeurism), 292 (sale, etc. of obscene books and content), 293 (sales of obscene objects to young person), 420 (cheating and dishonestly inducing delivery of property) of the Indian Penal Code along with Indecent Representation of Women (Prohibition) Act and other relevant sections of Information Technology act (misuse).

When the police raided a bungalow at Madh village in Malad, a suburb of Mumbai, on February 4, 2021, young boys and girls were found filming and recording obscene and explicit videos and uploading them on various online platforms. Further investigations revealed that these videos were going to be uploaded on a particular website and mobile app, which have since been linked with Raj Kundra.

A witness told the police that Mr. Kundra and his close aide Saurabh Kushwah established Arms Prime Media Private Limited in early 2019 but later sold the company and the mobile app it had made to Kenrin Limited, based in the United Kingdom, for $25,000 and that legally Mr. Kundra had resigned from the company the same year. Although it might appear that Kundra was not involved in the company, it turns out that the England-based company that bought Kundra’s startup was his own creation, a facade that he created in the UK with the help of his brother.

“Through investigation, it is clear that Mr. Raj Kundra is involved in making nude and vulgar videos, uploads them on social media and earns money by establishing Arms Prime Media Private Limited, which was the parent company of the app.”, a spokesperson for the Mumbai Police said.

What is Police Statement regarding the Arrest

He was arrested by the Property Cell of the Mumbai Crime Branch in connection with the pornography racket busted in February. The police described Raj Kundra, 45, as a “key conspirator” of the porn racket and said it had sufficient evidence against him. “There was a case registered with the Crime Branch Mumbai in February 2021 about creating pornographic films and publishing them through some apps.”, said the Commissioner of Mumbai Police in a statement on Monday. “We’ve arrested Mr. Raj Kundra in this case on July 19 2021 as he appears to be the key conspirator of this. We have sufficient evidence regarding this.”, he added.

The Mumbai Police Crime Branch claimed before the courts that Kundra was making financial gains through this illegal business by taking subscription fees from the users of these apps. They also said that there are several WhatsApp chats that revealed Kundra was, in fact, involved in the financial dealings of the app and its contents. Later, Actor Umesh Kamat confessed that Mr. Kundra essentially is involved in broadcasting such videos on apps and has also made WhatsApp groups with his aides to stay updated about the app’s performance and statistics.

Kundra’s lawyer Aabad Ponda and advocate Subhash Jadhav opposed the police’s plea for remand before the court and suggested that the investigation could instead be carried out without custodial interrogation. Ponda argued that the police ought to have issued summons to Kundra first and recorded his statement before making the arrest on the basis of an FIR that was registered 4 months ago in February.

However, the court sent Raj Kundra and 11 other people arrested with him to 3 days of judicial custody and cleared the way for police investigation.

Eleven arrests linked to the case have been made so far.

How did the case start initially in February?

“On that basis of an alleged victim’s statement, the FIR was registered and the case transferred to the Crime Branch. Earlier also, we had registered cases related to pornography in which an actress and some other persons were made accused,” the arresting officer said.

The police also claimed that three different women have come forward with complaints in the case, saying that they too were “forced to act in pornographic movies” and slammed the accused with taking advantage of struggling models and actors.

The prominent businessman Raj Kundra, who was earlier linked to IPL match-fixing charges and was banned for life from participating in any cricketing event, was questioned after Umesh Kamat, caught for uploading obscene videos through the UK based firm, named him as a co-conspirator. The company was allegedly set up by Kundra and his brother and registered in the UK, so it could evade Indian cyber-laws.

Mr. Kundra, who lives in Mumbai with his wife Shilpa Shetty and two children Samisha Shetty Kundra and Viaan Raj Kundra, faces charges like cheating and “obscene and indecent advertisements and displays.” In addition, charges under the IT Act and the Indecent Representation of Women (Prohibition) Act have also been slammed on him. These charges collectively could potentially see Kundra booked for a minimum of five to seven years in jail.

In 2015, Raj Kundra was banned for life from all cricket-related activities following an investigation into match-fixing during his stint as the co-owner of the IPL Cricket Team Rajasthan Royals, which he shared with his wife, Shilpa Shetty.

This is the second case that Kundra faces in connection with the alleged creation of pornographic content. He had applied for anticipatory bail last month in connection with a case registered earlier by the Maharashtra Cyber Police in 2020. The cyber bureau had conducted investigations and found that Raj Kundra could have been in a pivotal role in a similar case of producing and distributing pornographic content via apps and social media.  The sessions court is yet to hear the anticipatory bail plea that he had applied for.