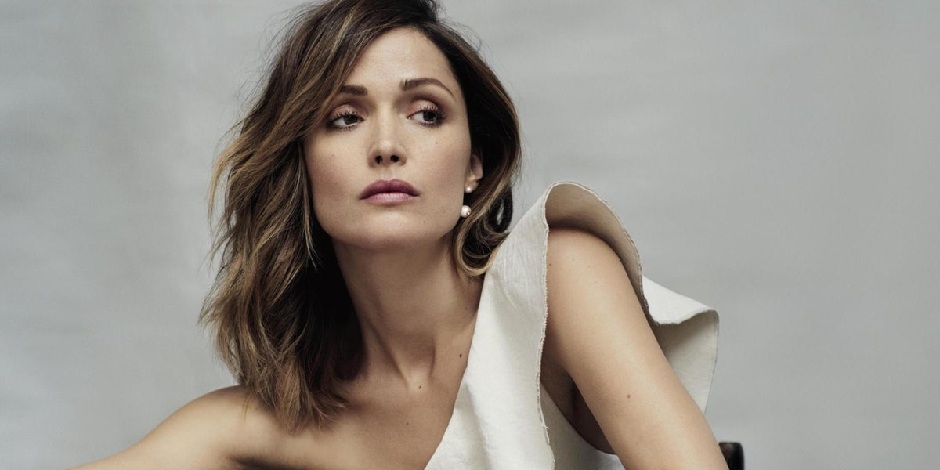 Why is Rose Byrne famous?

Rose Byrne is a well-known Australian actress who has been seen working actively in her career since the year of 1993.

Byrne, whose real name is Mary Rose Byrne was born on 24 July 1979 in Balmain, New South Wales, Australia as a daughter of father, Robin Byrne, and mother, Jane Byrne. Her father was a semi-retired statistician and market researcher where her mother was a primary school administrator. She has one elder brother whose name is George and two older sisters, Alice and Lucy where she is the youngest among them. She is 41 years old.

Rose Byrne holds an Australian nationality and belongs to the Irish and Scottish ethnicity.

As she was born on 24 July, her zodiac sign is Leo.

Earlier, Rose went to attend Balmain Public School and then, also joined Hunters Hill High School. Later, she attended Bradfield College. After that, she became influenced by her one of the sisters told her about acting so that she started taking acting classes at Australian Theatre for Young People when she turned the age of eight.

She had also auditioned for drama colleges but she was rejected. She was just disappointed in herself and became sad at that time by thinking about her career. Later, she went to attend Sydney University where she studied arts. Further, in 1999, she joined the Atlantic Theatre Company where she studied acting.

Before Rose Byrne was in a relationship with Brendan Cowell who is an Australian writer, director, and actor where they were seen together from the year 2003 but after six years they ended their relationship.

Further, she was cast as Dorme on an American epic space-opera movie “Star Wars: Episode II –Attack of the Clones” in 2002. In that year, she was also seen appearing in the role of Sabrina in an American crime thriller movie “City of Ghosts”.

Likewise, she was seen appearing in several movies like “I Capture the Castle”, “The Night We Called It a Day”, “The Rage in Placid Lake” and “Take Away”. In 2004, she was cast into the role of Briseis in an epic historical war movie “Troy” alongside Diane Kruger and Eric Bana which was directed by Wolfgang Petersen and was written by David Benioff. In the same year, she was seen appearing as Alex Denver on an American romantic thriller drama movie “Wicker Park”.

In addition, she was seen appearing in several movies like “The Tenants” alongside Dylan McDermott, “Marie Antoinette”, “The Dead Girl” alongside Josh Brolin and Athena Akers, “Sunshine”, “28 weeks Later”, “Just Buried”, “The Tender Hook”, “Knowing”, “Adam”, “I Love You Too”, “Get Him to the Greek”, “Insidious”, “Bridesmaids”, The Place Beyond the Pines”, “I Give It a Year”, “The Internship”, “The Turning”, “Insidious: Chapter 2”, “Neighbors”, “Adult Beginners”,

In 2006, she was cast as Yolande del Polastron on a historical drama movie “Marie Antoinette” which was written and directed by Sofia Coppola. After that, in 2011, she also saw appearing as Moira MacTaggert on a British American superhero movie “X-Men: First Class”  and in 2016, she was seen reprising her role as Moira MacTaggert on an American superhero movie “Z-Men: Apocalypse”.

Further, she was seen on several series including “Big Sky”, “Heartbreak High”, “Murder Call” alongside Bojana Novakovic and “Casanova”. From the year of 2007 to 2012, she was cast as Ellen Parson on an American legal thriller television series “Damages”. Likewise, she was seen appearing on series like “American Dad!”, “Portlandia”, “Hollywood Game Night”, “Last Week Tonight with John Oliver”, “No Activity”, “War on Waste” “Angie Tribeca” and “At Home with Amy Sedaris”.

Rose Byrne was also seen playing several roles in the plays like “La Dispute”, “Three Sisters”, “You Can’t Take It with You”, “Speed-the-Plow” and “Medea”.

Rose Byrne was also seen appearing on the music video of music like “Black the Sun”, “I Miss You” and “Digital Versicolor”.

In her career, she had won several awards including Venice Film Festival in 2000, Fangoria Chainsaw Awards in 2012, and the MTV Movie Awards in 2012.

One of the beautiful, talented, and successful actress Rose Byrne has an estimated net worth of $16 million which is because of her hard work and her outstanding or best performance.