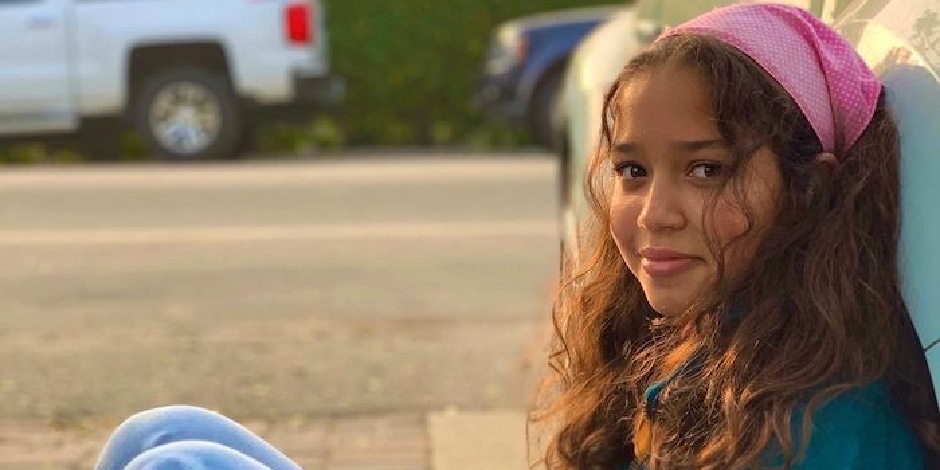 Ruth Righi is an actress best known for her role as Sydney Reynolds in Sydney to the Max in Disney’s teen drama series, which also stars Ava Kolker, Jackson Dollinger, Caroline Rhea, and Christian J. Simon.

She started her career on Broadway and has acted in a number of plays, including “School of Rock” and “Really Rosie!” before moving to television.

Where was Ruth born and raised?

Ruth Righi was born in California on September 7, 2005. Her full name is Ruth Mouma Righi. She lives with her parents and grandmother, whom she regards as one of her life’s greatest heroes. Apart from her grandmother, she has stated that she is inspired by popular people like Pakistani activist Malala Yousafzai, Tina Fey, and Supreme Court Justice Ruth Bader-Ginsburg.

Righi enjoys dancing as well as playing the piano when she is not working or studying. Ruth enjoys being with her family and friends. She enjoys listening to Ariana Grande, Billie Eilish, Stevie Wonder, and Prince, as well as making pottery.

Ruth Rigi talks about herself as a “foodie” who enjoys eating food a lot. Her favorite meal is grapefruit and chocolate. She like macaroni and cheese as well. Righi, like many other adolescent girls, developed a crush on Troy Bolton, Zac Efron‘s character in “High School Musical“.

Ruth’s nationality is American and her ethnicity is mixed as her father is of White descent and her mother is of African descent. Righi has not disclosed the names of both her parents. Ruth is currently 15 years old and her zodiac sign is Virgo.

How did Ruth start her Career?

Righi began acting and dancing when she was three years old. She began playing the piano at the young age of five. Her early passion for performing led to a professional acting career. Ruth Righi had her first television appearance in an episode of ‘Happy!,’ a comedic drama series casting Ritchie Coster, Christopher Meloni, Medina Senghore, Patrick Fischler, and Lili Mirojnick, which aired in 2018.

In early 2019, she began starring as the main character in the Disney Channel comedy series “Sydney to the Max,” alongside Ava Kolker, Jackson Dollinger, Caroline Rhea, Ian Reed Kesler, and Christian J. Simon. The series follows a 12-year-old girl as she navigates school life with her buddy while living with her single father and grandma.

Ian Reed Kesler portrays Righi’s father, while Caroline Rhea portrays her grandmother. Olive, her best friend, is played by Ava Kolker. It’s a Laugh Productions developed the series, which premiered on January 25, 2019. Celebs like Michelle Lewis, Dan Petty, and Kay Hanley wrote and produced the theme tune, and it was sung by Dan Conklin and also Ruth Righi.

Righi used to perform on Broadway before turning to television, and has been in a number of plays, like “School of Rock” and “Really Rosie!” She is an inspiration to many youths who are talented performers and want to show their talents to the rest of the world.

Ruth Righi, who is only 15, is most likely single at the moment. She hasn’t revealed anything about her current dating status or love relationships on social media. Ruth may be more concerned with her studies and the advancement of her acting career than with romances, scandals, or controversies. She’s also kept a modest public profile.

Ruth Righi’s height, weight, chest-waist-hip measurements, dress size, shoe size, and other physical characteristics are unknown. Despite this, she is still in the developmental stage, and her physical measurements will vary for a few more years. Ruth has dark brown eyes and wavy dark brown hair.

Despite her youth, Righi has amassed a large following and is now considered one of the most gifted teen artists in the American television industry. Ruth’s net worth is reported to be somewhere between $1 million and $5 million..