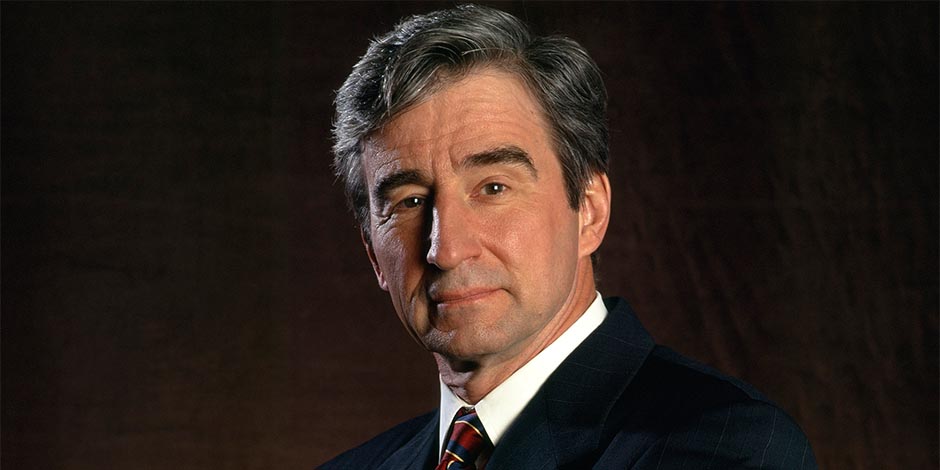 Sam Waterston, who is best known for his performances in various theatrical productions and films and TV series like “The Great Gatsby,” “Heaven’s Gate,” “Law & Order” and “Grace and Frankie” is an American actor/producer/director. In 2010, he got his star on the “Hollywood Walk of Fame.” 2 years later in 2012, he got recruited in the “American Theatre Hall of Fame.”

Sam Waterston’s full name is Samuel Atkinson Waterston. He was born to parents Alice Tucker and George Chychele Waterston on November 15 in 1940 in Cambridge, which lies in Massachusetts. His mother was a painter, and his father was a language teacher. He went to Brooks School and Groton School. Sam acquired a scholarship from Yale University in 1958. From Yale University, Sam graduated with a bachelor’s of Arts degree in 1962. After graduation, he joined Clinton Playhouse soon after he left Clinton Playhouse and joined Sorbonne and American Actors Workshop. 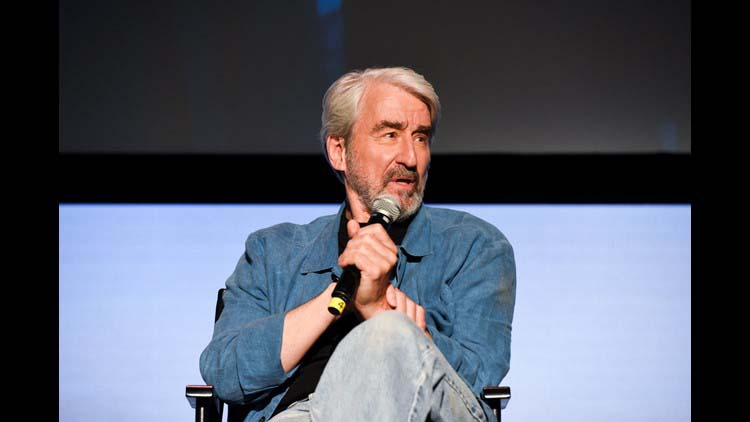 Sam started his film career in 1965 with the film “The Plastic Dome of Norma Jean,” in which he played Andy’s role. In 1967, he acted as Oliver in “Fitzwilly.” He played the role of Desmond in the comedy film titled “Generation” in 1969. The same year, he acted as Taylor in the drama film titled “Three.” From 1970 to 1980, he appeared in films like “Cover Me Babe,” “Who Killed Mary What’s ‘Er Name?”, “The Great Gatsby,” “Journey into Fear,” “Sweet Revenge,” “Interiors,” “Hopscotch” and “Heaven’s Gate,” to name a few. In 1984, he acted as Sydney Schanberg in the biographical drama film called “The Killing Fields”.

He acted as Cal Morse in “Warning Sign” in 1985. The following year, he appeared as Harry Crandall in “Just Between Friends.” He worked as the character named Peter in the 1987 drama film titled “September.” In 1989, Sam Waterston appeared in two films, namely, “Welcome Home,” in which he acted as Woody and in “Crimes and Misdemeanors,” in which he served as Ben. From 1990 to 1997, he appeared in films like “Mindwalk,” “A Captive in the Land,” “Serial Mom,” “The Man in the Moon,” “Nixon” and “Shadow Conspiracy” to name a few.

Sam Waterston played the role of Chester Walker in “Let Divorce” in 2003. The same year, he acted as J. Lee Rankin in “The Commission.” In 2014’s “Please Be Normal,” he appeared as a dad. The following year, he played Professor Walter Zarrow in the drama film titled “Anesthesia.” Sam played George Dupont in the movie “Miss Sloane” in 2016. In the 2018 biographical drama titled “Based on Sex,” he acted as Erwin Griswold.

He made his first TV appearance in 1965 with Mark’s role in two episodes of “Dr. Kildare.” In 1967, he acted as Marco in an episode of “N.Y.P.D.” He played the role of C.D.B. Bryan in the TV film titled “Friendly Fire” in 1979. The following year, he appeared as J. Robert Oppenheimer in 7 episodes of the miniseries titled “Oppenheimer.” In 1982, he acted as Theodore Roosevelt in “Freedom of Speech” for 12 episodes. In 1988, he portrayed the role of Abraham Lincoln in the miniseries titled “Lincoln”. 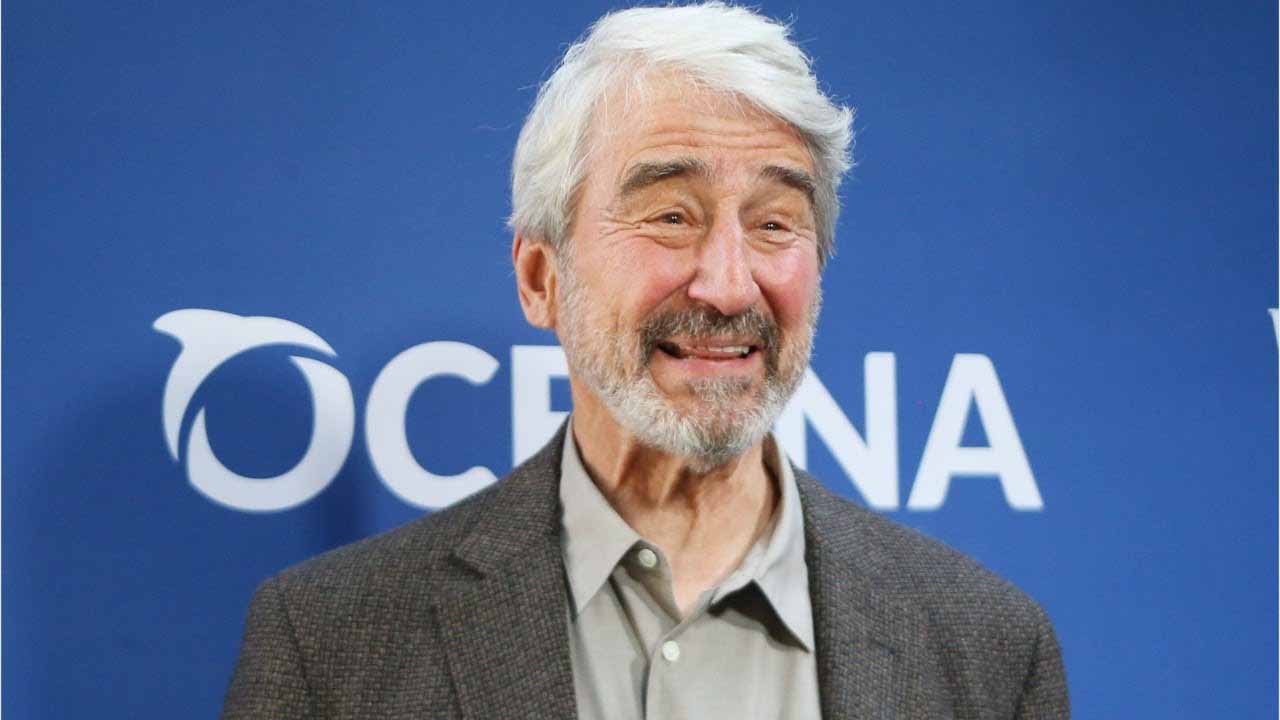 The following year, Sam appeared as William L. Shirer in the miniseries titled “The Nightmare Years.” From 1991 to 1993, he appeared as Forrest Bedford in 38 episodes of “I’ll Fly Away.” Sam Waterston was also liable for the direction of an episode titled “Since Walter” in 1992. He acted in the role of Jack McCoy for 368 episodes of “Law & Order” from 1994 to 2010. Sam reprised this role for several other TV shows of this franchise. From 2012 to 2014, he acted as Charlie Skinner in 25 episodes of “The Newsroom”.

Barbara Rutledge-Johns was Sam’s first wife. They divorced in 1975. They have a son together named James Waterston. The following year, in 1976, Sam got married to Lynn Lousia Woodruff. Lynn is a former model. Together, they have three children. Their children are named Graham, Elisabeth, and Katherine. Sam Waterston makes generous donations to several foundations like Oceana, Meals on Wheels, and The United Ways, to name a few. He is an Episcopalian. He got arrested in October of 2019 for protesting outside I.S. Capitol. The protest was against climate change. 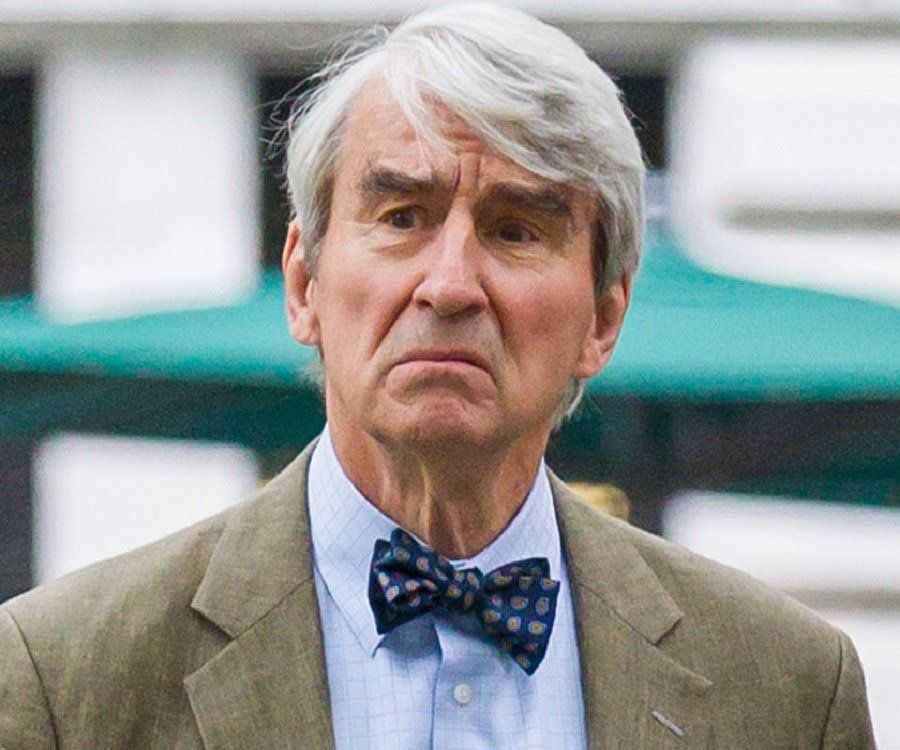 As of October of 2020, Sam Waterston isn’t active on any social media platforms.

Sam Waterston’s net worth is estimated to be around US$ 20 million as of October 2020. He makes most of his fortune from working in films and TV shows.