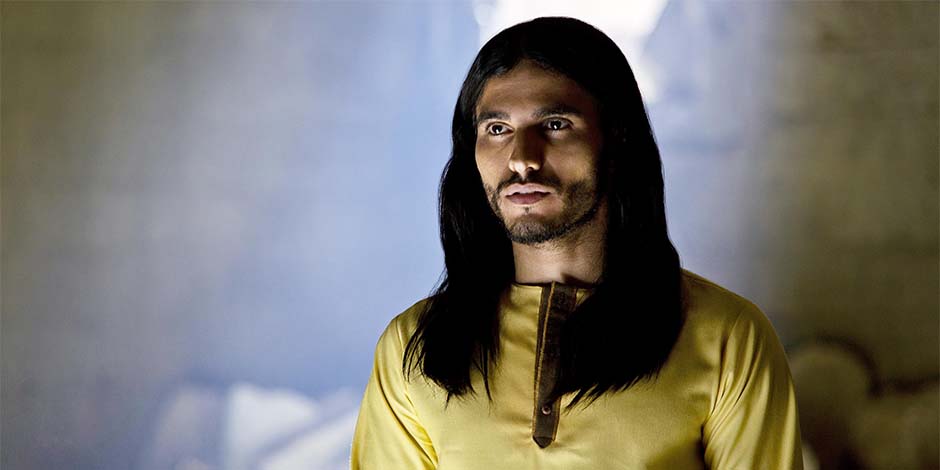 Intuition. The feeling of something unusual just about something before it is going to happen. We can understand the kind of knowledge that pops up in the conscious state of mind without apparent intentions.  Some people find it right; some find it a myth, and some find it magical. We also know it as “gut feelings.” It is something that generates in mind and drives you to make your decision. Many types of research got done on this topic.

According to the scientists, “Powers of Pattern-matching” is the cause of intuition. The judgments of every person result from all the past experiences present in long-term memory. It is processed in a short amount of time and guides us to make decisions at the present moment.  Scientists have also found that when you are not able to conclude complex data. Then the strong inner feelings from inside help to make the decision. It mostly helps us to be aware of the danger and something terrible. Most of the time, it is true, but it’s not always the right one. 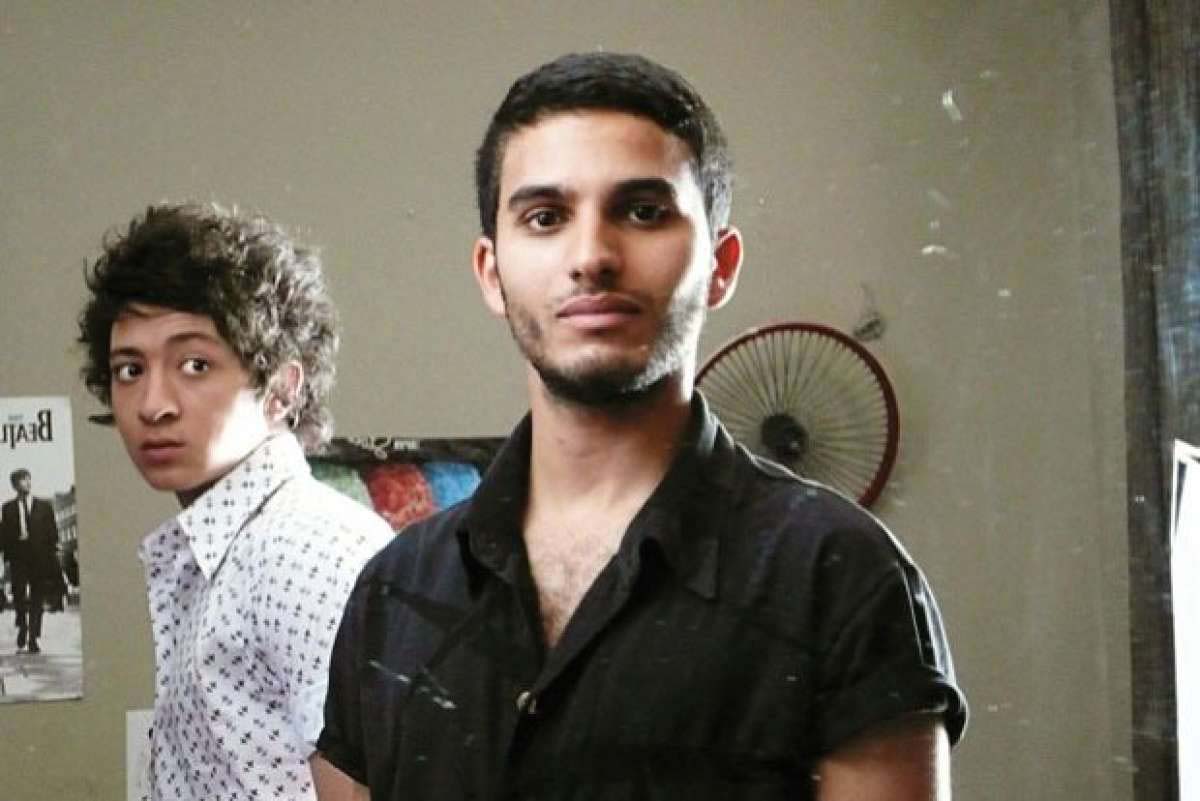 Likewise, Mehdi Dehdi seems to have a strong intuition that made him shine in the Netflix series “Messiah.” Mehdi shared in an interview that his intention made him grow long hairs, which two years before his role. He is also famous for his stage performance. Likewise, he is also a calm and polite human being. His journey has more to express.

The birthplace of Mehdi is Liege, Belgian. He came into the world on 5th December 1985. The more about his family background and childhood is not clear. Mehdi seems to keep his past life to himself. Mehdi Dehbi appears to focus on his recent days to make his future full of happiness.

Mehdi went to the theatre and music school, ” Academie Gretry.” The school got established in the building of “Hospital de Baviere.” He was born in the hospital. He had shared in an interview that he was only three years when he played the role of baby Jesus in school. Likewise, Mehdi studied Drama and Music in the “Royal Conservatory of Brussels.” Mehdi Dehbi also studied in “CNSAD” in Paris. Mehdi started his acting career at the “London Academy of Music and Dramatic Art.”

Mehdi started his professional acting career from the movie “Le Soleil ” in 2002. He was only sixteen years old while being part of the feature film. Abdelkrim Bahloul had directed the movie. And Dardenne brothers had produced it. Mehdi also got nominations for his performance in “Joseph Plateau Awards” for “Best Actor.” Mehdi Dehbi was also part of the movies like “Bourreau” in 2006, “Sweet Valentine” in 2008, “Looking for Simon” in 2010, and “Marry Queen of Scots” in 2011. 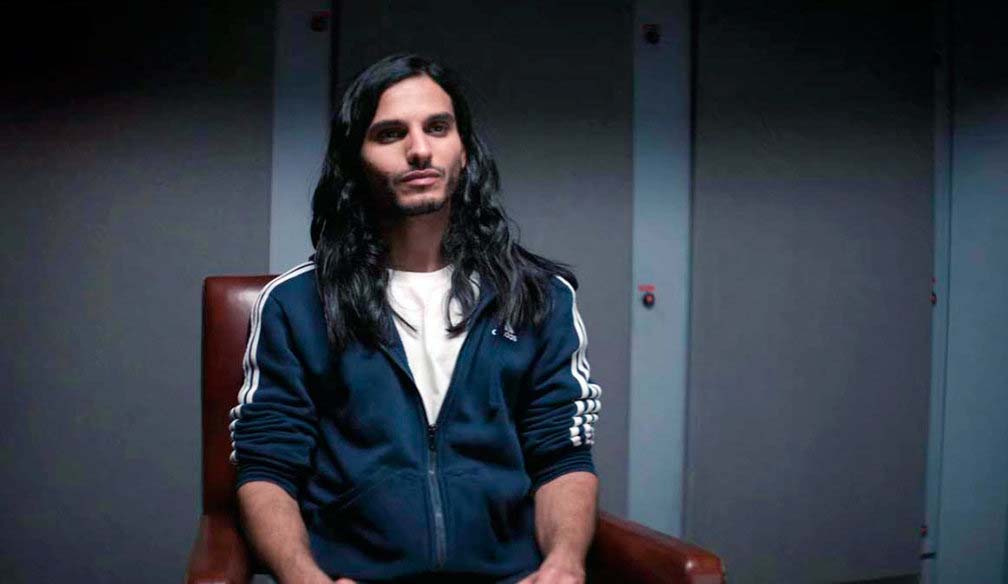 Moreover, ” A Most Wanted Man”  in 2012 and “Lili Rose” & “Another South” in 2013 are the movies with his superior performances. Mehdi Dehbi also did debut in play directly from the theatre “Les Justes.” It staged on “Theatre de Liege.” The success of the artwork inspired the production team to take it to France & Germany in 2013. Mehdi even succeeded in getting nominations in the “2014 Prix de la critique” awards for the director’s category.

Mehdi Dehbi was part of the movies like “Tyrant” in 2014, “London Has Fallen” in 2016, and  “Mescaline” in 2018.  He was recently seen in the Netflix series “Messiah” in 2020. It was a ten episodes series. The show aired on Jan 1, 2020. Just after the release of the trailer, there was very much buzz in the industry. Mehdi Dehbi shared the screen with Tomer Sisley and Michelle Monaghan. There were a lot of assumptions on the show before the release of the show. Some people were taking it from a political perspective, some social and some religious. The show succeeded in leaving everyone with the answers to their questions.

The other significant factor that hooked the audience was the long hair of Mehdi. The views also doubted the reality of his hair. People compared his long hair and look with Jesus. Mehdi shared in an interview that he and the team had no intention of resembling Jesus. Mehdi Dehbi got driven by his intuitions of having long hair before his selection in the audience. Mehdi Dehbi’s purpose of having long hair that grew up to his audience. The long hair might have contributed to his preference.

Similarly, he read the scripts of all the ten episodes of the show. Mehdi Dehbi had a comprehensive framework of his character. Every day he was on the shoot, he was ready to enjoy. His all experience of life had supported him to perform in the show.

Mehdi seems to keep his personal life to himself. There are no precise details about his dating and relationship available. He seems to be indulged in his career to give a magical performance. Although we are not able to trace the past relationships of Mehdi, he is currently single. 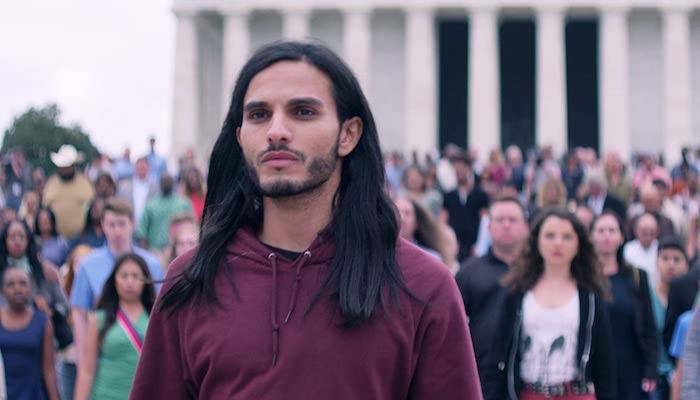 Mehdi is not very much active on social media platforms. His Instagram posts seem to be quite artistic, abstract, and eye-pleasing. He goes with the name of “mehedidehbi_official” on Instagram. Mehdi Dehbi is not available on Twitter and Facebook. Although if you search his name on Twitter and Facebook, you will notice some unverified accounts and fan pages.

The nationality of Mehdi is Belgian. The current age of Mehdi is 34. He belongs to the Tunisian ethnicity. Mehdi has an attractive height of 5 feet 10 inches with a complimentary weight of 70 kgs.