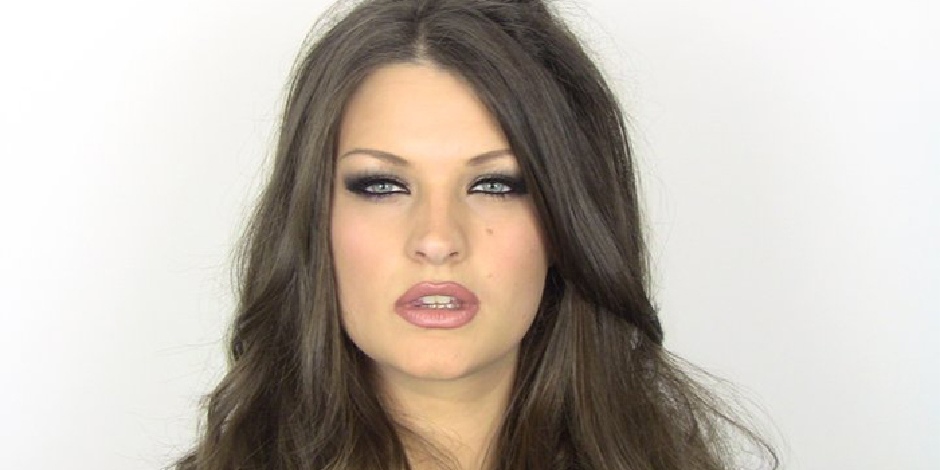 Samantha Chapman popularly known as Sam Chapman is a British professional makeup artist and YouTuber who is well-known for her YouTube vlogs channel, PixiwooMadness.

Chapman was born on 23rd August 1977 in England. She was born to Judy Chapman and her abusive husband whose name is not disclosed in public yet. She grew up with her twin brother, Jim Chapman and John Chapman, and her little sister, Nicola Haste. Her brother, Jim Chapman is a well-known YouTuber, writer as well as model. Her sister, Nicola Haste is also a makeup artist as her sister.

Samantha has already mentioned a lot about her abusive father. Her father was very abusive to her mother and used to threaten her and her brothers and sisters. As an elder sibling, Sam felt the necessity to stay awake and to help her mother. Her father used to threaten her and her siblings that he will kill them if their mother runs away from home.

Chapman has British nationality and white ethnicity. Her birth sign is Virgo.

Samantha Chapman gained her Bachelor’s degree from the College of West Anglia in Cambridgeshire, England. She was tutored by Louise Young for makeup and hairdressing. Sam also interned as a makeup artist for some months before running her makeup courses.

How did Samantha start her Career?

Chapman started her career straight as a makeup teacher after her she finished her internship with Louise Young. She opened a YouTube channel with her younger sister, Nicola Haste. Her channel, PixiwooMadness has gained over 301 thousand subscribers.

Sam and Nicola have also opened their own makeup line Real Techniques. The brand also has over 311 thousand subscribers on YouTube. Her brand uploads videos of makeup tutorials and their products. Sam along with her siblings has been featured in several biggest magazines including Harpers, Elle, The Sunday Times, and many more.

Who is Samantha in a relationship with?

Samantha has been in many relationships before but she is currently single. She was also married to a man named Danny. She gave birth to two beautiful children, Lily Chapman, and Olivia Chapman. Unfortunately, the couple got divorced not long after.

She was also in a relationship with a guy named Ryan Andrews. Unfortunately, her relationship also turned out to be an abusive one. One of her boyfriends also kicked Sam in her stomach because of her smoking habit. She told in an interview with Marie Claire,

“I honestly don’t think I’ve ever been in love or ever will be.”

Sam currently resides in Norwich, England with her children.

Sam celebrated her 44th birthday on August 2021. She stands 5 feet 10 inches tall and as a mother, she has maintained her body quite well. Sam is a health freak and we can see her doing some home workouts in one of her YouTube vlogs. She has blonde hair and hazel eyes. Sam has a straight sexual orientation.

Samantha is active on Instagram. She has gained over 1 million followers and can be connected with @samchapman. Samantha is not present on any other social media platform. On the other hand, her Instagram account is also on private mode.

What is Chapman’s current net worth?

Samantha Chapman has an estimated net worth of $1.5 million as of 2021. She made her earnings through her career as a makeup artist. Following her success with her makeup brands, she has worked with several famous artists and also in Paris fashion shows. Her brans, Real Techniques have been awarded for their qualitative brush. Sam is leading a successful life as of 2021.